I can’t believe I’m posting two sweet recipes in a row; I think all this Easter chocolate has gone to my head. I’m not used to consuming so much sugar in such a short space of time. My excuse for this second cake recipe is that, believe it or not, my brother’s birthday was on Wednesday too, as well as my Dad’s. It’s a bizarre coincidence, and must have given my Dad a pretty eventful birthday 28 years ago.

Despite this post and the last, I genuinely don’t usually like cake very much. It’s often dry, and sometimes doesn’t have much taste other than just generic sweetness. 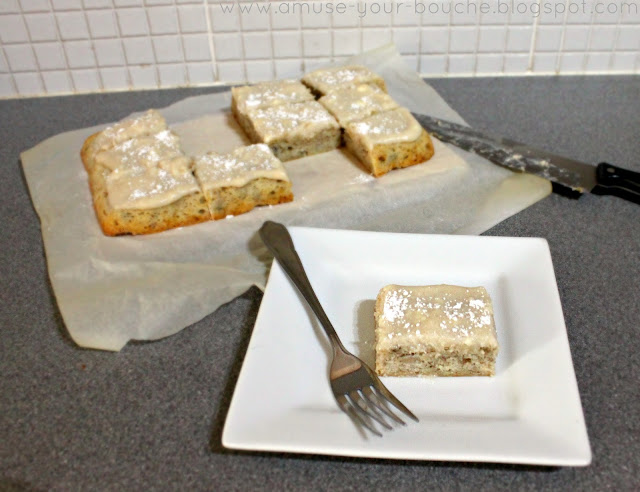 This cake is anything but dry and tasteless. The banana permeates the entire cake, making it irresistibly moist, and the small chunks of banana create pockets of intense flavour. I’m not a huge fan of bananas on their own, but in this they were wonderful. I’m aware that fruit in its cake form is probably not quite as good for you, but oh well. 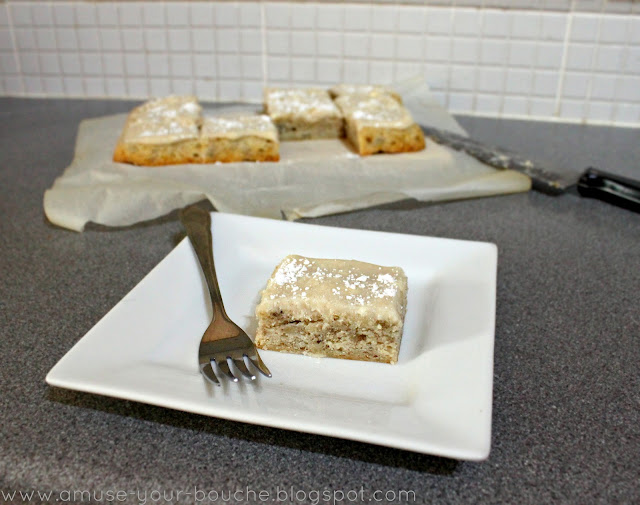 The cream cheese icing was also something I’d not tried before. I usually make a simple butter icing, which is always great, but cream cheese will be my new go-to ingredient for icing. It’s softer and creamier than butter icing, and has a slight tang that just cuts through the sweetness. 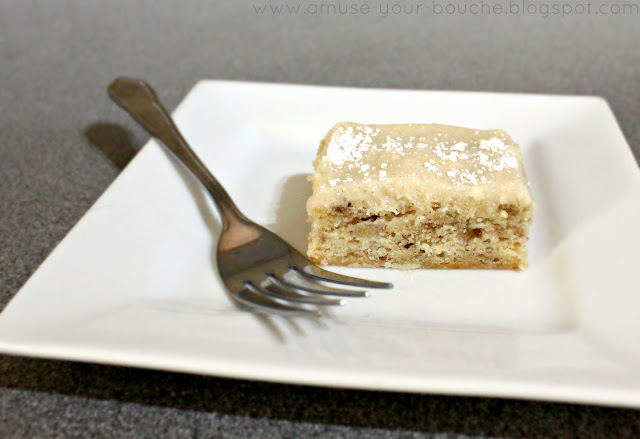 Since it’s Easter Sunday today, I suggest you whip up this cake to enjoy with your dinner… you know, in between all that chocolate.

Add all cake ingredients to a large mixing bowl, and beat until well combined. Pour mixture into a buttered baking dish, and spread around into an even layer.

Bake for 25 minutes, or until a knife or toothpick inserted into the middle comes out clean. Set aside to cool.

Meanwhile, mix the icing ingredients together, and spread over the cake once it is fully cooled. Cut into bars.