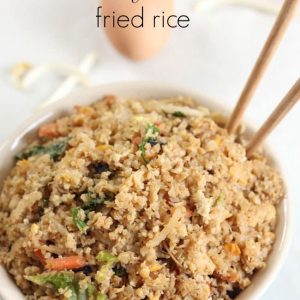 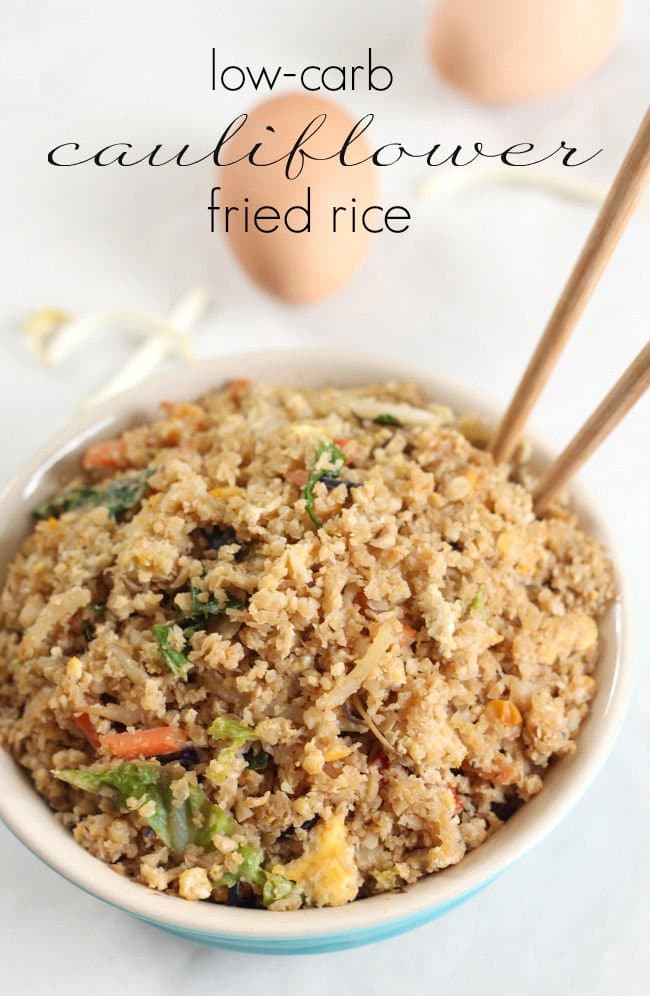 Since I’m now pretty much cauliflower’s biggest fan, and found it such a good replacement for bread in my cauliflower pizza, I thought I’d see how it held up as an alternative to a different carb – rice! I’ve seen cauliflower rice all over the web, but rather than serve it plain, I decided to use it in one of my favourite rice dishes, and make cauliflower fried rice.

Cauliflower can literally do no wrong in my eyes at the moment. 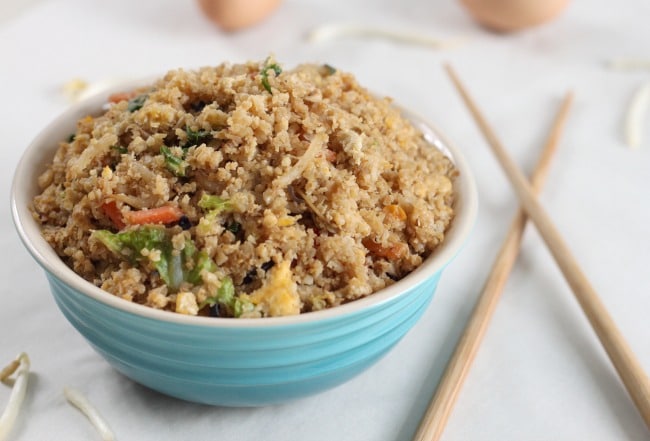 Cauliflower rice is basically just raw cauliflower whizzed up in a food processor until it resembles rice – it only takes a few seconds. Then you can steam it or sauté it however you please. Because it’s just 100% vegetable, I wasn’t expecting it to be remotely similar to ‘real’ rice – I thought it might be one of those things that looks the part, but actually tastes a bit rubbish. 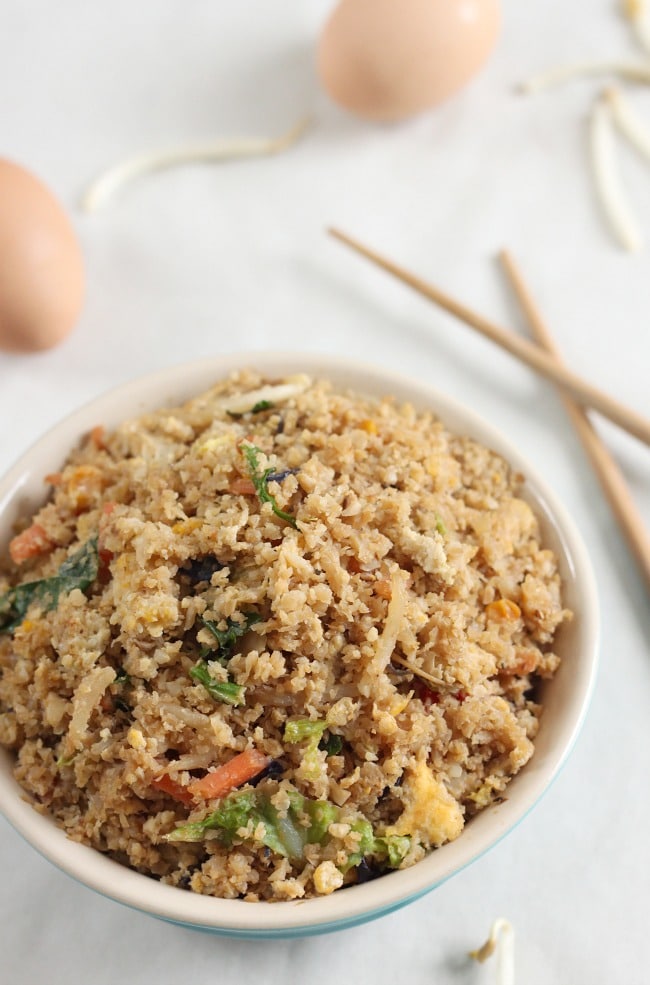 Buuut, it was actually more similar than I thought it would be! It’s definitely a little softer, with a finer texture and less of a bite to it (actually more similar to quinoa than rice), but even so, it was definitely a great substitute. I added a handful of stir fry veg to add a bit more texture (a mixture of carrot, cabbage and beansprouts), and with the usual additions of eggs and plenty of soy sauce, it tasted just like egg fried rice! Especially if you’re serving it alongside your favourite Chinese veggie dish, it totally hits the spot and makes a great low-carb alternative to rice. 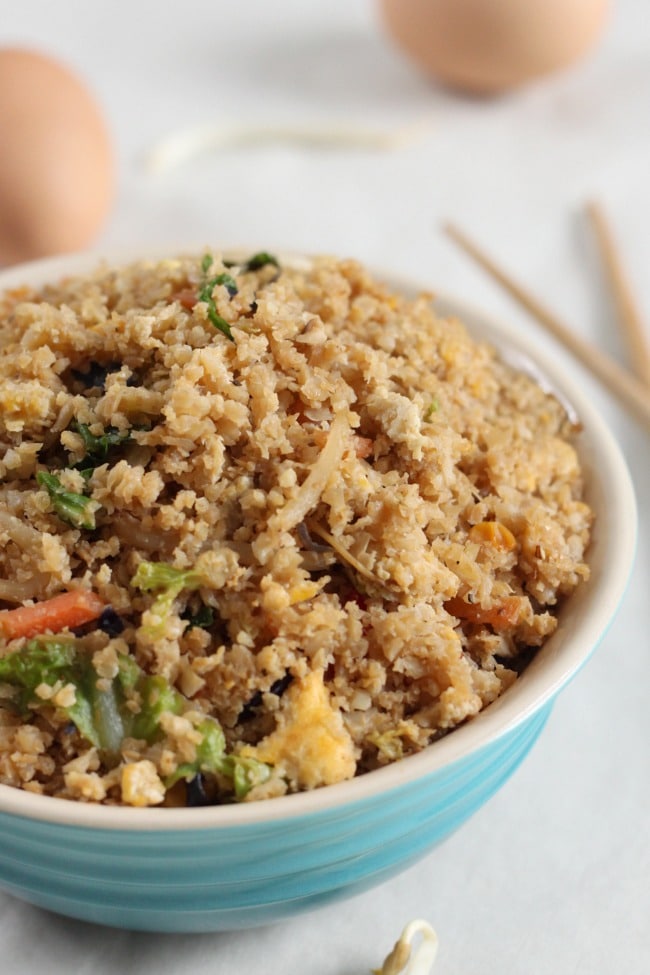 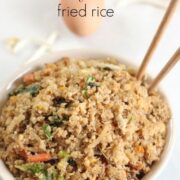 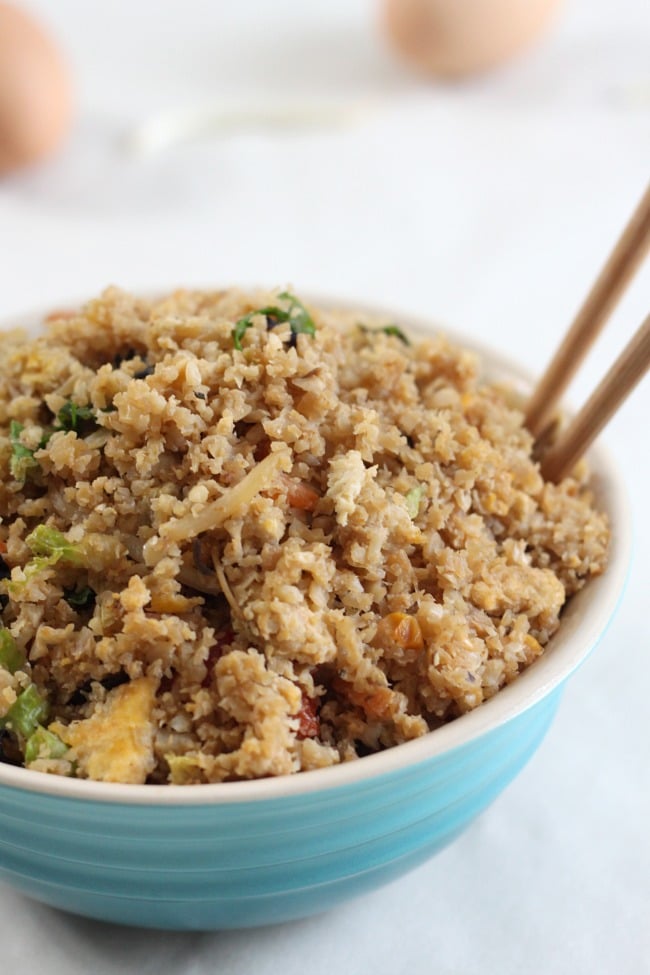 Want yet another alternative to egg fried rice? How about quinoa fried rice? 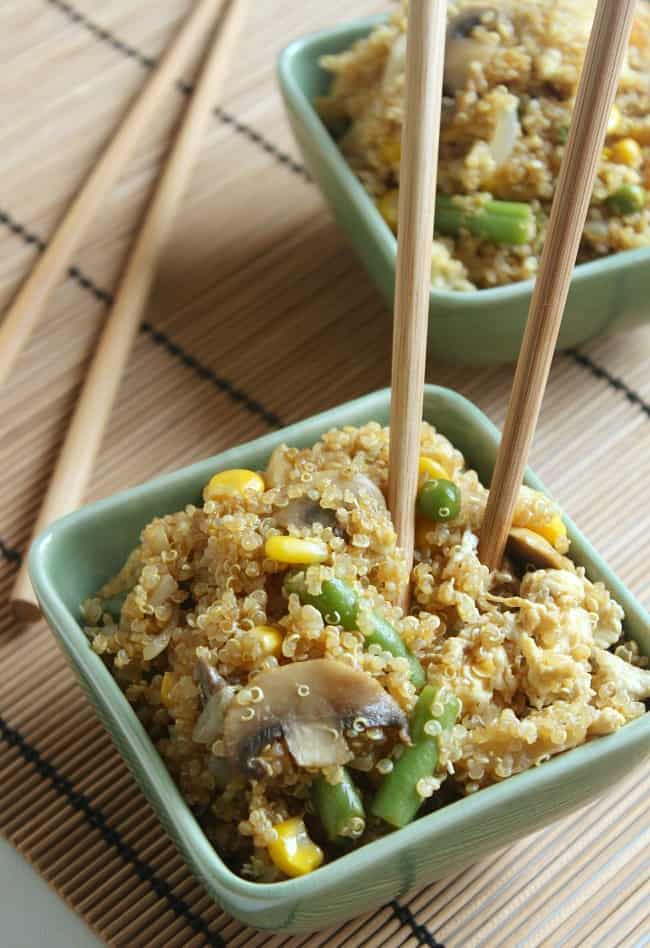