Panzanella is an Italian salad made from stale bread.

… bear with me. It’s much nicer than it sounds – especially this Peppadew panzanella! Hopefully the photos will convince you of that. It’s also great for disorganised people, because it actually requires that you use slightly old bread. Hallelujah!

As well as chunks of stale bread, this Peppadew panzanella has juicy tomatoes, capers, red onion, and a seriously tasty dressing made with basil pesto and olive oil. Aaaand, as if that wasn’t enough, it’s taken to the next level with the addition of spicy Peppadew peppers. I’m sure you’ve heard me rave about these babies about a million times before, but just in case you’re not familiar, they’re slightly sweet and slightly spicy, and they go beautifully with the other flavours in this panzanella. Salty capers, herby pesto, juicy tomatoes… this salad has a bit of everything.

One of my favourite things about panzanella is that it makes use of old bread that might otherwise be wasted. We don’t eat bread that often in my house, so whenever I buy a loaf (often just to make breadcrumbs!), it can be a real chore to get through it. Panzanella helps use up a good amount of bread in one delicious swoop. It’s actually better to use stale bread, so it’s perfect for those of you who buy stuff like bread and then don’t actually get around to using it for a few days…

This Peppadew panzanella is the perfect summery dish, but the bread makes it nice and filling too, unlike salads that are 90% leaves.

If you want to give this Peppadew panzanella a try, Peppadew® products are stocked in Waitrose, Tesco, Morrisons, Sainsbury’s, Asda and Co-op – or if you’re in the USA, you can buy them online!

Note: Nutritional information is approximate, and will depend on exactly what ingredients you choose. Information above is for one third of the recipe.

If you’re a fan of hearty and filling salads, give my toasted gnocchi salad a try: 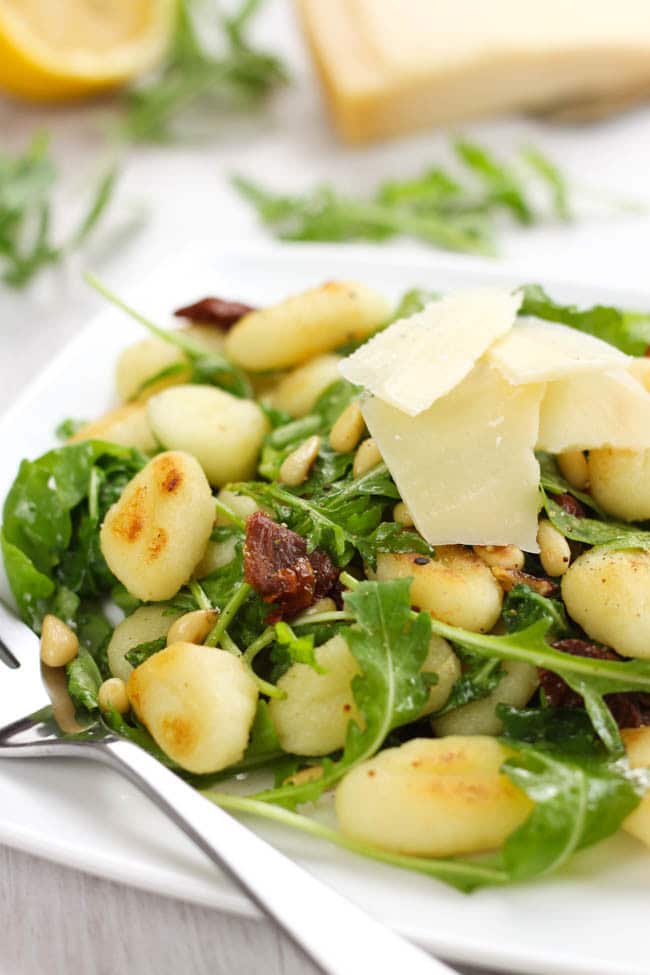 The salads sound amazing, and just the kind of thing I would eat. I need things like this to be interesting and this is!

There are plenty of yummy ingredients in here to keep things interesting! :)

Oh wow, I am watering at the mouth just looking at these pictures. I have been looking for some different recipes so bookmarked this for later. Fab recipe!

I have heard of this before but never tried it. It looks really nice and great to have on a summer evening

I have never ever come across peppadew peppers though I do like my spicy food and do like the sound of these quite a lot.

If you spot them, give them a try - they're very slightly sweet and nicely spicy, and they add so much flavour to whatever you're cooking :) Or they're great eaten straight out of the jar too! ;)