The France Show is coming to London next weekend, so after a Scottish-inspired recipe last time, here’s something a bit French – I seem to be slowly working my way round Europe one recipe at a time (at least it’s cheaper than flying).

The France Show is a celebration of all things French – including, most importantly, the country’s food and wine. So I thought this was as good a time as any to set free my inner Rébecca (who I imagine to wear a beret and be far classier than plain old Becca), and share a traditional French recipe. I had a bit of trouble deciding what to make – a classic French quiche? A rich vegetable ratatouille? Tartiflette, cassoulet, fondue?! French food has so much going for it – so many beautiful rich flavours.

In the end, I settled on making seitan steak frites. It’s inspired by the classic French dish, which is basically just steak served with frites (aka chips, aka French fries). It’s a does-what-it-says-on-the-tin kind of recipe.

Obviously I didn’t use ‘real’ steak – I made a homemade seitan steak, which was actually surprisingly easy! I kind of merged together about five different seitan recipes to come up with my own version. I imagine it’s the kind of thing I’ll tweak and change a little every time I make it, but this was a great starting point.

The seitan steak has a chewy texture which, in all honesty, probably isn’t exactly the same as meat. But, for a vegetarian or vegan who just wants something meaty to chew on every now and then, it was great. It does use a couple of ‘weird’ ingredients – vital wheat gluten and nutritional yeast – which I generally try to avoid using in my recipes. But sometimes I guess I just feel like getting a bit weird.

To give my seitan steak a bit of extra French flavour, I made an easy mustard and tarragon sauce to drizzle over the top – two classically French ingredients. It helps to keep the seitan steak nice and moist, and gives it a real punch of flavour. If you’re not a fan of tarragon (it’s quite aniseedy, which I know can be controversial), I’d recommend trying sage or rosemary instead. And don’t forget a nice chunk of crusty French baguette on the side to mop up any leftover sauce!

If you’re interested in finding out more about The France Show, which is coming to the Olympia in London this weekend (27th – 29th January), check out their website. You can also go here to get reduced price tickets – just £5 each (plus a tiny booking fee!). If you attend, you’ll be able to enjoy tutored wine tasting, live cooking demonstrations, a French market full of goodies, and even cancan dancers!

Just make sure you bring me back some French cheese!

For the seitan steaks:

For the mustard tarragon sauce:

Note: Nutritional information is approximate, and will depend on exactly what ingredients you choose. Information above is for one seitan steak with sauce.

Love French food? My roasted French onion soup is one of my favourites! 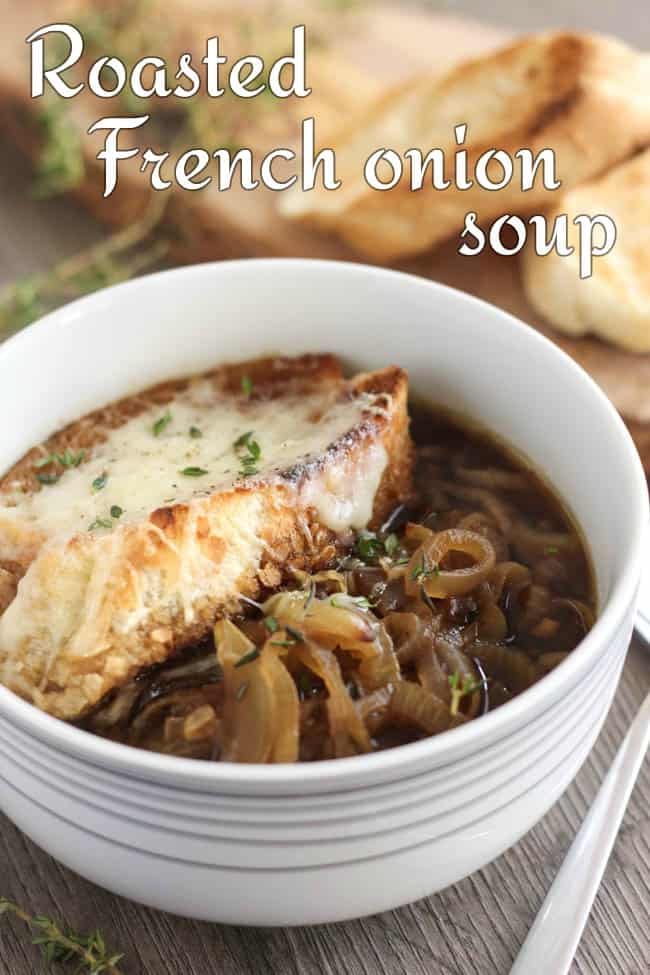 Oh my. That looks really really good. I have to try that out for myself.

My mouth is watering at the sight of this!

This is so awesome! I'v enever heard of Seitan steak before- let alone an almost vegan one!I must, must try this! And love the tarragon sauce too!

I have never tried seitan before, but this looks like a delicious first way to try it. Those chips look perfect too.

I have never cooked with chickpea flour but these look so good, I'll have to give them a try. Yum that tarragon sauce!