I feel like I should be posting a British recipe today, since this weekend is all about the Queen’s Diamond Jubilee (she’s been on the throne for 60 years). There are lots of celebrations going on this weekend (street parties and the like), and people with normal jobs (unlike me) will be getting a 4 day weekend. So I should really be posting a recipe for a Battenburg cake, a Victoria sponge cake, something regal like that… but, I don’t like cake. And I’m too lazy to plan my blog posts that thoroughly.

So, have some lasagne instead!

Start with some fresh asparagus… 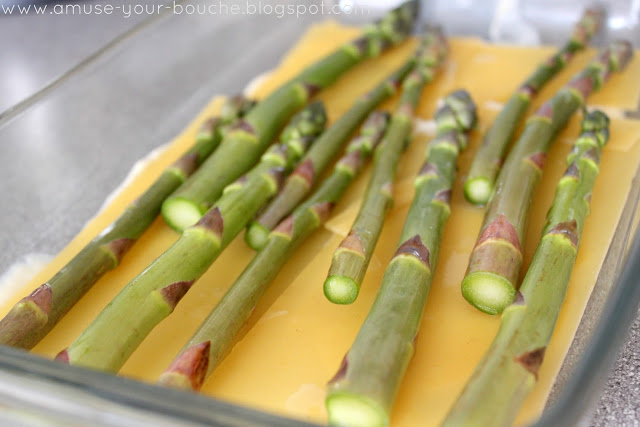 Layer it up with a vivid green sauce made from copious amounts of fresh spinach, along with lots of other delicious things like pasta and mozzarella… 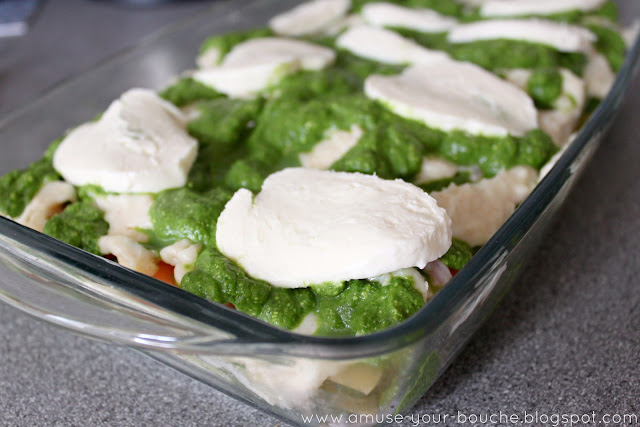 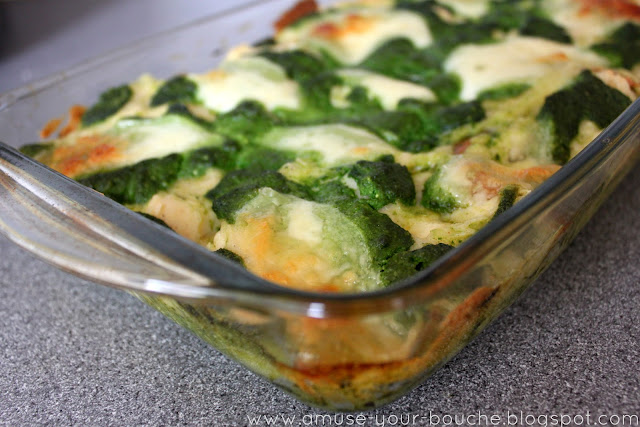 Lasagne can often be a bit of a faff, but this was so quick and easy – barely any more effort required than other pasta dishes. The white sauce is the thing that takes the longest, and even that takes about twelve seconds (I may be just slightly exaggerating here – but only slightly). 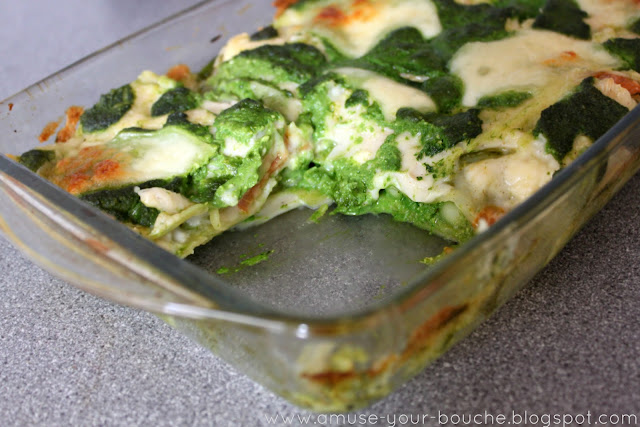 I love the way the spinach sauce and white sauce combine with the melty mozzarella to give a sort of marbled effect on top. It’s a really striking dish, and it tastes amazing – fresher and slightly lighter than normal lasagne, but just as comforting. This spinach sauce is delicious – I can’t wait to try it on other things too. 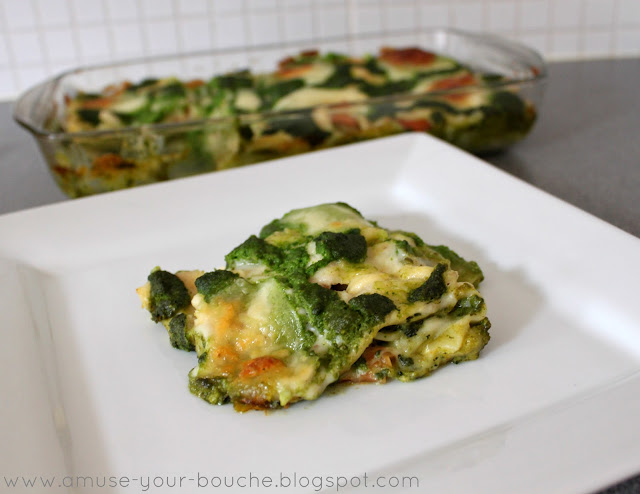 If you have the self-restraint to limit yourself to a portion this big, I salute you. 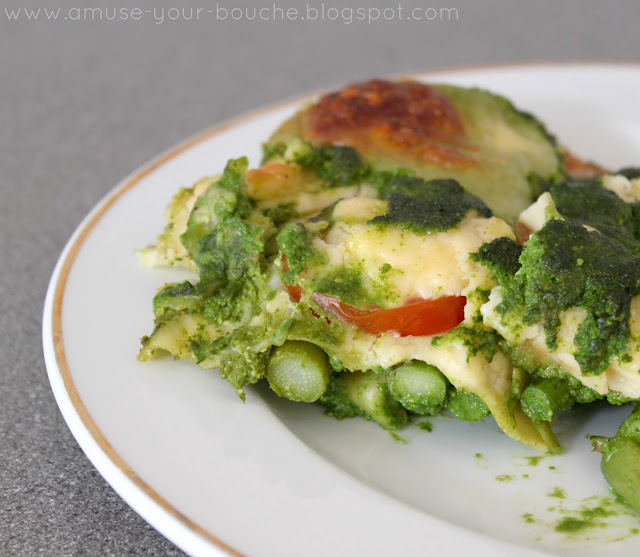 In a blender, combine the garlic, spinach, pine nuts and plenty of black pepper. Blend until smooth.

Melt the butter in a saucepan, and then add the flour. Stir well to form a thick paste, and continue to stir for 1 more minute to cook the flour. Add about a third of the milk, and stir until smooth, before adding another third, stirring to combine, and then adding the rest. Add the nutmeg and stir to combine.

In a baking dish measuring approximately 12 x 8 inches, spread out a little of the white sauce – just enough to cover the base. Then add one layer of lasagne sheets (my particular dish required three sheets to cover). Lay the asparagus on top, ensuring that all areas of the dish get some. Add half the spinach sauce, and spread it out to cover. Then add another layer of pasta, followed by the tomatoes and cheddar cheese. Pour over half of the remaining white sauce, and spread it out gently with a spoon. Add one more layer of pasta, and the remaining white sauce. Put the remaining spinach sauce on top, and add the sliced mozzarella.

Note: If your lasagne is not the type that can be baked from raw, boil the sheets first and then reduce your baking time to 20 minutes.

I'm totally drooling over this right now. Thanks for linking up at my blog hop!

What a delicious looking lasagna! Asparagus is one of my favorite vegetables, I love it!

I love how easy and light this lasagna is... perfect for Spring. Thanks for sharing it on foodie friday.

I just saw this on Picturing Food and it looks so awesome!

This looks soo delicious! Love the combination of ingredients and plus the colours look gorgeous!