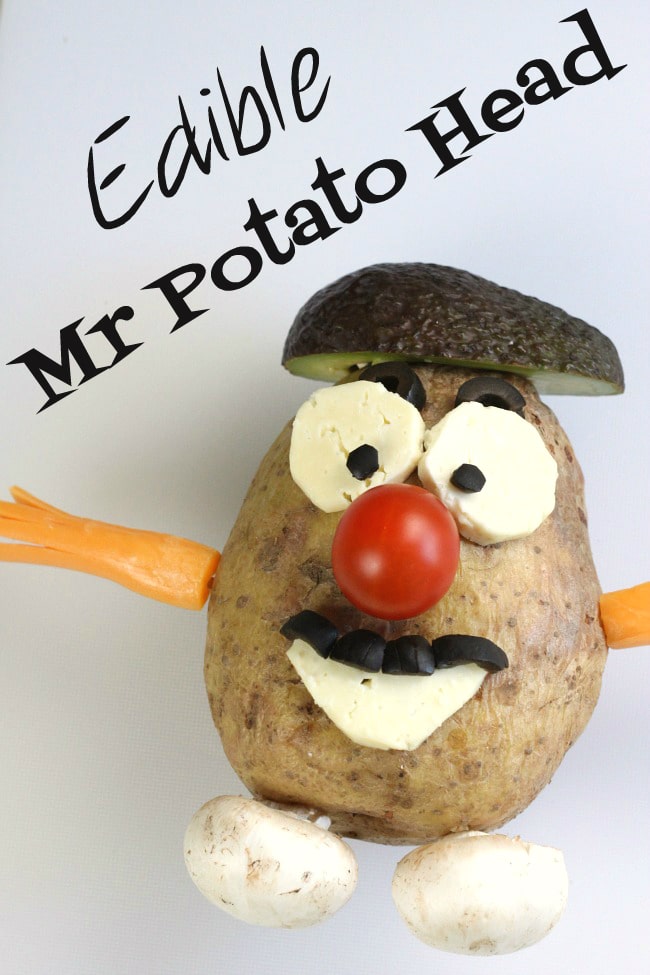 I think this might just be the single most ridiculous recipe I’ve ever shared here. In fact, it’s not even a recipe really, it’s just a reason to giggle to yourself in the kitchen for twenty minutes while you try to cut some teeth out of a bit of feta cheese, and make a pair of eyebrows out of a black olive.

As I said – ridiculous.

So, what’s the reason for this monstrosity? The Brits among you may be able to guess based on the veg I used for MPH’s nose. His red nose, I should say.

That’s right! Red Nose Day is coming up on 13th March, and to help support the campaign, I was asked to prepare a ‘funny bake’… well, I’m not the best baker in the world, but if there’s one thing I can manage, it’s a baked potato – and nothing is funnier than a hat made of an avocado.

In case you’re not familiar with Red Nose Day (I’m guessing a lot of non-Brits won’t have a clue what I’m talking about), it’s a campaign that raises millions of pounds every other year. Every single pound of donated money goes towards people who need it, both in the UK and abroad. You can find out more on the Red Nose Day website.

If you’d like to help the cause this year, you can buy your very own Henry Holland designed Red Nose Day apron by Homesense (as well as other RND merch) – £6.50 of the cost of the apron goes straight to the campaign. You can see the apron below, being modelled by some strange person who appears to have broken into my kitchen and pranced about a bit. 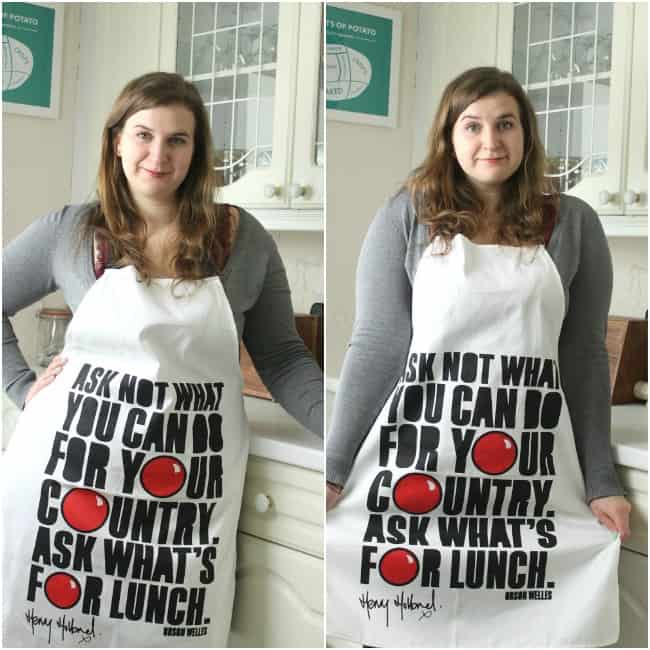 I call these ones ‘oh god what am I doing, I’m not a fashion blogger’ and ‘I wonder what happens if I shrug my shoulders a bit’, respectively.

Anyway, back to Mr Potato Head. He was actually surprisingly easy to make, with the help of some strategically placed cocktail sticks. His eyes and mouth were cut from a thin slice of feta, the eyebrows, pupils and moustache were tiny pieces of black olive, and the nose was obviously a nice round cherry tomato. Then I just added some string cheese arms, an avocado hat, and some mushroom shoes, and he was complete! 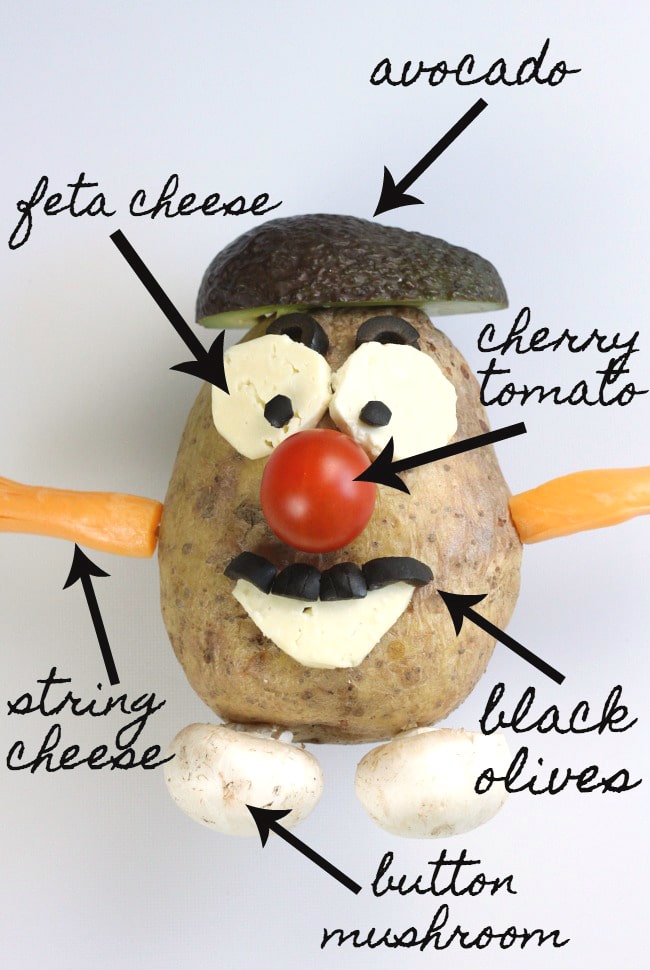 Look, he has actual fingers and everything! 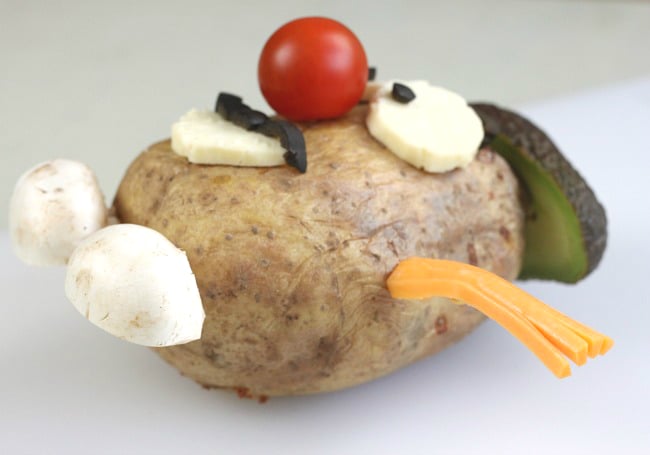 Obviously you can make your Mr Potato Head however you like, if you’re not keen on my ingredient choices. I was originally going to add some big ears too, but I thought he looked better without, so I left them off (because obviously, he needed to look just perfect and not at all comical… hardy har). I was considering using raw cauliflower florets for the ears, but then I decided that I wanted everything to be edible (I know you can eat raw cauliflower, but it’s not exactly tempting). That way, he can just be smashed up with a fork to eat (sorry MPH), without having to worry about removing the inedible bits (apart from the cocktail sticks!!! You definitely want to remove those…).

Are you going to make a ‘funny bake’ to help support Red Nose Day this year? If so, make sure you share a picture on Twitter using the hashtag #raisesomedough 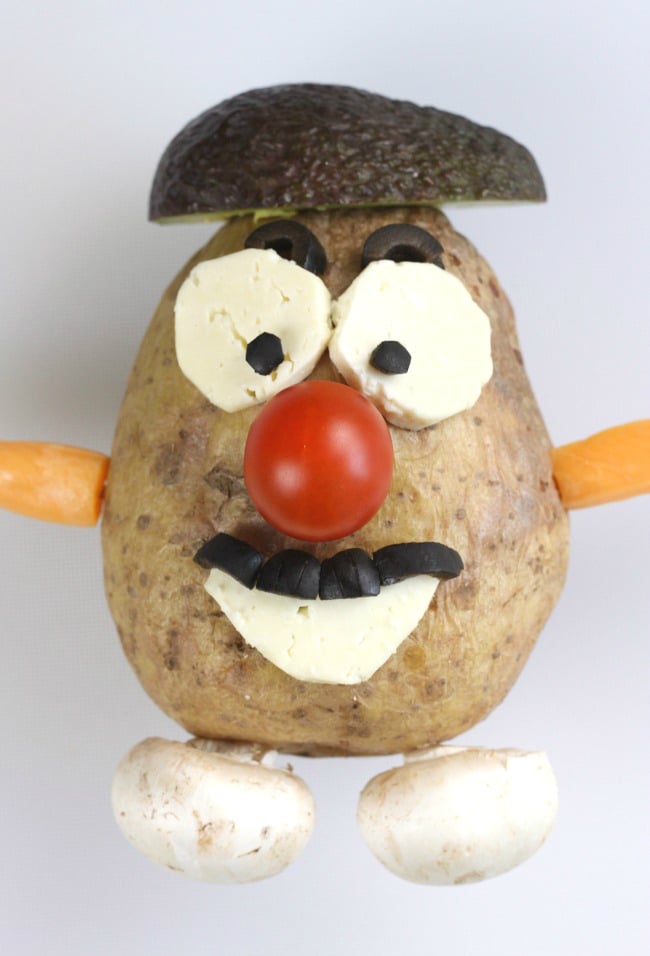 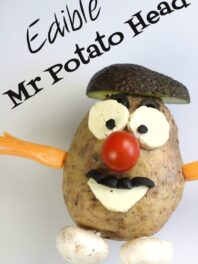 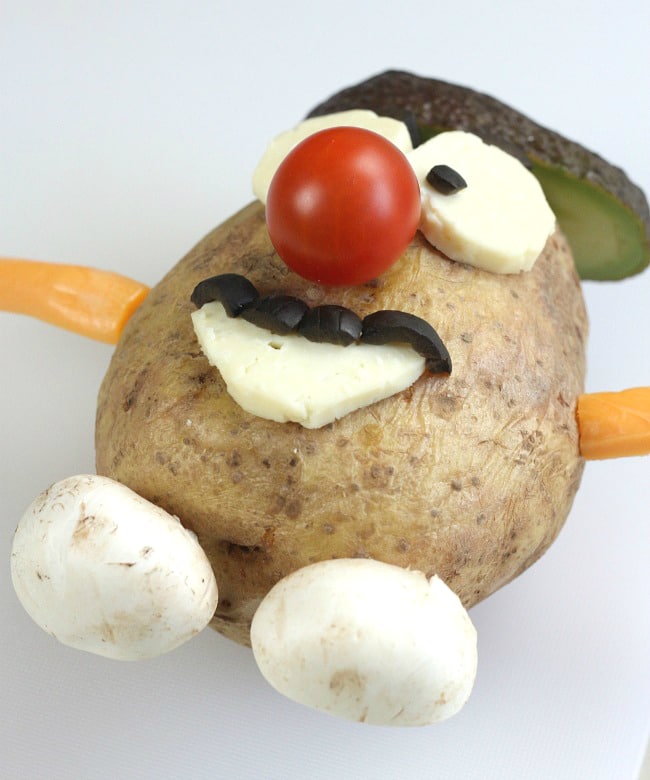 Want a slightly more normal use for your potatoes? Try taco potato crisps: 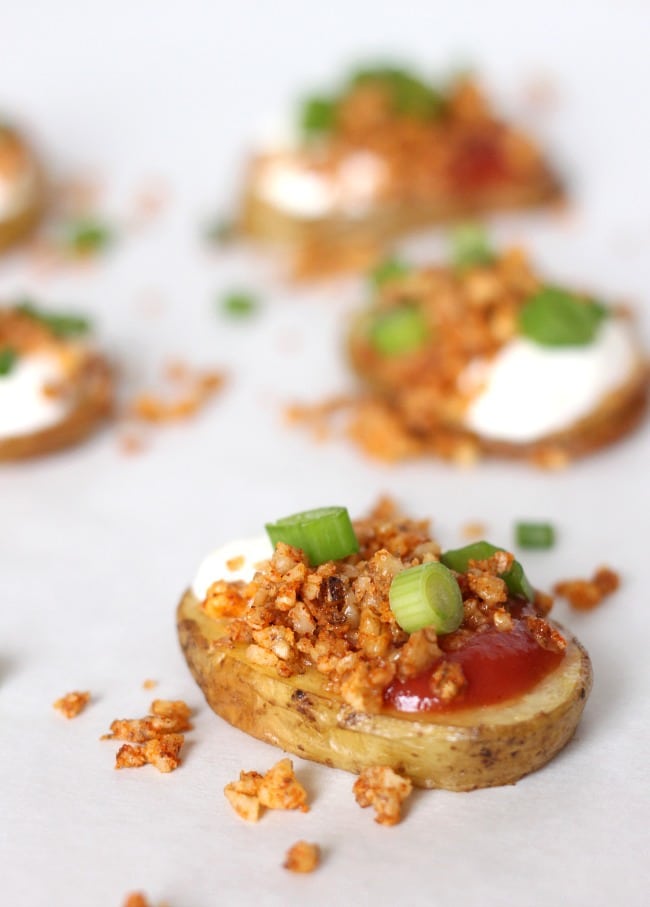 This certainly did amuse my bouche - good job!!!!

Amazing idea! Thomas will love it

This is such a great idea. My kids would love this! I find when kids help prepare their own meals they are more likely to eat them. Thanks for sharing :)

That is SUCH a cute idea - my kids are going to love it.

How cute is your Mr Potato Head Becca?! That made me properly smile this morning :-)