If I was imagining a healthy curry, a korma would not be it.

A korma is usually super rich, super creamy, and super sweet- not exactly a light option.

But, since avoiding all the nice things in life in the name of health is frankly quite boring, I thought I'd just lighten it up a bit instead. A healthier korma!

Compared to the curries they do at my local Indian take away, my healthier korma uses:

- lots more veggies, to bulk it out and fill you up with the good stuff
- low-fat Quorn pieces, which give 10g of protein but only 67 calories (!!!) per serving
- Greek yogurt, rather than super high fat cream or coconut milk

... but don't worry, it's still really tasty! The spices add heaps of flavour, along with just a couple of spoonfuls of coconut and sultanas, and a touch of sugar to add that all-important sweetness (use honey instead if you prefer!).

All in, it comes out at a little over 300 calories per serving (and it ain't one of those teeny tiny diet-sized portions either, we're talking a good plateful) - so you can still have some rice or naan bread alongside it too. Very, very satisfying.

I must admit, it did take a few attempts for me to figure out the best way to add the yogurt to the sauce without it curdling. When the yogurt splits, it still tastes fine, but it doesn't look too pretty, so it's best to try to stop it from splitting if you can!

After doing a bit of research, here was the main advice I found. I put all of these techniques into practice and had huge success! The sauce was smooth and silky. I'm not sure which of these things was the main reason my yogurt didn't split - I'm guessing a combination of all of them.

Phew! Sounds like a lot when I write it all out, but it doesn't take a lot of time, and those few extra steps really do help to create a lovely, luxurious-tasting sauce! 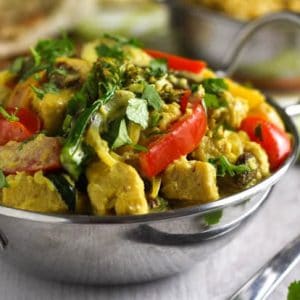 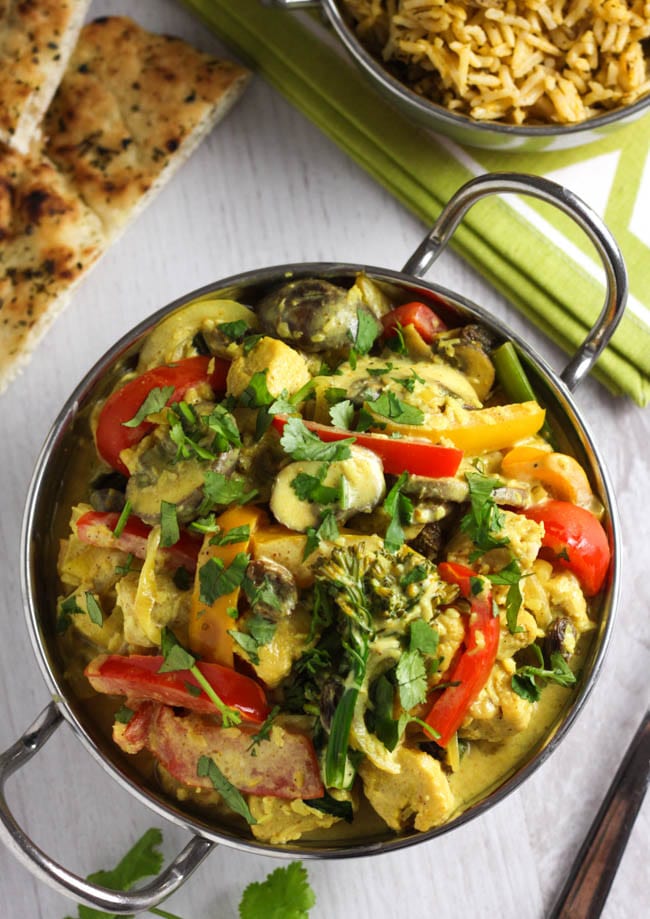