Three weeks down! Only one and a half weeks of Vegan January left. I must say, as much as I've been enjoying the vegan meals I've been making, I'm kind of looking forward to February. I definitely don't think I'm cut out to be vegan long-term - respect to those who can do it!

Perhaps if I was allowed one non-vegan meal a week just to get my cheese fix, it would be a lot easier for me, because I am actually coming up with plenty of awesome vegan dinner ideas - like these lentil and black bean tacos. They're a simple mixture of lentils, black beans and spices, served in a tortilla with whatever other taco fillings you fancy - I went for salsa and some fresh coriander, but avocado, tomatoes, red onion, or (if you really want to make me jealous) some sour cream or grated cheese would be great too.

The lentil and black bean mixture in these tacos is great hot or cold, so they're also pretty good for taking to work for your lunch. Just beware that you might need a bib if you're likely to end up making as much of a mess as I did - you can't really fold in the end of a taco in the same way as you can with something bigger like a burrito, so everything inevitably slips slowly out of the open end. I'm sure there's some technique to eating these things neatly, but I've yet to find it. Maybe a knife and fork is the answer, but I think I would feel a little ridiculous doing that (and this from a girl who uses a knife and fork for pizza).

Perhaps we just need to embrace the fact that tacos are messy, but as long as they're delicious, it's okay. These were definitely worth it.

If you like quick and easy Mexican-style meals, try these enchilada noodles: 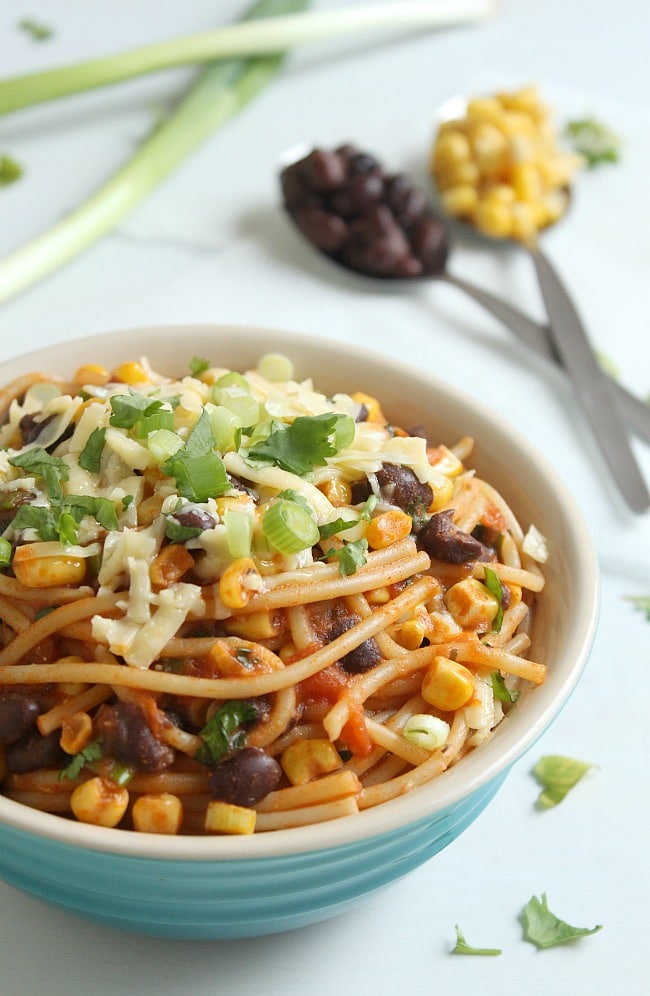