Lentil and bulgur soup with lemon and parsley

So, the Olympics kick off tonight with the opening ceremony! (well technically they kicked off a couple of days ago with the women’s football, but I mean… nobody watched that). Since I’m at home moping around being ill, I’ll probably try to watch some of it. What about you? I’m guessing a lot of you will be watching – the rest of the world seems infinitely more excited about the Olympics than us Brits, who are mostly just annoyed about all the traffic problems and all the money being spent on the Games instead of more important things. Grumble grumble grumble.

If you feel you should know more about this year’s host country, take a look at this article about the UK. It describes some of our ‘oddities and complexities’ in 212 words each. I feel it’s a pretty accurate reflection of us. I especially like the section on nationality – here’s a few choice sentences that I enjoy:

So there you have it – easy peasy. I never understood why foreigners don’t understand the whole England vs Great Britain vs UK vs British Isles thing. It’s so simple!

Anyway. Onto this soup. I think it’s actually my favourite soup everrr. 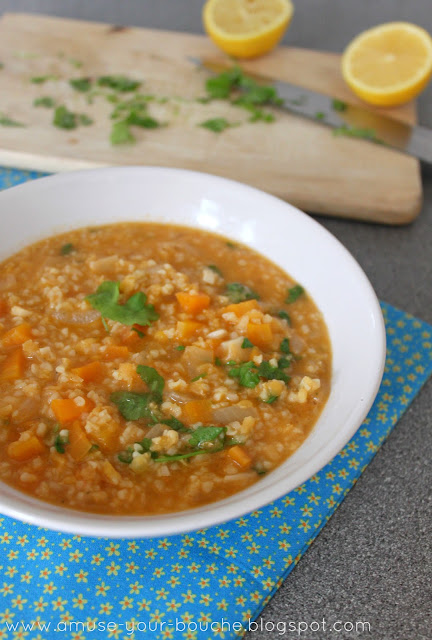 I’d never cooked with bulgur wheat before (it always makes me think of ‘vulgar’, which isn’t very appetising), but I decided to give it a go. The first thing I learned about cooking with bulgur? Be very, very careful when opening the packet. 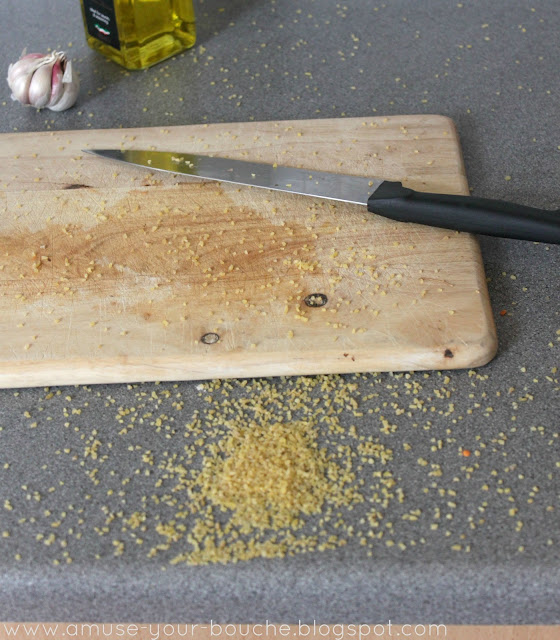 Whoops. Once I actually managed to get it in the pan though, it was really easy to cook. As I expected, it didn’t have much flavour, but added a lovely texture to the soup. 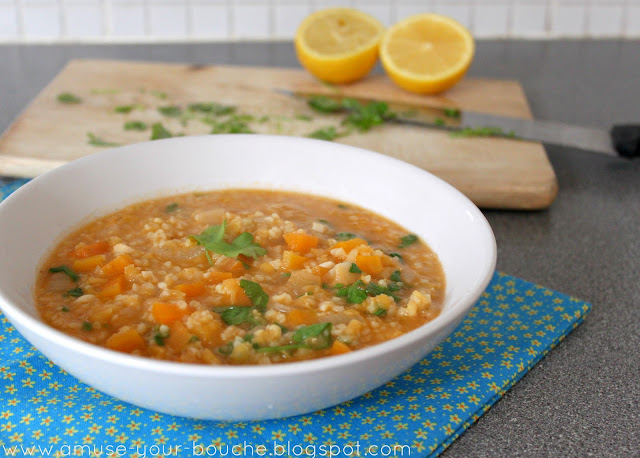 Also, since the bulgur ‘diluted’ the taste of the lentils a little, it allowed the fresh flavours of the lemon and parsley to shine through. When I’ve made lentil soup in the past, it’s been hearty and comforting, and while this was both those things, it was also light and summery. But filling at the same time. What a conundrum. 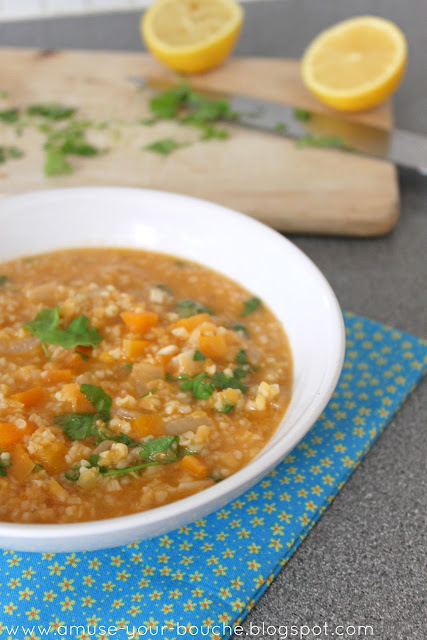 This was just what I needed to soothe my raw throat (my cold has developed into a chesty cough, lovely!), and definitely made me feel a bit better. 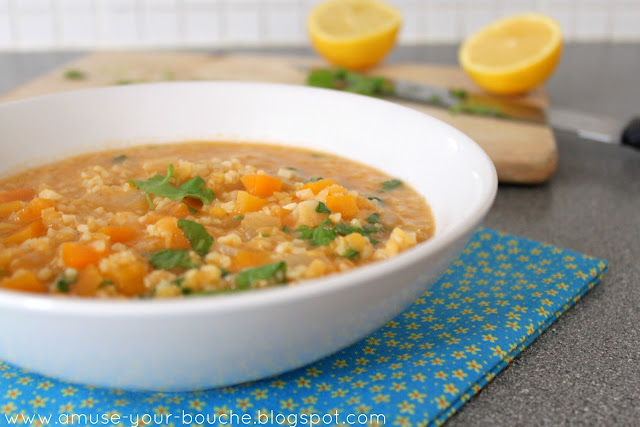 Lentil and bulgur soup with lemon and parsley

Recipe barely adapted from Eats Well With Others

Heat the oil in a large saucepan and, over a medium-low heat, gently soften the onion and garlic for 5 minutes, or until soft and translucent. Add the cumin and tomato puree, and cook for a further 2 minutes.

Next, add the lentils, bulgur wheat, diced carrot and vegetable stock, and turn the heat up so that the mixture is simmering. Cook until the lentils and carrots are very soft, around 30 minutes. If you want to, blend the soup with an immersion blender (I chose to leave mine chunky). Add the lemon juice and chopped parsley, and serve warm.

27 comments on “Lentil and bulgur soup with lemon and parsley”