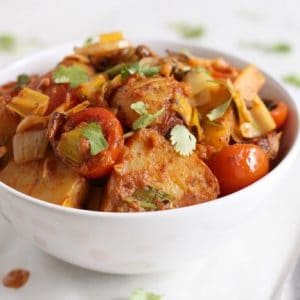 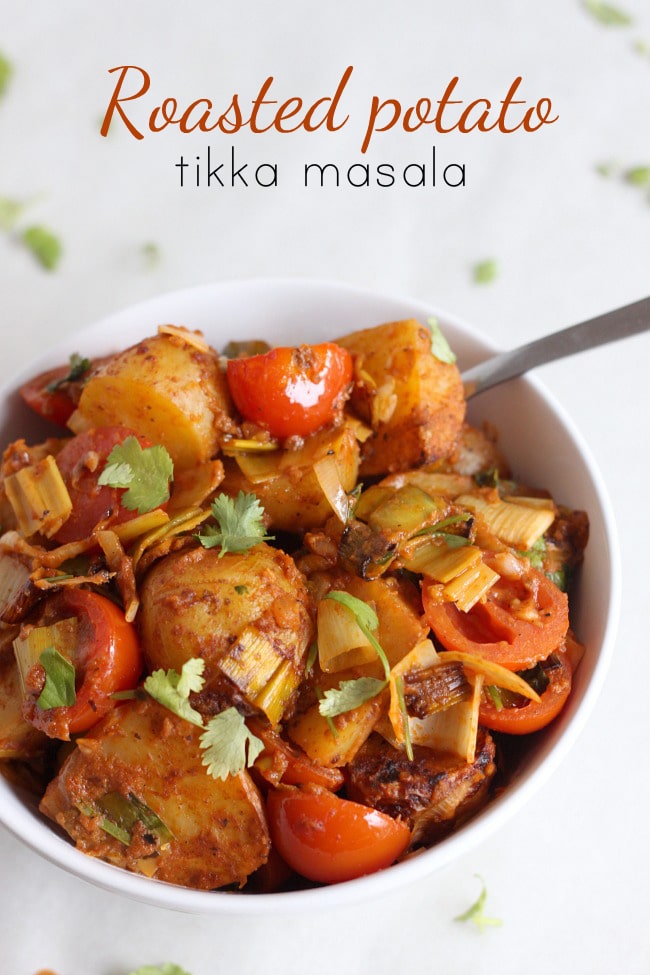 You can’t beat a good curry! And tikka masala is one of my favourites (hence why I made my own version back in July). I don’t have it too often (most curry places serve it with your choice of meat, but unfortunately none isn’t usually an option), but it’s a real crowd-pleaser – heaps of flavour, and a touch of spice but nothing overpowering.

Despite usually being served as a main course, tikka masala sauce can make a great side dish too – I give you, roasted potato tikka masala! With loads of lovely roasted leeks and onions and tomatoes and plenty of fresh coriander. 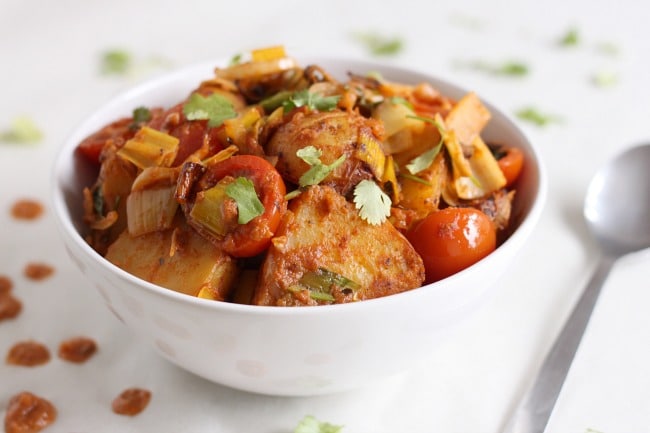 This recipe is really easy, but there are a few stages – you need to roast the potatoes for a little while first (so that they get a little bit crispy!), then add the other veg. At each stage, you add another few spoonfuls of sauce, so that it cooks right down onto the veg. Roasting the sauce on the potatoes means the flavour soaks right in – plus the flavours really intensify, so it’s even tastier than usual! 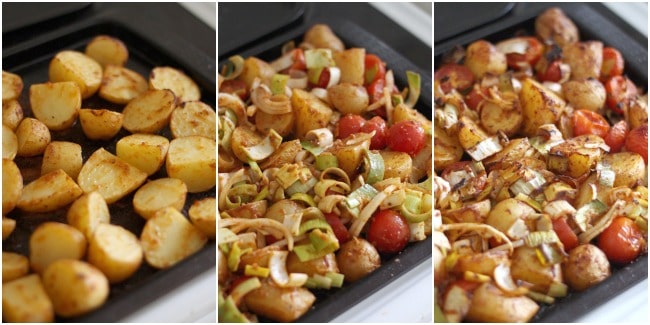 I didn’t make the sauce myself this time, but I did choose a really good quality sauce – this tikka masala sauce from Just Ingredients. The ingredients list is very reassuring (tomatoes, onions, cream, spices…) and the flavours were amazing. 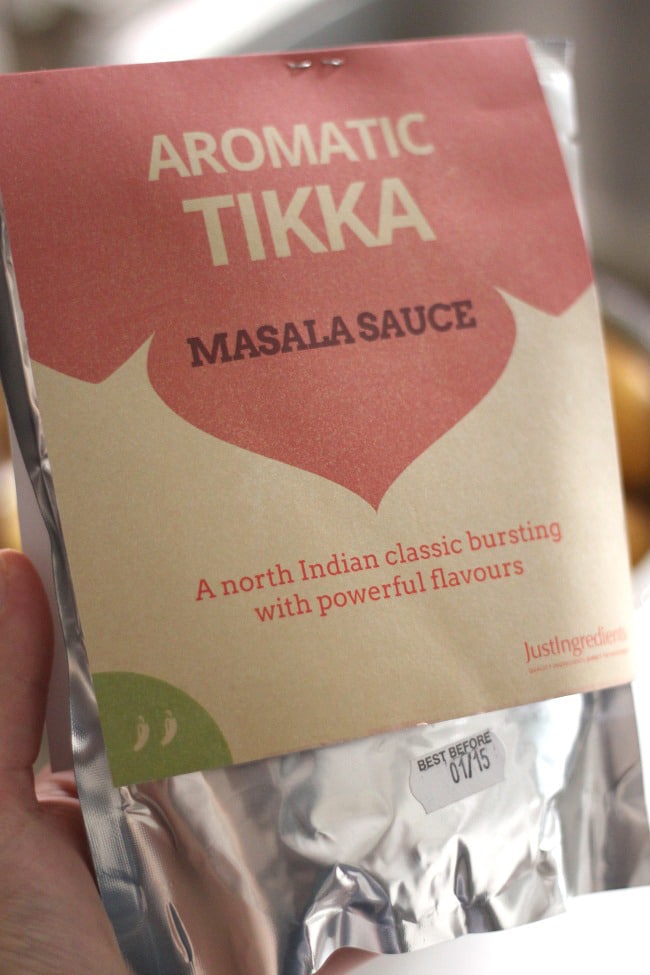 If you’re feeling more adventurous, Just Ingredients also do some more unusual curry sauce flavours (bourbon bhuna; coconut and orange Goan curry; saffron and rose korma) – as well as an enormous range of herbs and spices (both whole and ground) in case you fancy making your own sauce from scratch. Take a look around the site – there’s such a huge selection of whole foods ingredients! I’m eyeing up the big selection of nuts. 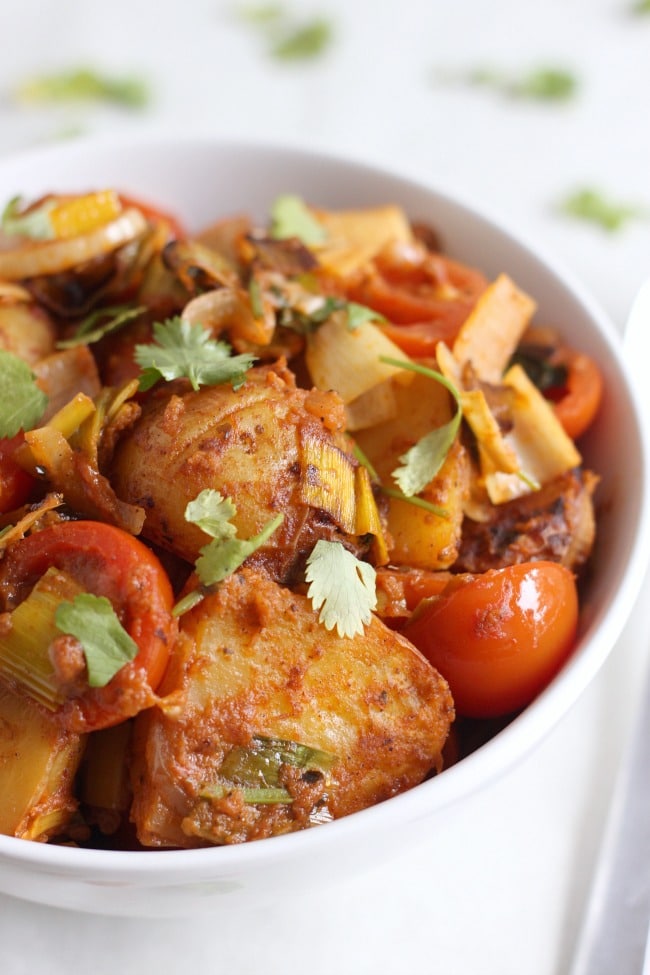 Once your veg are all roasted up, drizzle everything with some more tikka masala sauce and a good handful of fresh coriander, and mix everything really well. Then it’s ready to serve! The juicy roasted tomatoes keep everything nice and saucy, and as the leeks are roasted they begin to caramelise, giving everything a wonderful flavour. 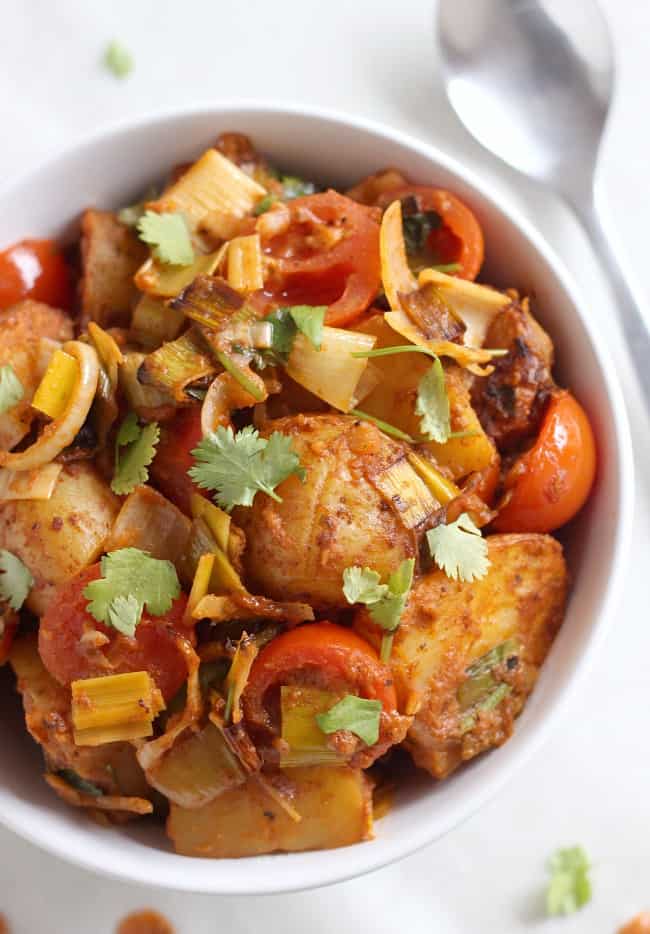 We had ours warm (try it as a side dish alongside your favourite protein-based curry!) – but you could also let it cool and serve it as a curried potato salad. It would be perfect to stick in a plastic box to add an exotic twist to your next picnic. 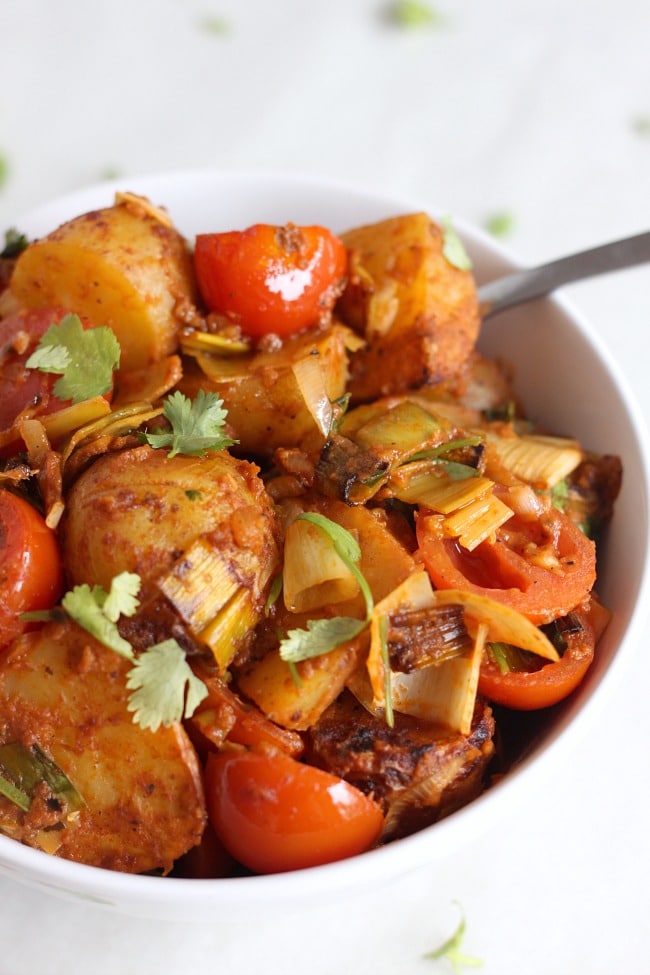 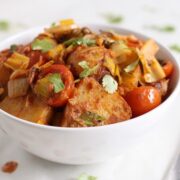 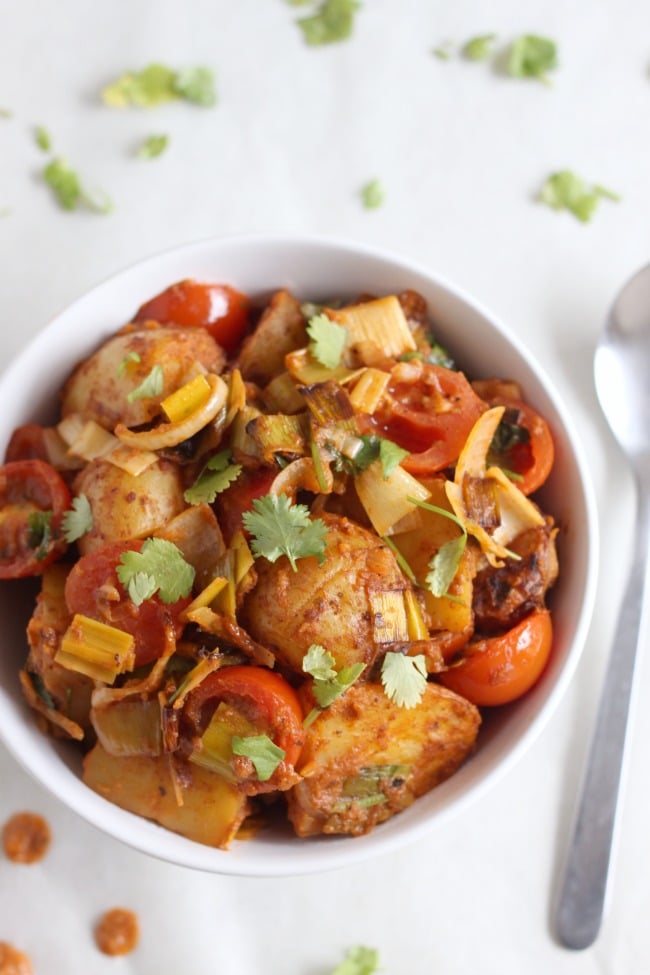 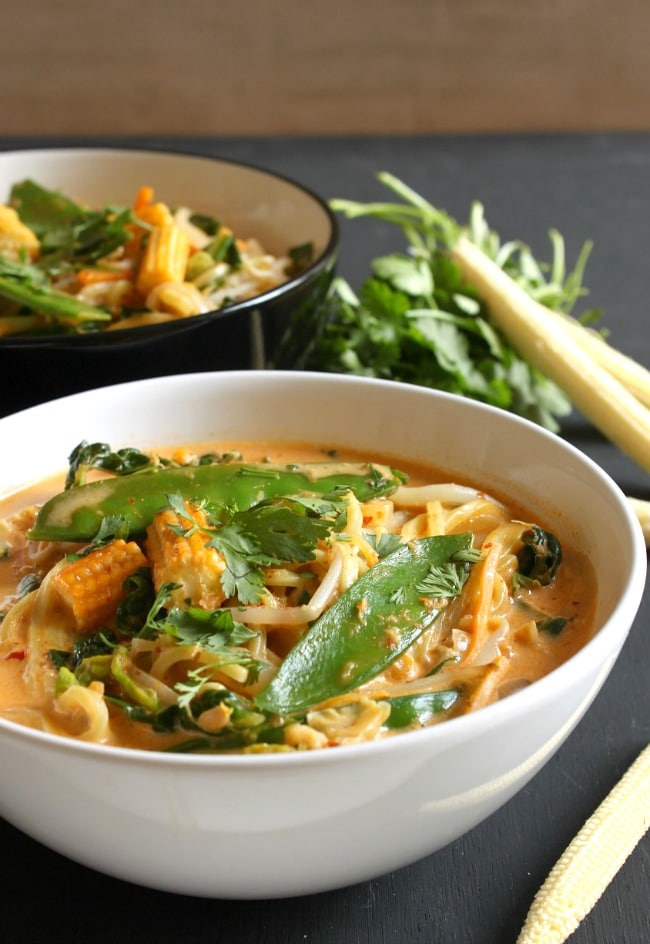