Have you seen that episode of Friends where Phoebe can’t get the fire alarm to stop beeping at her? That was me the other night. Of course, just like Phoebe’s, my alarm decided that 3am would be the perfect time to tell me that its battery was low, and rather than conserving the little energy it had left, it began beeping at me around every 60 seconds. Unfortunately the fire alarm is directly outside my bedroom door, so of course this meant no sleep for me until I’d disconnected it. Easy enough? 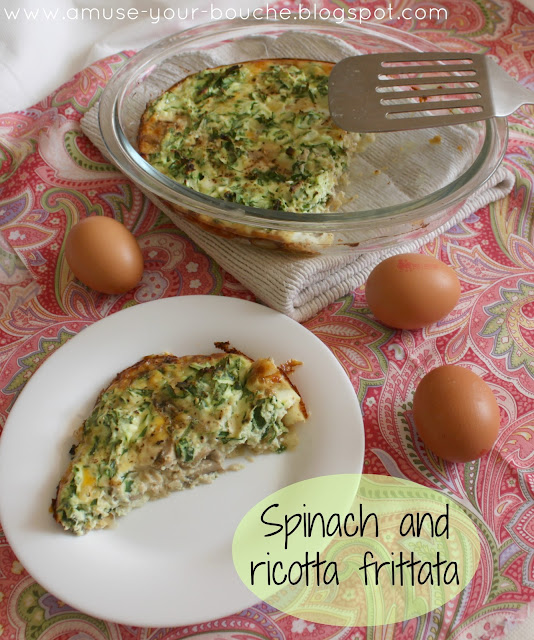 Nope. As usual, Friends is incredibly true to life, and I nearly killed myself trying to get the damn thing to shut up. We’re ‘lucky’ enough to have incredibly high ceilings, which means that even standing on a chair, I can’t reach (and no, it’s not just because I’m short, although I’m sure that doesn’t help). So that’s how, at 3am, bleary-eyed after a flight back from Rome the day before, I found myself building an incredibly unstable tower of chairs and boxes to climb to get the stupid thing off the ceiling. Did I mention that this was inches from the top of the stairs?

Anyway, I eventually managed to get it off the ceiling, after a lot of faffing (‘lefty loosey’ my eye), and took the battery out. I’ve never felt such accomplishment in my life. 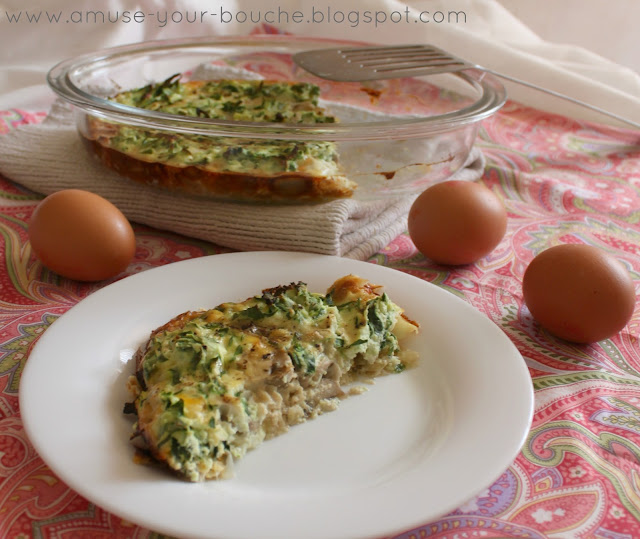 After a night like that, what could be better than a quick, easy and (most importantly) delicious breakfast? After the success of my first attempt at using ricotta in a frittata, I thought I’d give it another shot – and nothing pairs better with ricotta than spinach. This was another huge success. The spinachy ricotta melts right in to the eggs and gives them an irresistible creamy texture.

I added a layer of mushrooms underneath, but feel free to skip these if you’re not a fan. You can really use any vegetables you like, but I’d avoid anything too flavourful, since the spinach and ricotta is quite mild. Mushrooms worked perfectly. 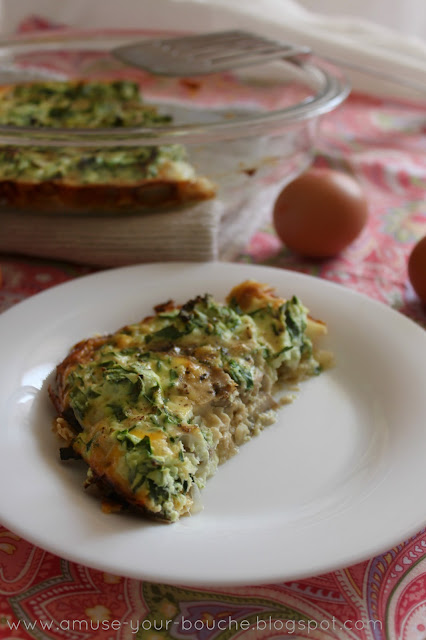 I baked my frittata, since I didn’t have a small enough frying pan to cook it on the hob without it ending up incredibly thin, but if you have a small frying pan, you can definitely use the hob and grill to cook this. I would have actually preferred to do that, since it’s a lot quicker, but baking worked totally fine too.

Yeah I don't see why not - you might want to up the quantity a little though if you're only using the whites.

This looks and sounds delicious! I definitely have to try this one.

I love spinach with my eggs. I make a similar quiche version.