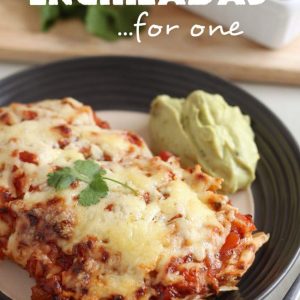 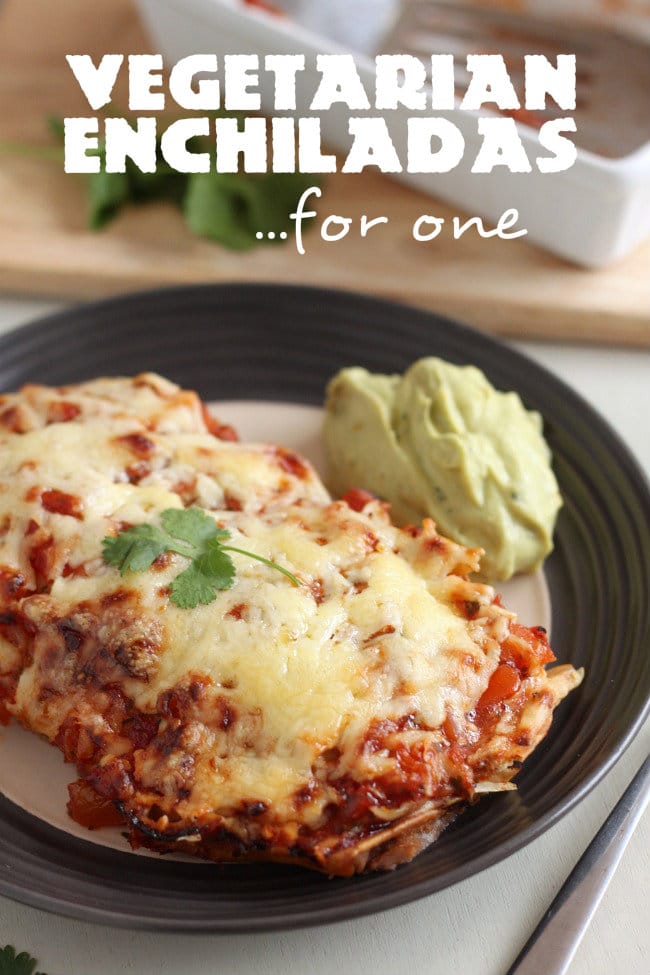 As you may recall from certain events that went down in April, I’m not single. But, the nature of my husband’s work means that he’s often out in the evenings (he’s a musician, a.k.a. rockstar). On those nights, I guess I’m an honorary singleton. I have no desire to be single, but I would quite like to be friends with Bridget Jones.

So, here’s a recipe for the other singletons among you – honorary or otherwise. Vegetarian enchiladas for one! 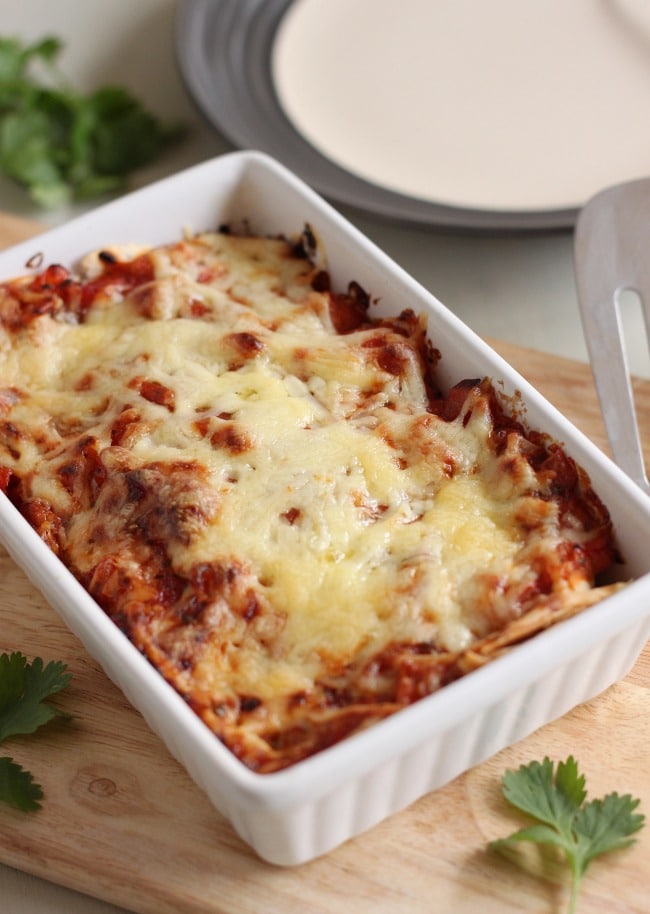 In the past, I would never have even considered making enchiladas just for one person – for two reasons:

Firstly, when I make enchiladas, I usually seem to produce mammoth amounts of food. I always aim for just two portions, but somehow the desire to fill a whole, enormous baking dish results in me producing enough enchiladas to feed an army. And when it’s just me at home, cooking that many enchiladas would be one temptation too far – so I just don’t do it. 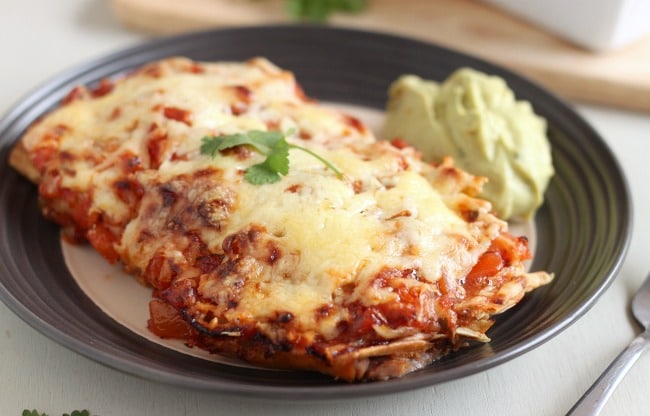 Secondly, what a faff. Somehow spending hours on dinner seems completely reasonable when you’re cooking for more than one person, but when I’m on my own, my number 1 priority is to make something super quick that leaves barely any washing up (this is probably because when I’m on my own I’m usually watching some form of chick flick that needs continuous attention for fear of missing the profound plot points). Chopping veg, cooking veg, rolling enchiladas, making sauce… yeah, not going to happen. 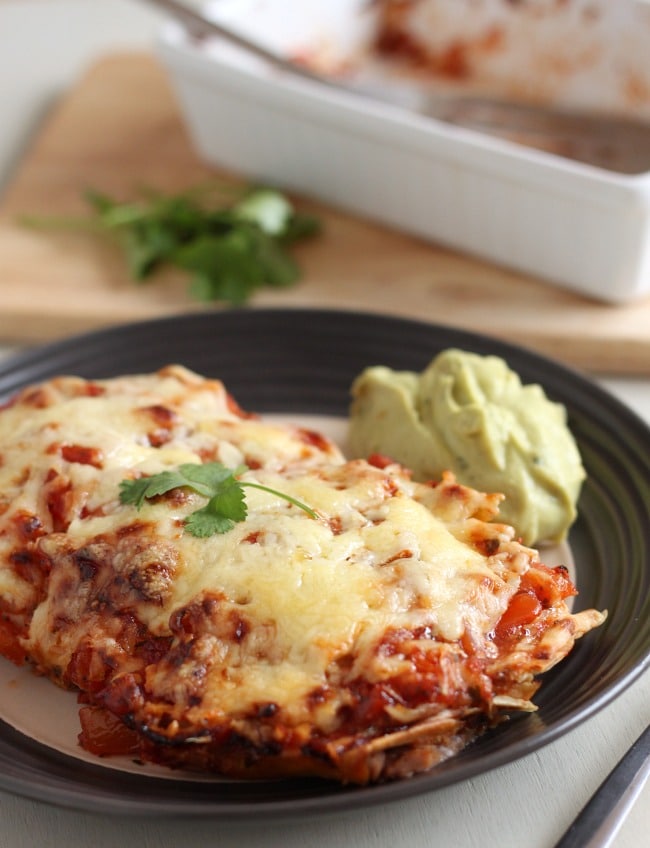 Buuut, before I put you off – these enchiladas are different! They’re enchiladas for one – just one perfect portion, no pre-cooking required, a super quick and easy dinner. In fact, the only real bit of prep required is to grate a tiny bit of cheese – the rest is 100% pure assembly.

I put a few big chunks of pickled jalapeño through mine because I was using a mild salsa, but if you’re using a hot salsa you might decide to leave out the jalapeños! I actually didn’t even chop them up, just put a few slices through each enchilada (didn’t want to dirty a chopping board… really…), and in the end it worked just fine – by the time your mouth’s tingling a little, you won’t be able to tell anyway! 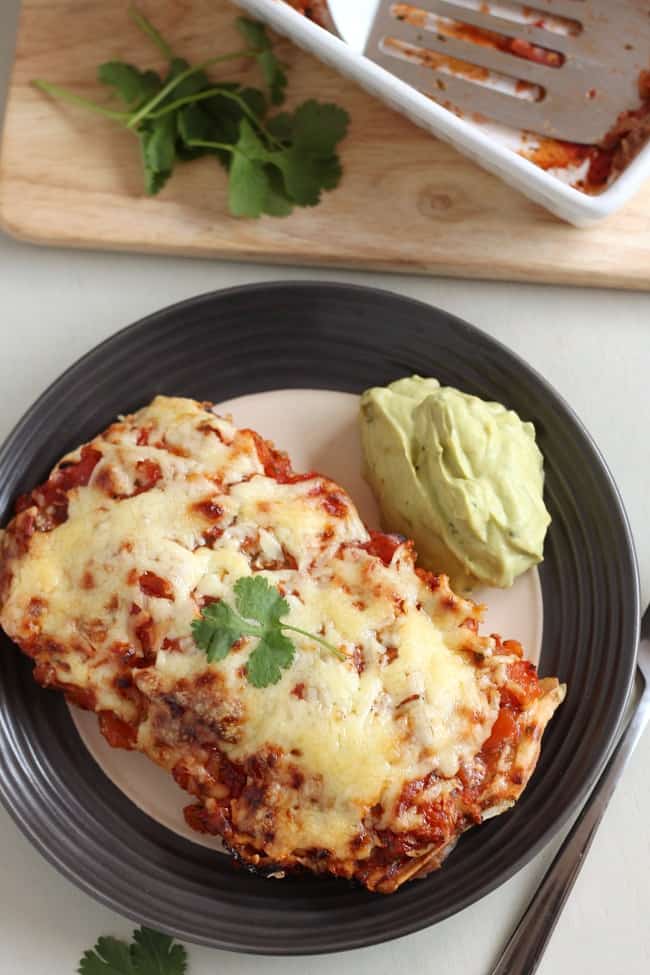 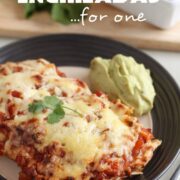 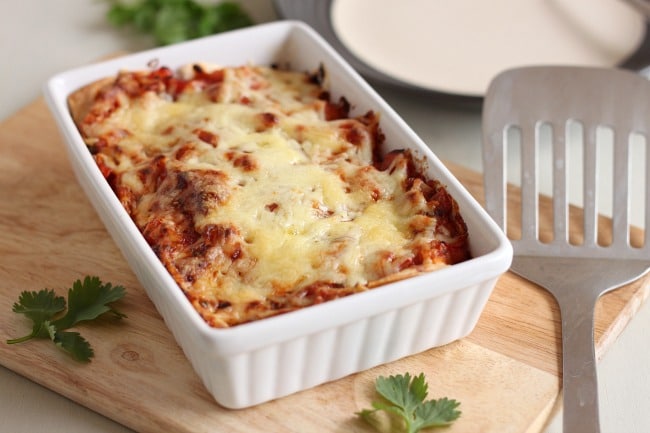 Prefer a crowd-sized version? How about black bean enchiladas with avocado sauce: 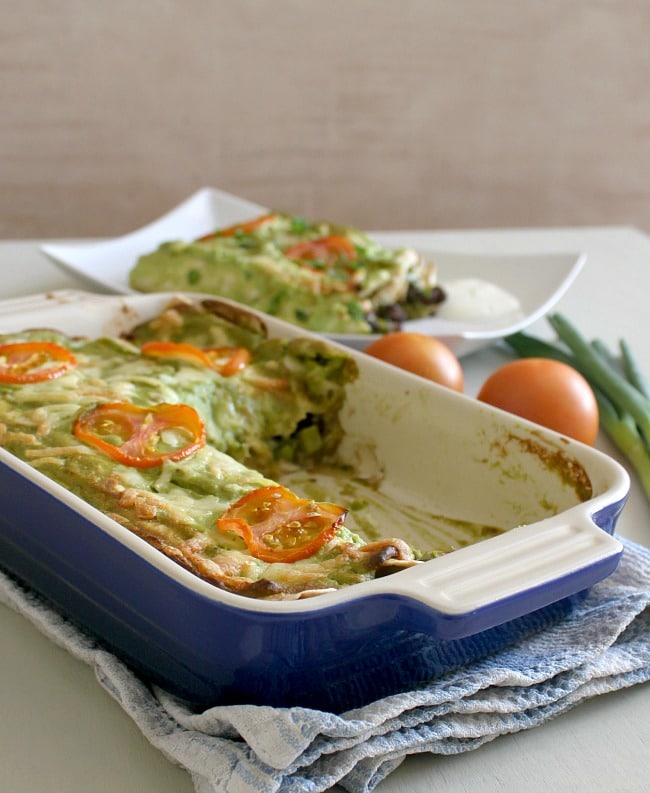 17 comments on “Vegetarian enchiladas for one”