I'd never made my own BBQ sauce before - making homemade condiments sounds like quite a lot of work, and as far as I'm concerned, a lot of work < buying a bottle from a shop.

Buuut, it turns out it's really, really easy to make your own BBQ sauce! Just add your ingredients to a pan, and simmer for a while until the sauce is nice and thick... and that's it! That's all there is to it. You don't even need to give it much attention as it bubbles away, just let it do its thing and stop interfering.

As you can imagine, apple cider BBQ sauce calls for a really great bottle of cider. I used Wyld Wood, which is a cider made in Herefordshire. It's nice and sweet (I don't like ciders that make me gurn), but not so sweet that it feels artificial. Just a really good, solid cider.

Wyld Wood is appearing at Jamie Oliver's Big Feastival later this month, along with a few other Westons Ciders including Old Rosie and Henry Westons. The 'Feastival' sounds amazing - a winning combination of live music, good food and drink, and hopefully lots of sunshine! I'm devastated that I can't go. If you're heading down for the weekend, make sure you sample some of the three ciders (have an extra one for me!) and vote for your favourite.

Personally, after thoroughly sampling all three ciders (don't say I'm not committed to my work...), I think I'm #TeamRosie - so I decided to keep that one for drinking, and used the Wyld Wood in my BBQ sauce instead. Any of the three would work well in this recipe though! Obviously a sweeter cider will give a sweeter sauce, so keep that in mind when choosing.

Once you've selected the perfect cider, just throw all your ingredients in a pan, and you're good to go.

I served my BBQ sauce smeared on a veggie burger - you really can't beat a good burger. A toasted roll, loads of fresh salad, and a good dollop of apple cider BBQ sauce. A new favourite combination!

The flavour of the cider really comes through in this sauce, giving a lovely sweetness that goes perfectly with the smokey paprika. It's unbelievable how much flavour a few simple ingredients can give! If you're not a burger fan, this apple cider BBQ sauce is perfect for dipping chips in as well. Just in case you ever needed an excuse to eat some chips... 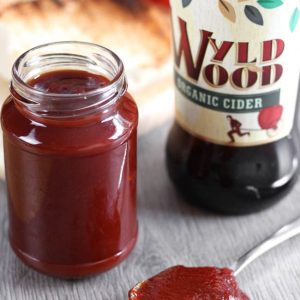 Note: nutritional information is approximate, and will depend on exactly what ingredients you choose. Info above is for the full batch. 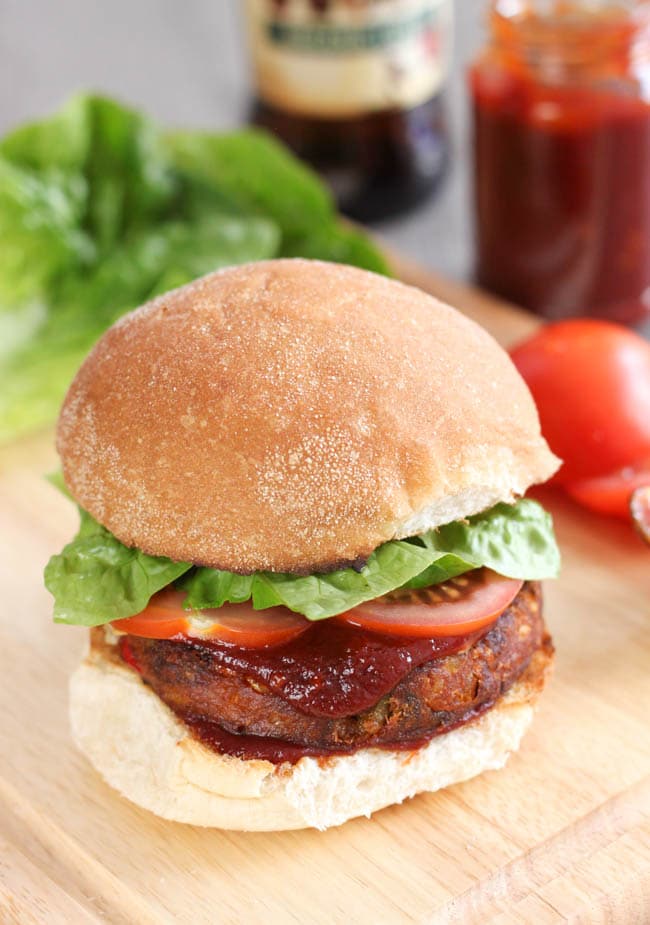 If you enjoy making your own condiments, here's another one you can't miss - homemade burger sauce!