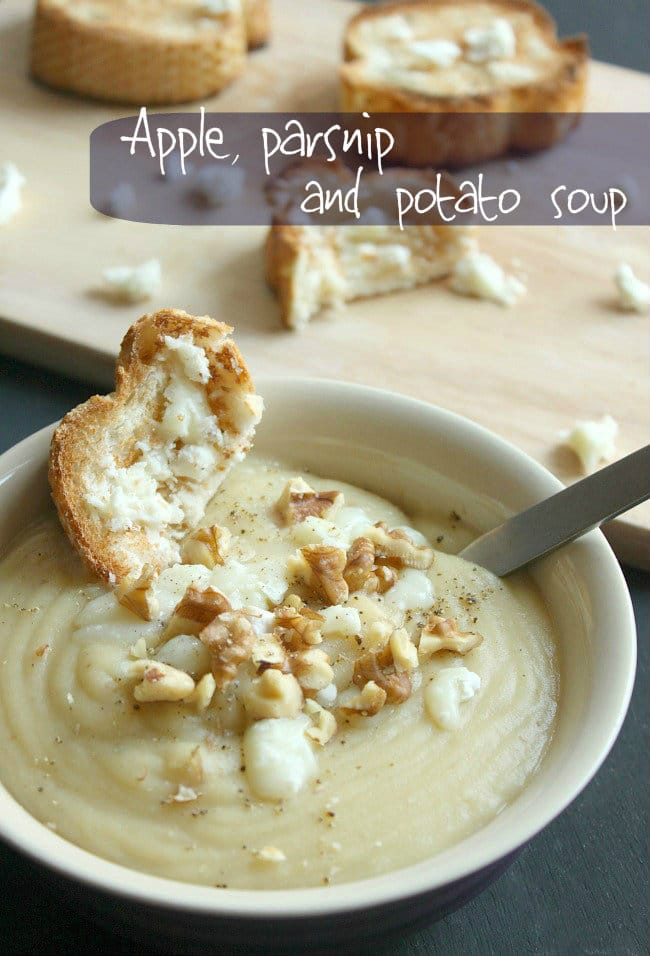 Is anyone sick of the season yet? I tend to start on winter food as soon as October hits, and I get into the Christmas spirit pretty early (much to the annoyance of my fiancé), yet somehow I don’t get sick of it – not in terms of the food, anyway. The weather is another matter, since I long for some sunshine after just a few days of rain, but I could quite happily eat wintery foods all year long. I never seem to get bored of warming soups and stews – winter just lends itself so well to comfort food!

This apple, parsnip and potato soup is a great example – it’s full of hearty root vegetables that make it perfect for a December evening. It’s like the classic apple and parsnip soup, but the added potato ensures that the sweetness isn’t overwhelming (I’m still not 100% on board with the sweet/savoury thing). There are very few other ingredients – there’s just no need for much else, since the vegetables work so perfectly together on their own. Parsnips are somehow both sweet and earthy at the same time, so they already provide a great depth of flavour, and the apple and potato emphasise each of these flavours. 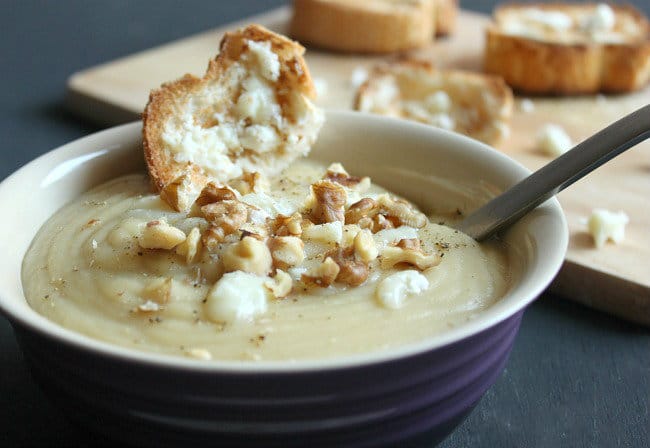 I like to add various toppings to my soups to keep things interesting – this time I went for walnuts and goat’s cheese, which worked really well. Goat’s cheese and apples are just perfect together. I had some goat’s cheese toasts on the side too, for dipping (can’t go without a dipper!). You can adapt your soup accessories how you like though! I’m thinking some crumbled veggie bacon could work pretty well too.

See this thick and luxurious soup recipe over at Great British Chefs. 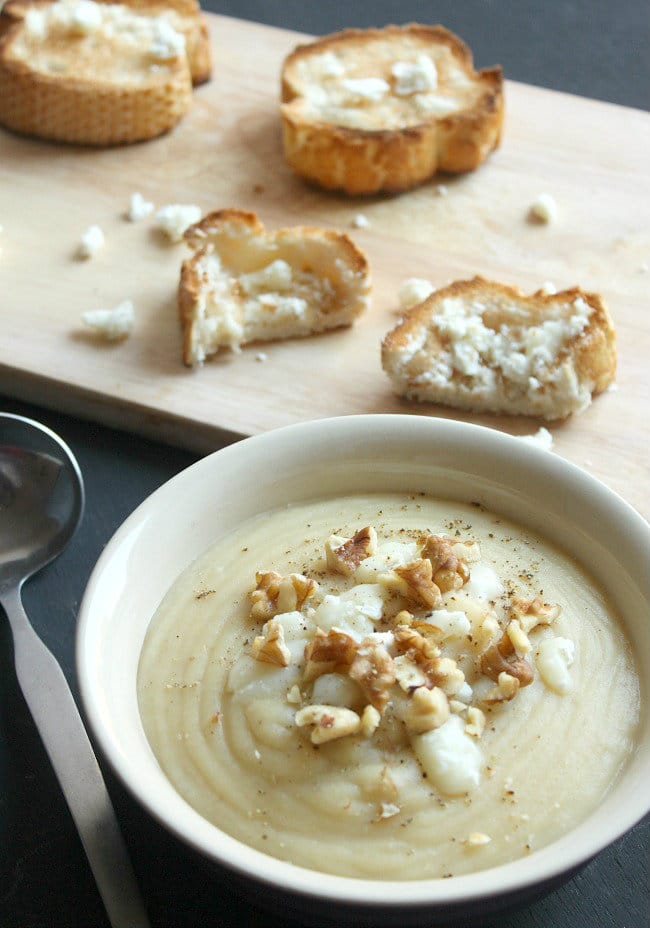 Where has the recipe gone. Gutted was looking forward to making this.

The recipe is still there on the Great British Chefs site, just click the link in the post :)

This soup looks wonderful! I love the combination of ingredients and the addition of apples. Thanks!

this is a truly lovely soup! Definitely need to try!

This is so perfect for a cold winter's day! It looks so delicious- pinned!

What a wonderful winter soup! Comfort in a bowl.