I know it's incredibly unusual for me to post two sweet recipes in one month, let alone two in a row, but it pretty much represents the way I eat at this time of year. January to November, I'll probably eat dessert no more than once or twice a month, but come December, every meal must be followed by some sort of sweet, and then between each meal there's plenty of chocolate  - so I'm making the most of it before January swings round once again.

This German Krummeltorte might sound fancy, but it's actually ridiculously easy - so much so that you need pretty much no baking ability whatsoever. It's sort of an apple crumble / apple pie / apple cake hybrid, consisting of a layer of cake at the bottom, then a layer of spiced apples, and finished off with a crumbly streusel-like topping. The simplicity of this recipe becomes apparent when you realise that the recipe for the cakey bottom layer is actually identical to the crumble topping - how it works, I have no idea, but somehow it transforms into two different things as it cooks. Must be some sort of magic.

Now I can't actually take full (or any) credit for this recipe, since it's actually one of my late Granny's recipes from her hand-written recipe book that we discovered a while back - aren't those the best? You know a recipe is special when someone has taken the time to write it out by hand into their personal recipe book. My Granny wasn't even remotely German (she was Welsh, actually), and I have no idea where she got this recipe from originally (probably an old cookbook or one of her friends), so I'll just credit it to her. She was an amazing cook.

The best thing about this cake is how versatile it is - if you let it cool, you can serve it as a teatime snack with a cup of tea, or if you serve it while it's warm with a drizzle of cream, it's more of an apple crumble-like dessert. It will happily keep for a few days, so you can even do both! 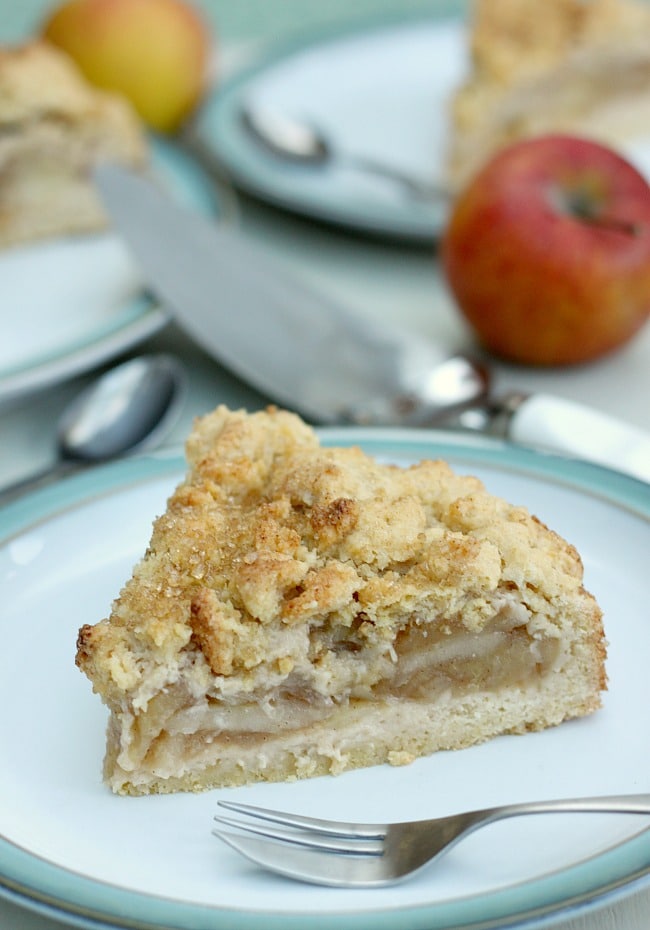