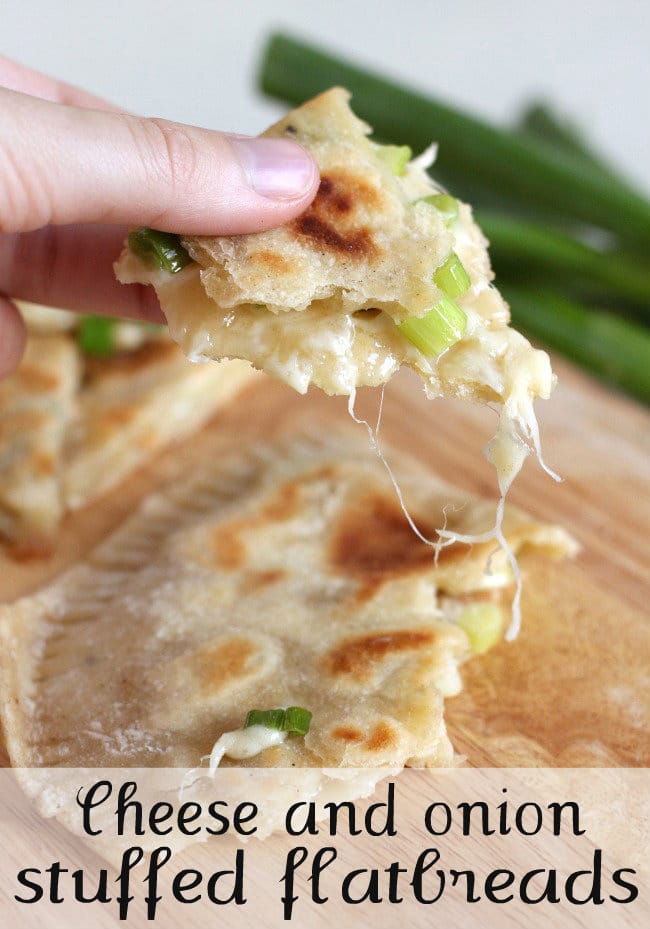 So I decided to tackle dough again! However this time I totally cheated and went for flatbreads, which don’t contain any yeast – it’s only ever the yeast that freaks me out! A little bit of kneading, I can handle… in fact I find it quite therapeutic, though obviously I’m not picturing anyone’s face or anything, oh no. 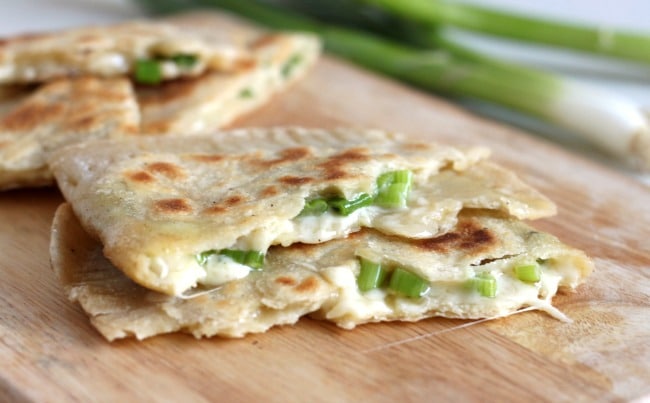 These cheese and onion stuffed flatbreads were really, really easy to make – even for someone like me who’s generally quite averse to baking. There’s no risk of them not rising (because they don’t need to!), no risk of them deflating as soon as you take them out of the oven (they’re cooked in a pan on the hob!), and they’re pretty much just completely foolproof (which is good because I can be a bit of a fool). 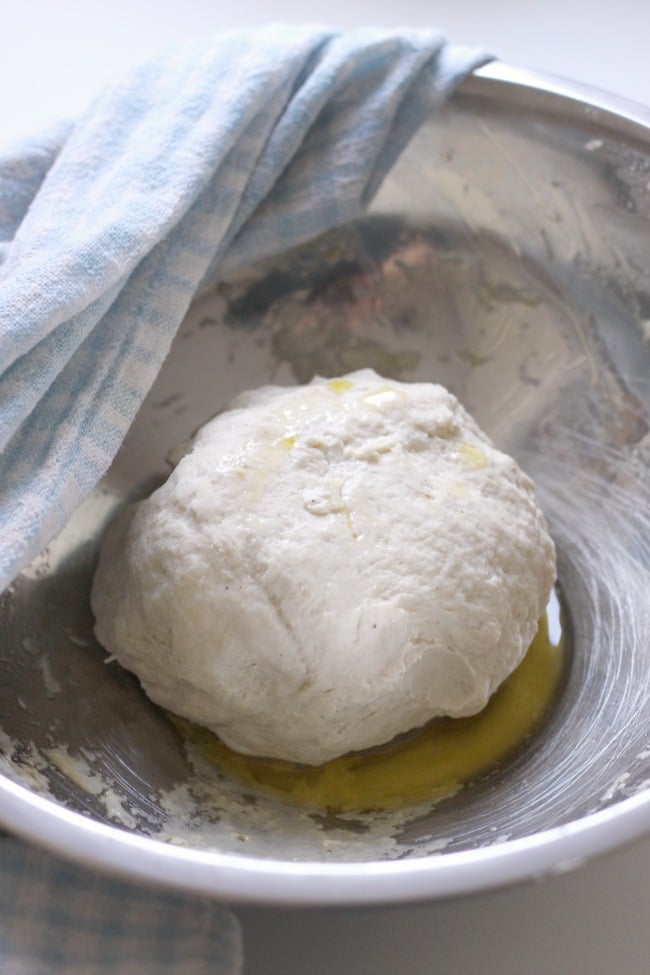 Seriously – you know when you see people on TV rolling out dough, and flipping it over to roll it some more, and it all goes well? They don’t put their finger through it, it doesn’t stick to the worktop, it doesn’t shrink back on itself with every roll, and it just all somehow goes to plan? That’s what these are like! Honestly, I felt like a superstar (I was actually a bit upset that nobody was around to see it). The dough rolled out reeeeally nice and thin with barely any effort. Oh, and did I mention the dough only has three ingredients (plus a bit of s + p)? It’s awesome. When it’s cooked it actually ends up almost pastry-like in texture – quite dense and chewy, rather than a light and fluffy bread. But it’s amazing all the same! 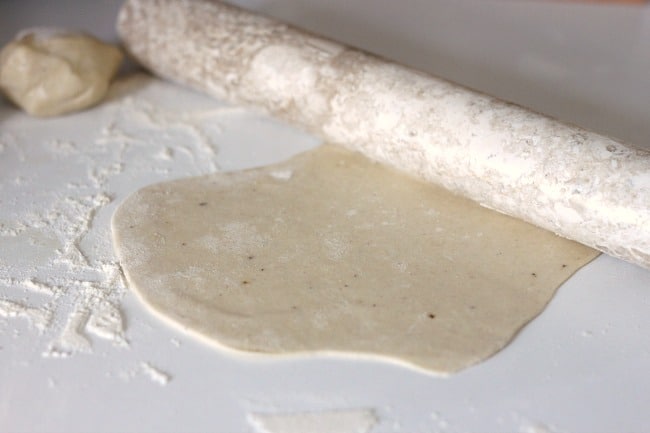 Don’t worry if your dough doesn’t roll out into perfect circles – by the time you’re tearing these babies apart, you won’t care if they’re perfectly neat or not. Just tell everyone you were going for ‘rustic’, and all will be well. 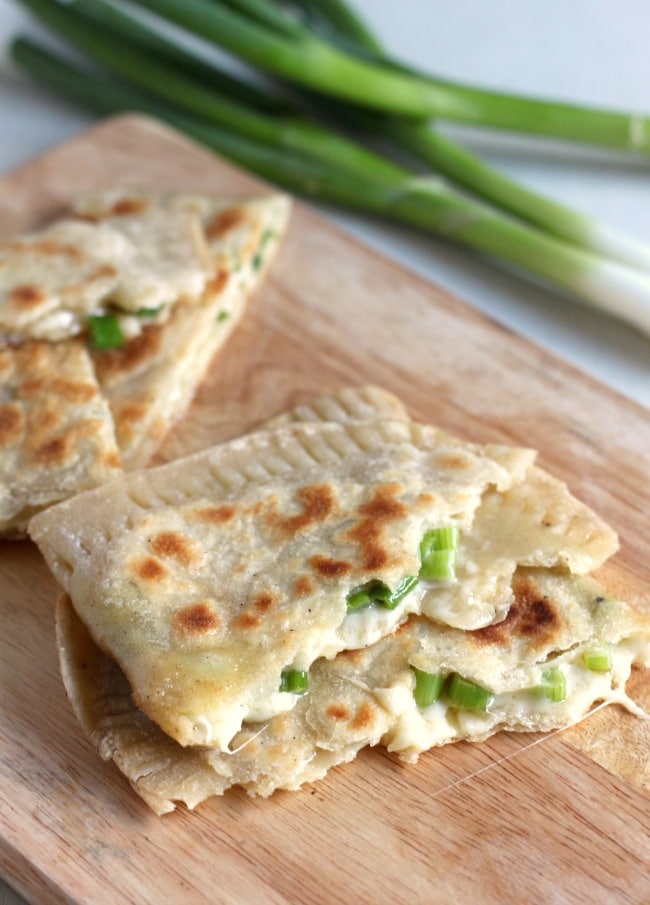 If you’re not feeling the cheese and onion vibe I’ve gone for here, you could stuff them with something different. You could even make these stuffed flatbreads into a full meal by choosing a more substantial filling – curried chickpeas, samosa-style potatoes,  roasted veg… as long as you don’t go overboard so you’re still able to press everything fairly flat, it should work just fine.

However way you do it, serve up these stuffed flatbreads to your family and they’ll be gone in the blink of an eye! 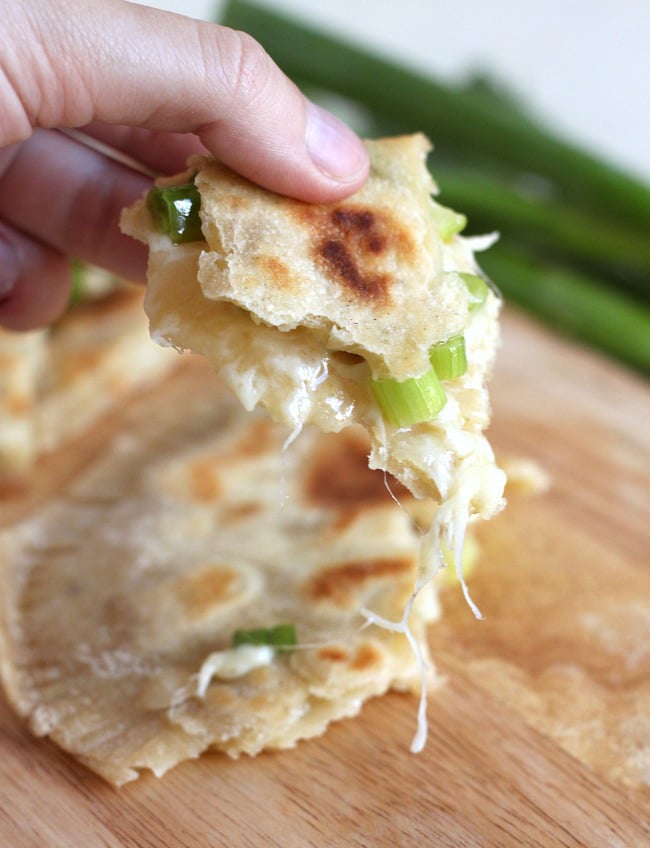 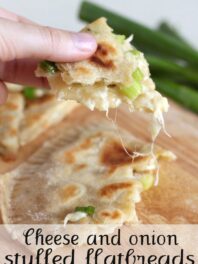 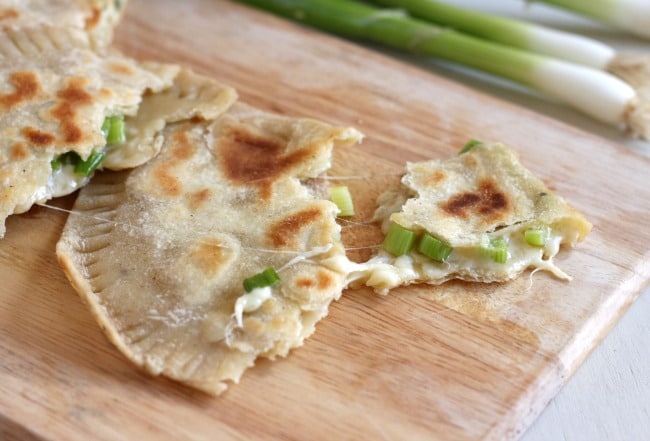 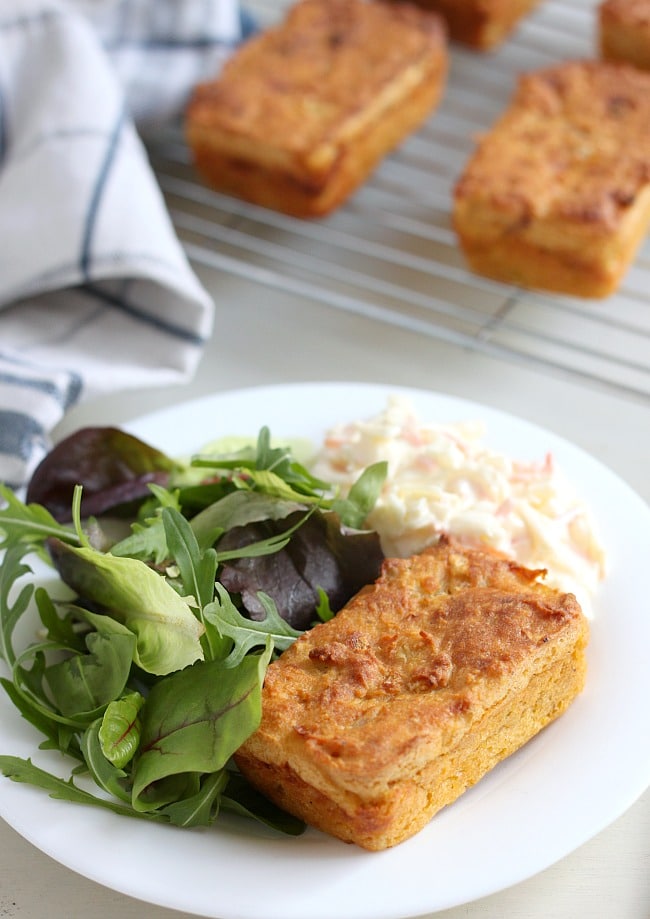 LOVE that you made these little quesadilla-like treats with homemade flat bread. The flat bread looks AMAZING! It reminds me of the naan that I get as a side at an Indian restaurant by my house. YUM!

Mmm yummy oozy melty cheesy goodness! Love the fact that these can be made with simple store cupboard ingredients. I've got some leeks in the fridge and I think after sauteeing in a little butter they'd work perfectly in this recipe.

Leeks would be a great addition!!

That flatbread looks super Becca and I do love the melted oozing cheese. Yum!

Of these look so so good! Love that simple flavour combination!