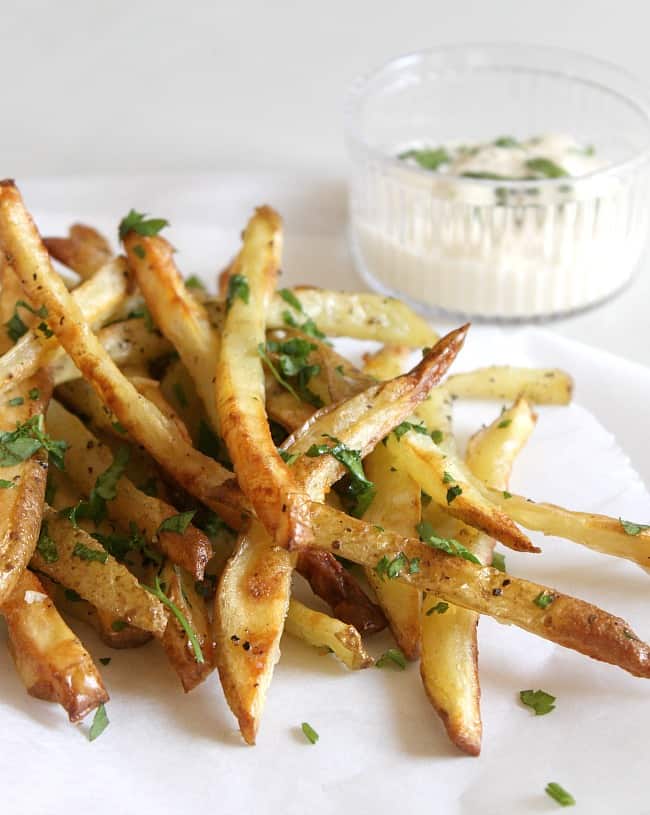 I don’t buy oven chips very often because they’re one of those things that’s easy to make from scratch, and actually even better than the shop-bought version. Case in point: crunchy, fluffy chips with fresh parsley, garlic, and plenty of salt and pepper. So simple, but oh-so-good.

I like to leave the skins on mine, for several reasons: it’s where most of the nutrition is; you avoid wasting a good proportion of the potato by peeling it; they taste good and get nice and crispy; I am far too lazy to peel my potatoes (which, let’s face it, is probably the main reason). 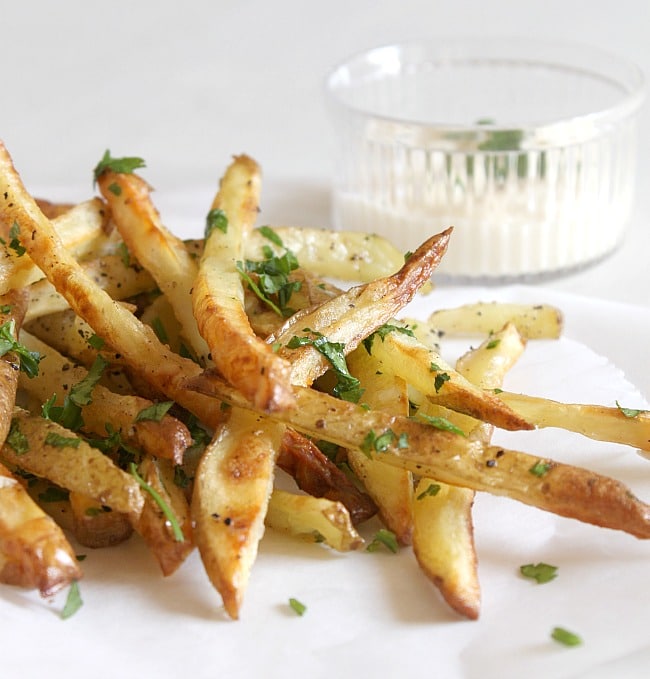 I chopped my potatoes up pretty much as thin as I could because I felt like making American-style fries rather than fat British chips, but you can make thicker ones if you prefer (though they might take a few minutes more in the oven).

Don’t be intimidated by the raw garlic in this recipe – I actually think that it isn’t remotely overwhelming once it’s all mixed together. However if you’re not a garlic obsessive like myself you might want to stick to two cloves, and perhaps make these on a day when you’re not going to be seeing anyone important, just in case (probably not a good recipe to make on a first date). 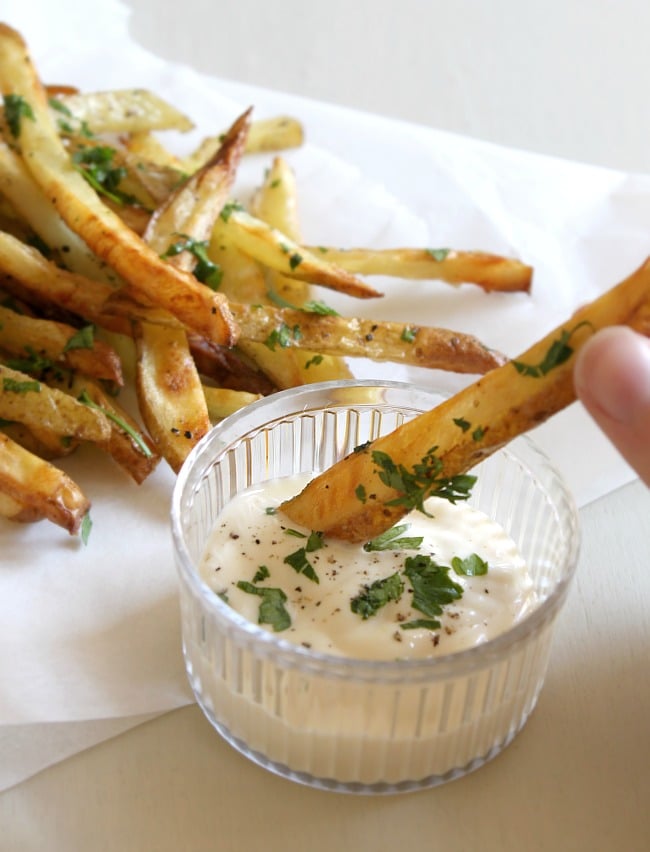 Completely off-topic question: in my last few posts I haven’t been putting my usual titles on my images. Generally I find that titled images get pinned the same amount as non-titled images, so I stopped. What are your opinions on this – do you like titled images?

These look amazing. I'm constantly buying French fries from Sainsburys and they're definitely not healthy! I love the idea of this recipe so I'll be making these next time I have veggie burgers. Thanks for sharing x

Crazy question what is Salad Cream? Is it the same as sour cream or salad dressing?

It's not either really! I think it must be a British thing - it's a similar type of thing to mayonnaise, but it's runnier and has a much more tangy flavour. It's one of my favourite condiments, perfect on chips :) and it does make a great salad dressing too actually. It looks like you can get it on Amazon, give it a go! :) http://goo.gl/hExlcE

I love skin on chips. The flavours are awesome on these! :)

Where is the dip recipe?