If you've never had the cheese and onion crisp bakes from Marks and Spencer, you are missing a trick. They've not paid me to write this, in fact they most likely have no clue who I am, but I must say, Mr Marks and Mr Spencer: good job on the crisp bakes (side note: they are both very definitely long dead, but my appreciation still stands).

If you live in a country that doesn't have M&S, you probably have no idea what I'm talking about, so let me explain what exactly I mean by cheese and onion crisp bakes. They're basically cheesy potato cakes that are breaded and cooked until they're nice and crispy, and they are heaven on earth.

Cheese + potato + onion... there was no way that wasn't going to be a winner.

I love to occasionally indulge in one of M&S's finest, but since I apparently like to torture myself, I thought I'd have a go at making my own homemade cheese and onion crisp bakes too. It's definitely not something I'll do regularly, since it's much more labour intensive than just opening a packet - but, it was a fun way to spend the morning nonetheless, and this recipe will hopefully bring the wonder that is a cheese and onion crisp bake to a few of you who may not have tried them before.

Let's break it down a word at a time.

Cheese - you want to use something nice and melty to help stick everything together. A good old British mature cheddar is ideal.

Crisp - start by frying the crisp bakes quickly until the breadcrumbs are golden brown. This makes them nice and crispy, and adds loads of flavour (let's face it, fried things taste great).

Bake - finish them off in the oven until they're piping hot all the way through.

I only made six crisp bakes, but they were a little on the large side, and if I'm entirely honest, I did eat a fair amount of the cheesy mashed potato straight from the pan (stop judging me), so if you have a little more self-restraint I reckon you could easily stretch the mixture to make 8.

I made half of my crisp bakes with fancypants panko breadcrumbs, and half with plain old breadcrumbs that I bought in a tub, and to be entirely honest I didn't notice much difference once they were cooked (my palate is obviously not refined enough) - so just use whatever you have on hand.

Then just dig in and enjoy the cheesy, creamy, oniony mash and crispy breadcrumbs...

I bloomin' love a cheese and onion crisp bake. 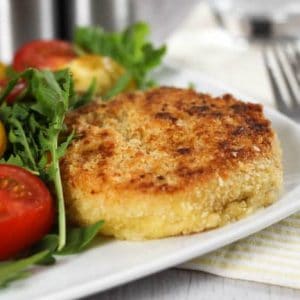 Note: nutritional information is approximate, and will depend on exactly what ingredients you choose. Information above is based on 8 crisp bakes. 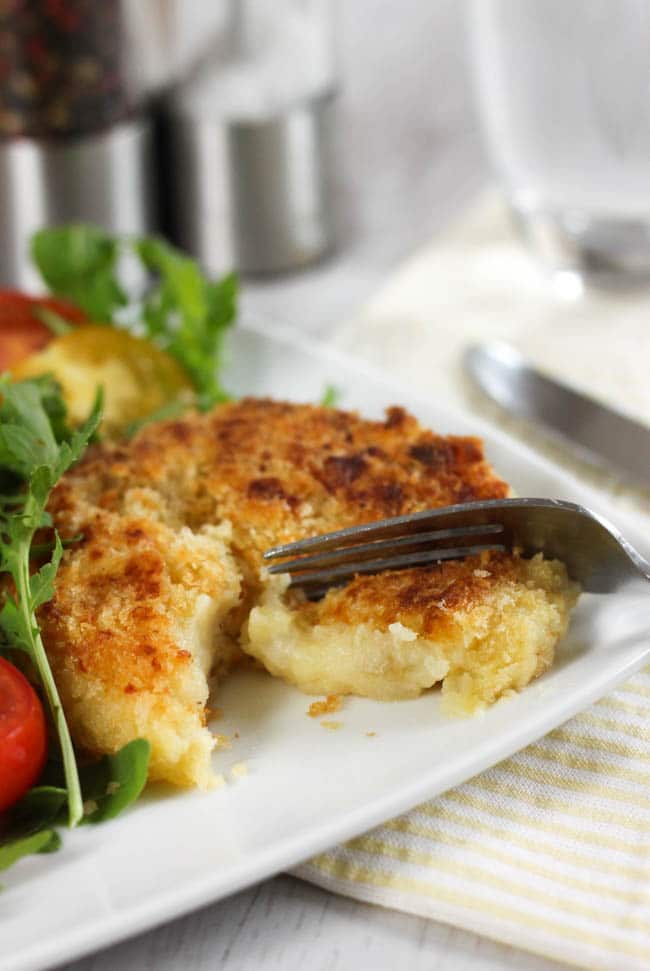