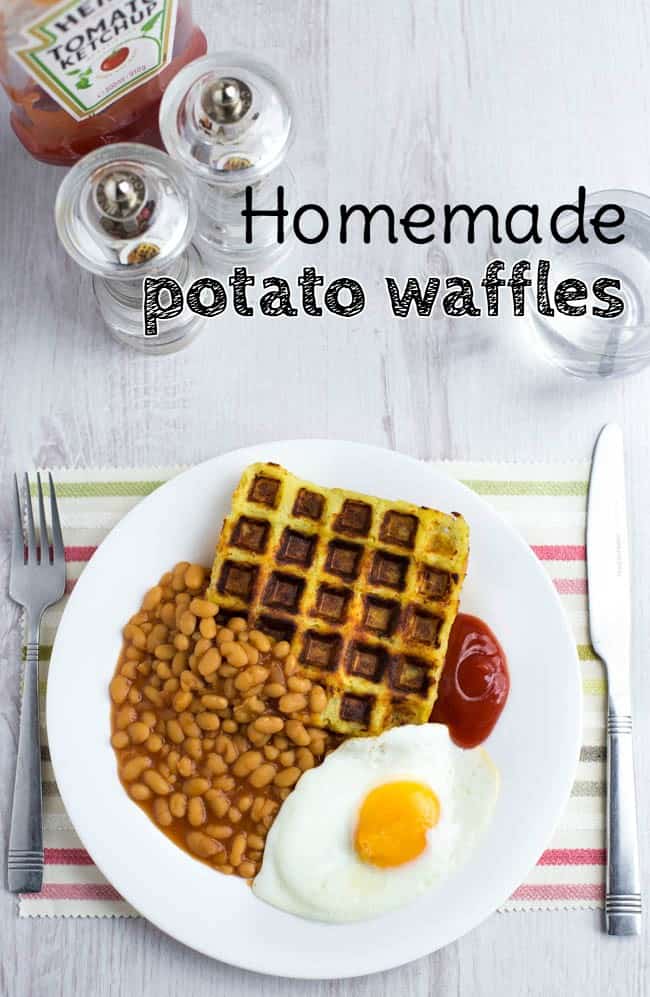 Potato waffles are one of those things that always remind me of being a kid. A potato waffle served with baked beans, maybe a couple of veggie sausages or nuggets, or just a fried egg – the ultimate childhood dinner.

These days I usually try to make sure my dinners contain a bit more greenery than this, but occasionally it’s nice to revert to an old favourite. And since I apparently like to torture myself, this time I decided to make homemade potato waffles from scratch. 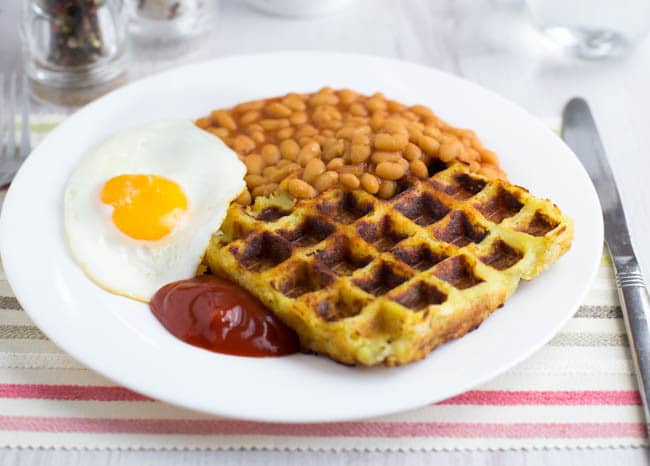 As long as you have a waffle maker, homemade potato waffles are pretty easy to make! Cook the potatoes first (I just threw them in the microwave), then grate or mash them up. Make sure you let them cool down for at least a few minutes before attempting to handle them – there’s a reason that in the game ‘hot potato’, you’re not allowed to hold the object for very long. Those babies get hot (and I have the sore fingertips to prove it).

The key to making your homemade potato waffles really tasty is to add plenty of seasoning and flavourings. Plain potato doesn’t have much flavour on its own, so add a generous pinch of salt and pepper, and a bit of garlic powder too if you like, or whatever other dried herbs or spices you fancy. Then just cook the potato in your waffle maker until they’re nicely browned. 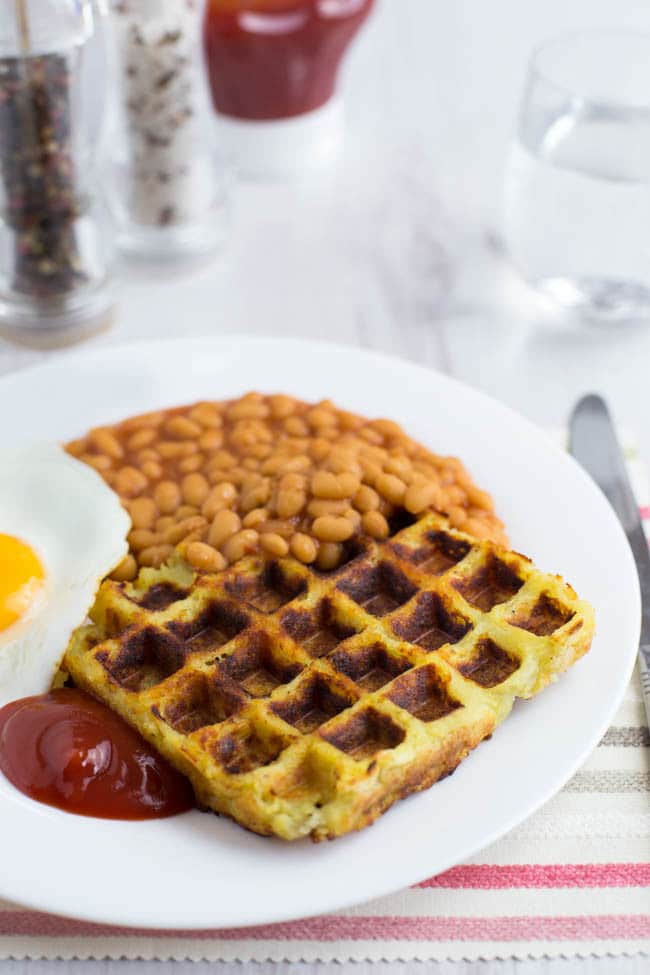 The waffles end up nice and crispy on the outside, but inside they’re still soft and fluffy. These homemade potato waffles definitely require more time and effort to make than the shop bought version, but they’re lovely for a slightly more exciting treat once in a while.

If you’d like me to attempt to recreate any of your favourite childhood dinners, let me know in the comments – it was quite nice taking a little trip down memory lane! 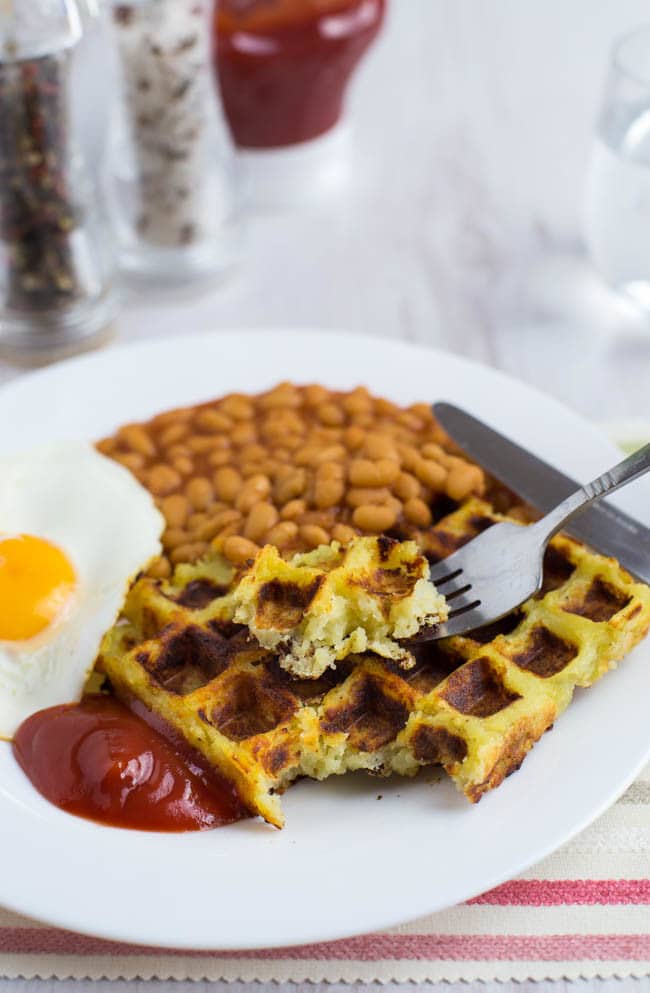 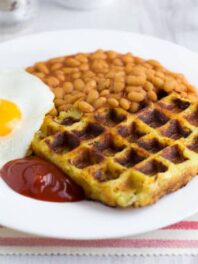 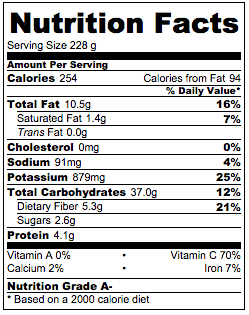 If you love potato side dishes, you should try my Indian spiced potato wedges: 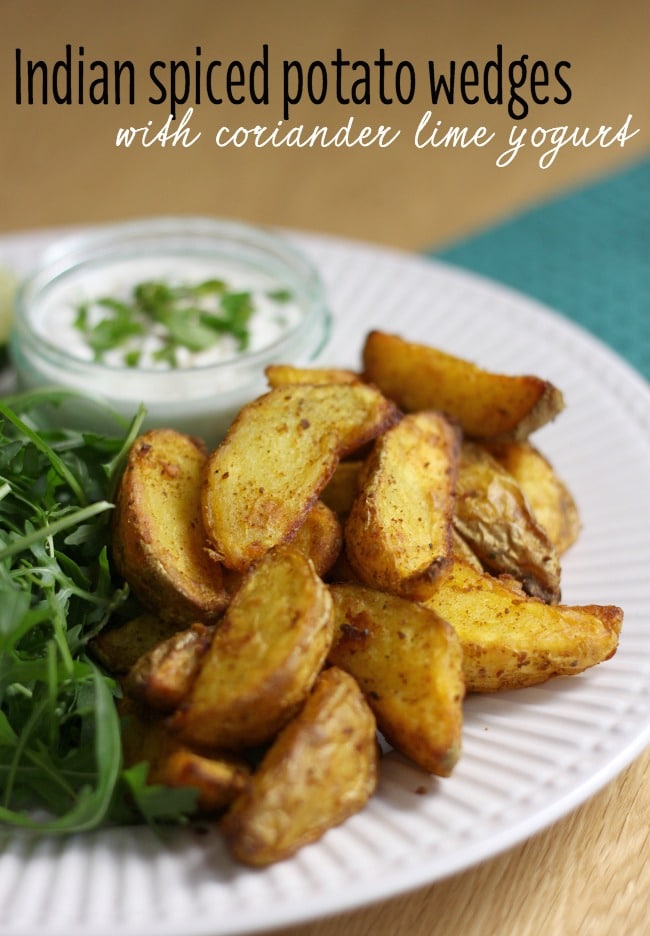 Sorry this one didn't work for you!

I’m so happy I found this! I’m from the uk but living in Australia .. they don’t sell them here (they did once for a few weeks and no one brought them other than me and my mum so we got the last of the stock cheap and they never sold them again)  .. it’s one of my favourites from my childhood.

Just made this. Delicious and spicy. Very simple and quick to make. Thanks Becca x

That's a great idea! We never thought of it, but it looks really easy and delicious! Have to try it ine of this days after making some paella at work. Cheers!