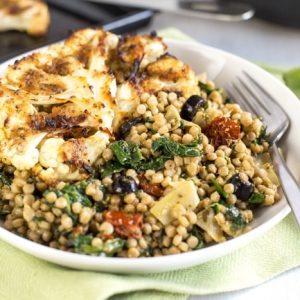 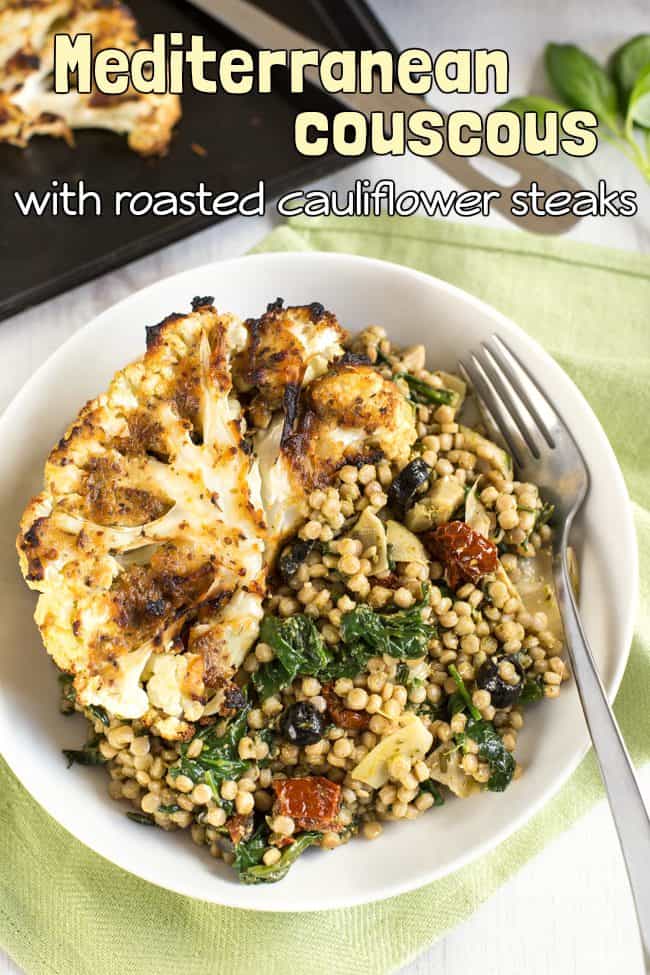 Hello strangers! Sorry for not posting a new recipe in over a week – I think it’s actually the longest this blog’s been idle in at least a few years. I’ve been filling my time by reorganising pretty much my entire house (including every single cupboard in my kitchen – so satisfying), trekking to an endless stream of DIY shops, furniture shops and carpet shops, and slowly preparing myself for the arrival of our little one in (hopefully!) about 10 weeks’ time. It’s been a blur – I didn’t even manage to get any sleep last night, both because of the constant pummelling of tiny feet into my belly, and because for some reason I decided that 5am was the right time to start searching online for the perfect shoe rack (to be fair, I found a few that look ideal, so it wasn’t an entirely wasted endeavour).

We did also manage to find a couple of days to go away to celebrate our three year wedding anniversary last week though, and it was so nice to turn off for a little while and enjoy the sunshine. That’s probably all the sun we’ll get this year, so I’d have been sad to miss it. Thanks for your patience while I took a much needed break! You’re all lovely. 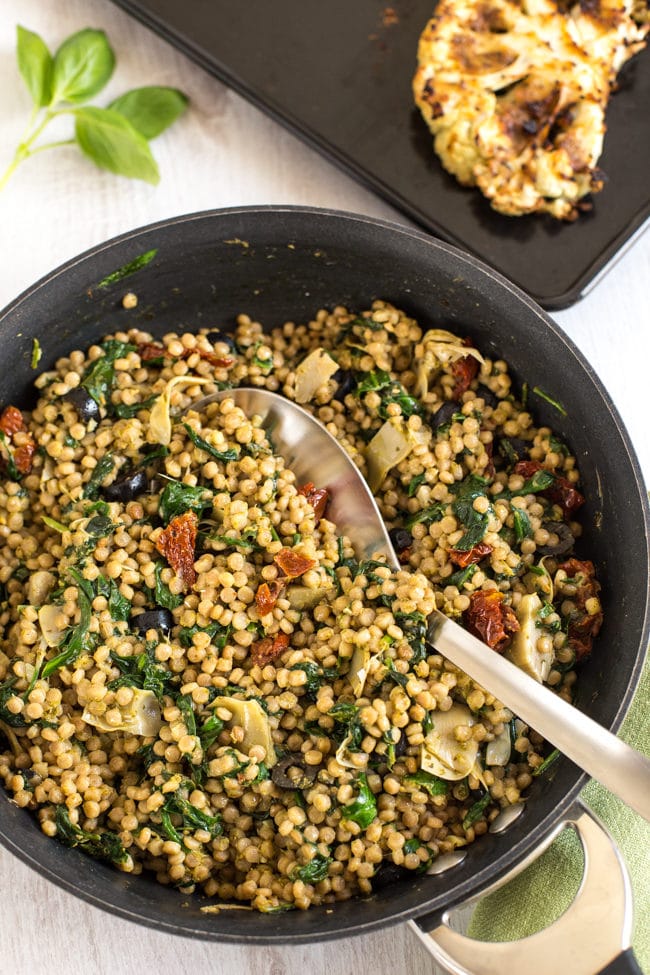 In clearing out my kitchen cupboards this past week, I’ve discovered an awful lot of stuff that I’d entirely forgotten about. Some of it’s not been too exciting – a packet of pine nuts that expired in 2014, for example (my husband didn’t let me eat them…) – but I’ve also been reminded of all kinds of goodies that I forgot I had, including a box of giant couscous.

If you’ve never had giant couscous before, it’s pretty much just tiny little balls of pasta – or a larger version of couscous, if you prefer the more obvious comparison. Just like any other grain, it’s great for dressing up with all kinds of flavours. This time, I went for a Mediterranean theme, since it meant I could also clear my fridge of a few jars of antipasti that needed using up – olives, sun-dried tomatoes, and marinated artichokes (my favourite). Along with a dollop of pesto and some fresh spinach, you get huge flavour with very little effort. 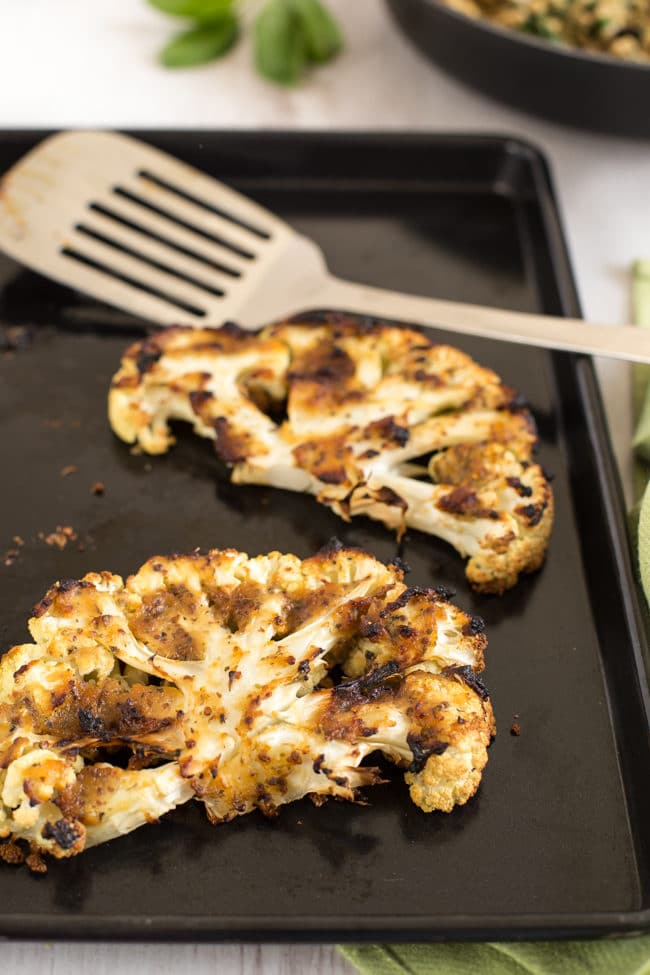 I served my Mediterranean couscous with some roasted cauliflower steaks. If you’ve still not tried roasted cauliflower, where have you been? I’ve raved about it often enough. I won’t repeat myself again, but just know that roasted cauliflower is the bomb (do people still say that?). This time I roasted it in a simple marinade of tomato puree, miso paste and wholegrain mustard, along with some dried herbs. Tons of flavour! If you don’t have miso, just use twice as much tomato puree instead. 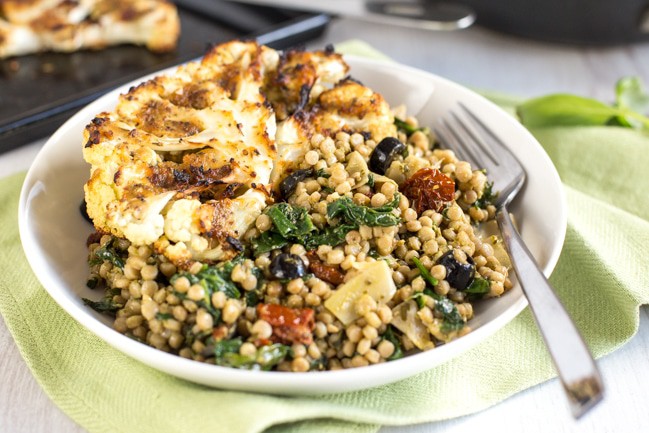 I kept my Mediterranean couscous vegan, for no real reason other than it was delicious as is – but I’m thinking it would also be pretty amazing with some cheese sprinkled on top. But then I would say that (I should really buy myself some kind of cheese stocks). 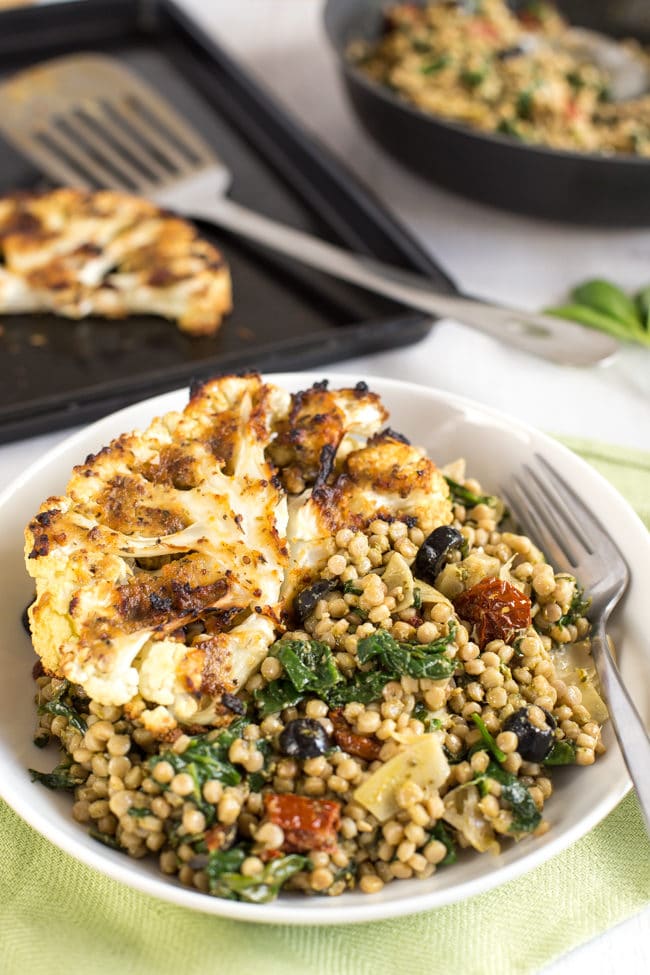 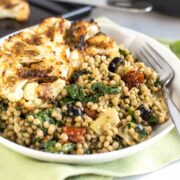 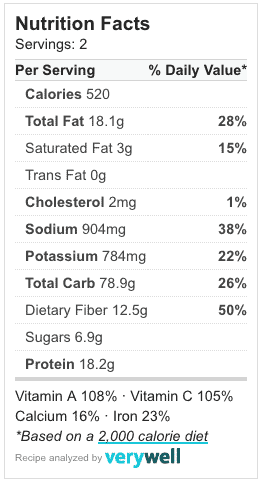 Note: Nutritional information is approximate, and will depend on exactly what ingredients you choose. Information above is for 1/2 the recipe.

If you have a few pieces of artichoke left over, they’re brilliant on a vegetarian paella: 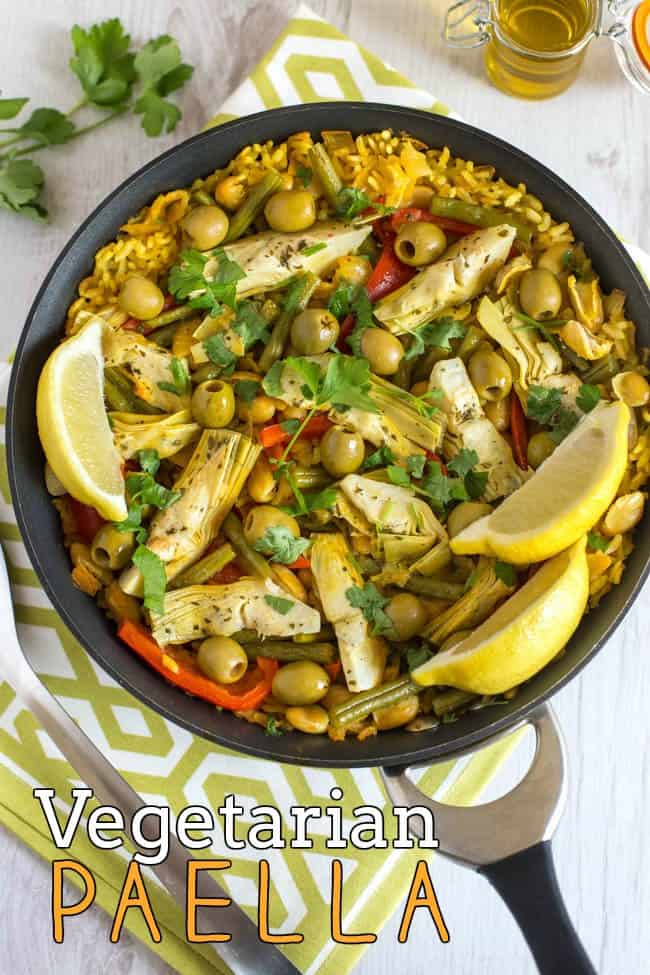