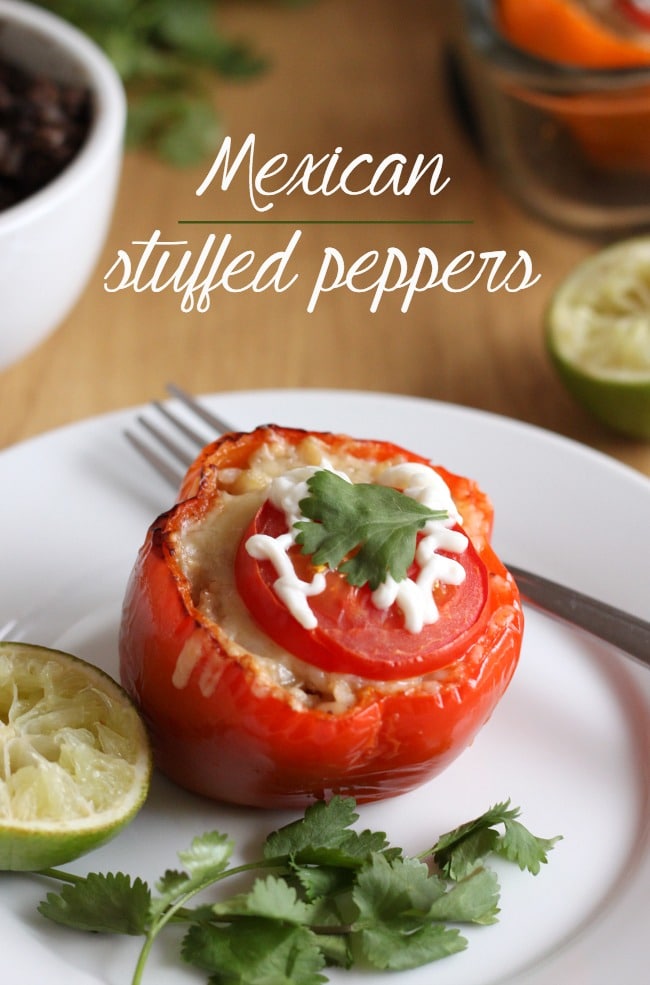 Since a photo of me sheepishly eating refried beans out of a bowl with a spoon wouldn’t make for a particularly interesting blog post (…or would it?), I thought I had better do something a little more interesting with the homemade refried beans I made last time. So, I bring you Mexican stuffed peppers!

These sweet bell peppers are stuffed to the top with homemade refried beans, rice, lime, coriander, cheese… absolutely delish. Don’t skip the squeeze of lime, as it adds such an amazing flavour to the rice!

(by the way, only red, yellow and orange peppers are allowed here in my eyes – green aren’t sweet enough!) 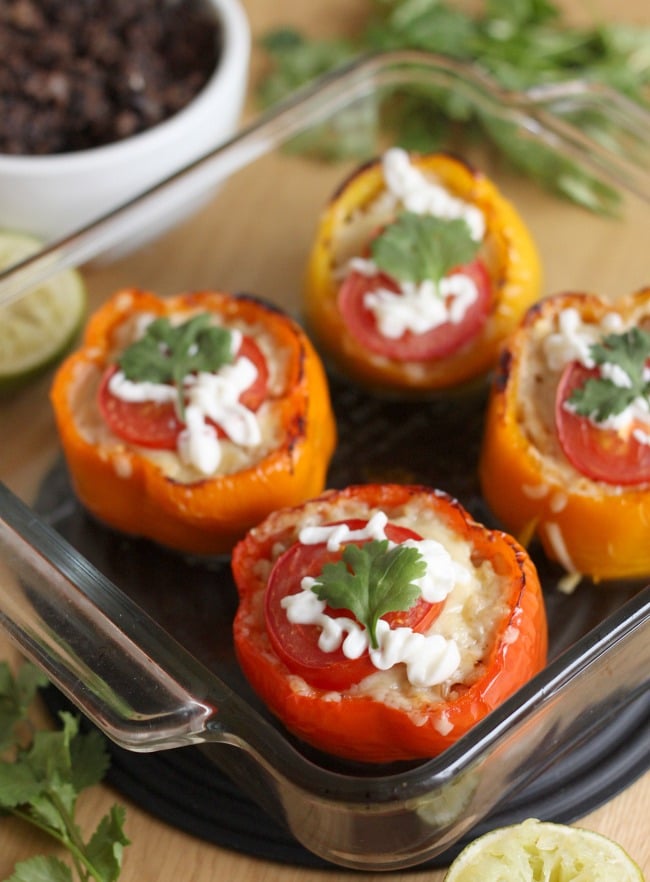 Stuffed peppers are a bit of a vegetarian standard, so I’m actually quite surprised that I have barely any stuffed pepper recipes on the blog (only one, in fact!). I think the reason is that the first time I made stuffed peppers, they went pretty wrong, and it’s put me off a bit. 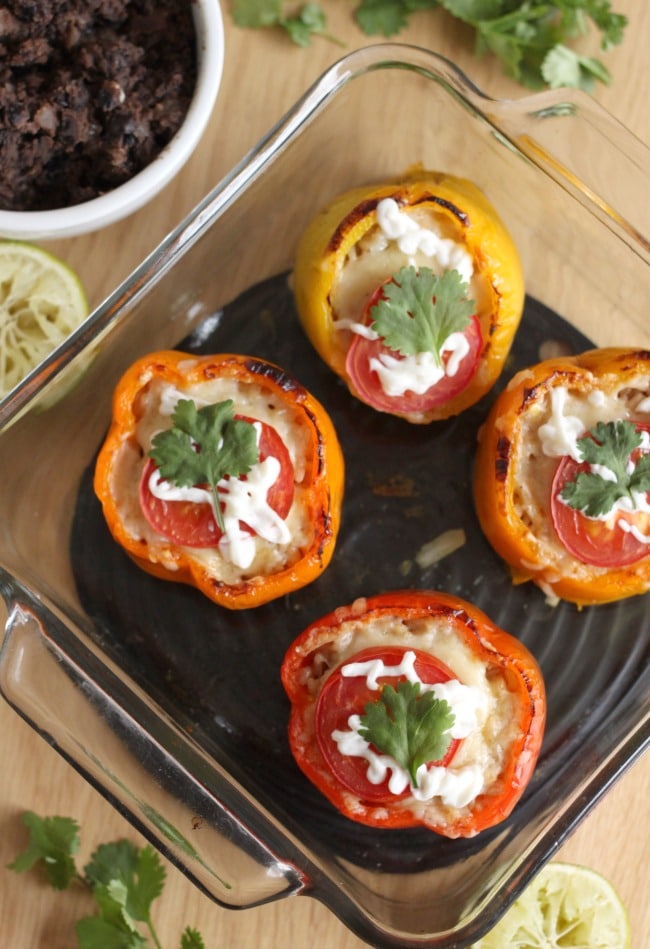 Years and years ago, when I was about 17, I had my then-boyfriend (now husband!) over for dinner. My parents were away for the night (don’t worry mum, you knew about it at the time!), so I took the opportunity to make him a really nice three course dinner. 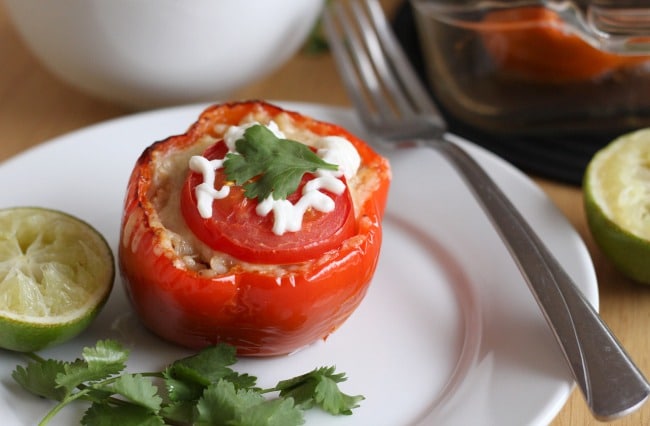 Dessert was amazing (I made a simple version of my salted chocolate pots), and I have absolutely no recollection of what I made for the main course (it was obviously not too memorable) – but I remember the stuffed peppers I made for the starter. I guess I had no real clue what I was doing at the time, because I just put the uncooked filling, which included loads of raw vegetables, into the uncooked pepper and stuck it in the oven.

Yep, it ended up as a watery mess. Any liquid the the veg held ended up in a deep (deeeep) pool at the bottom of the dish. He still ate it, but I’m sure it was mostly out of politeness. 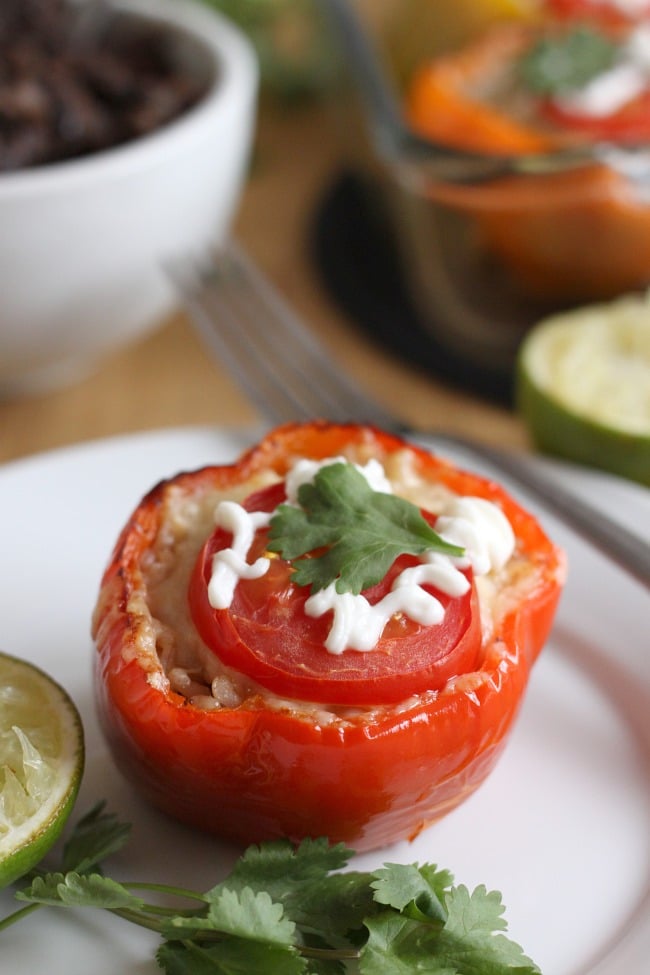 There’s a simple way to get around this problem, though. I like to use a pre-cooked filling, which definitely helps. That way, you can roast the peppers on their own (upside down, so any liquid drains right out instead of sitting inside them), and then once you’ve added your filling, they just need to be popped under the grill or back into the oven for a few more minutes to crisp up. Easy! 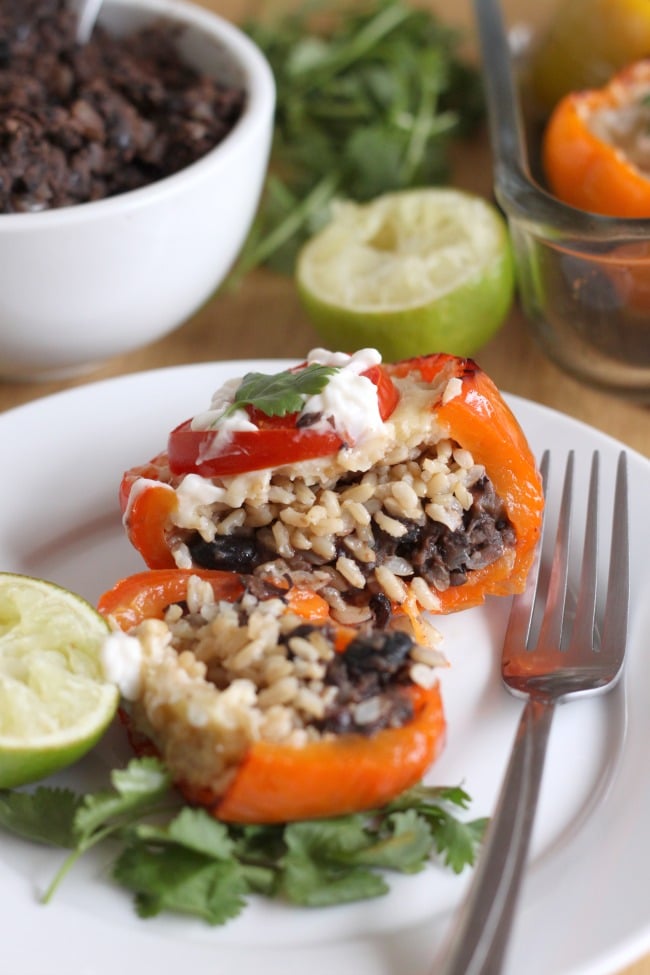 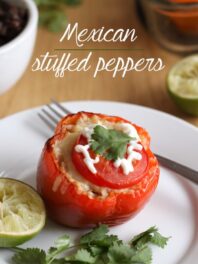 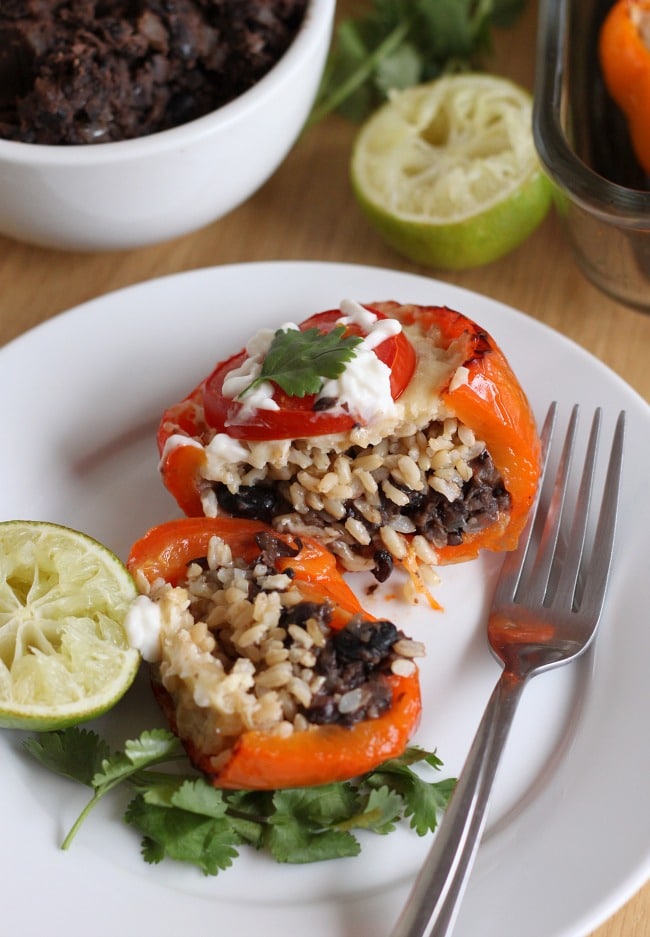 If you have some peppers left over, you could make slow cooker fajitas! 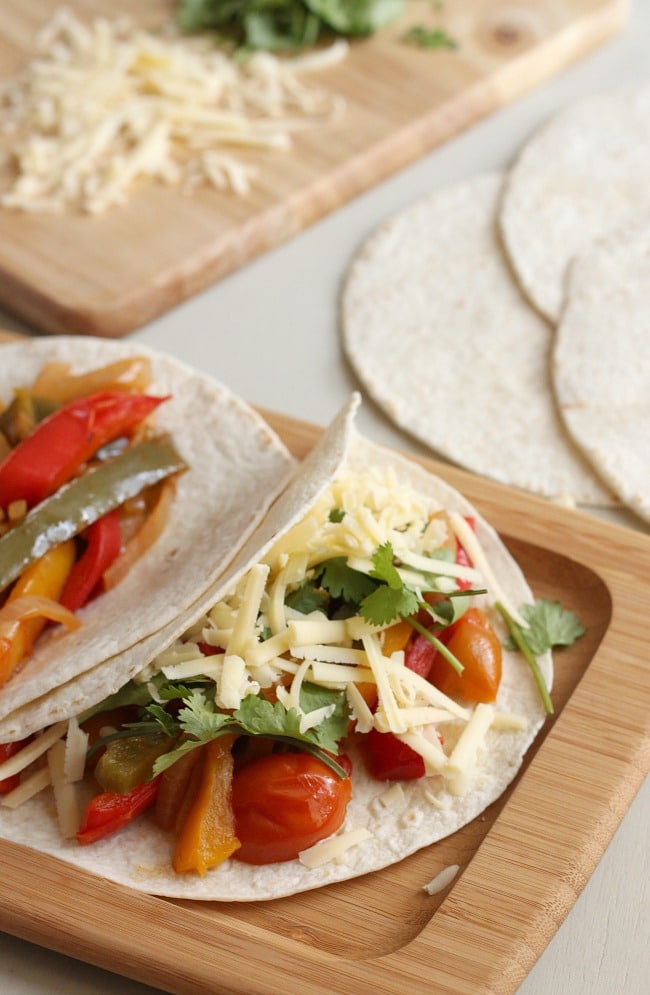 Now, I have to make stuffed peppers - haven't made them in a while and yours look so good!

Your stuffed peppers look so appetising and delicious and it's a dish I have never made which it totally ridiculous but true - or maybe I'm so old I just can't remember LOL. Another dish to add to "to do list":-)

Mmm, how I love refried beans... even though they are hell to photograph ;) Love the mexican flavours of these peppers and your post has reminded that I need to order some black beans!

Marisa Franca @ All Our Way

I'd really like to see you eating the stuffing with a spoon. It would make a great shot. Perhaps one of the pinned -- EVER!! Next to Italian I love Mexican typed spicy foods. Lets just be honest. I really enjoy food and I enjoy new tastes. This recipe looks great. I will be pinning it!!

Everything Mexican what I like the most. Great recipe!