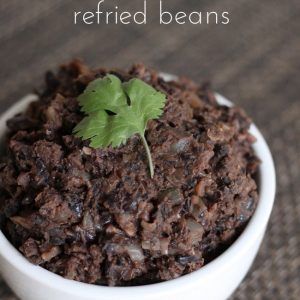 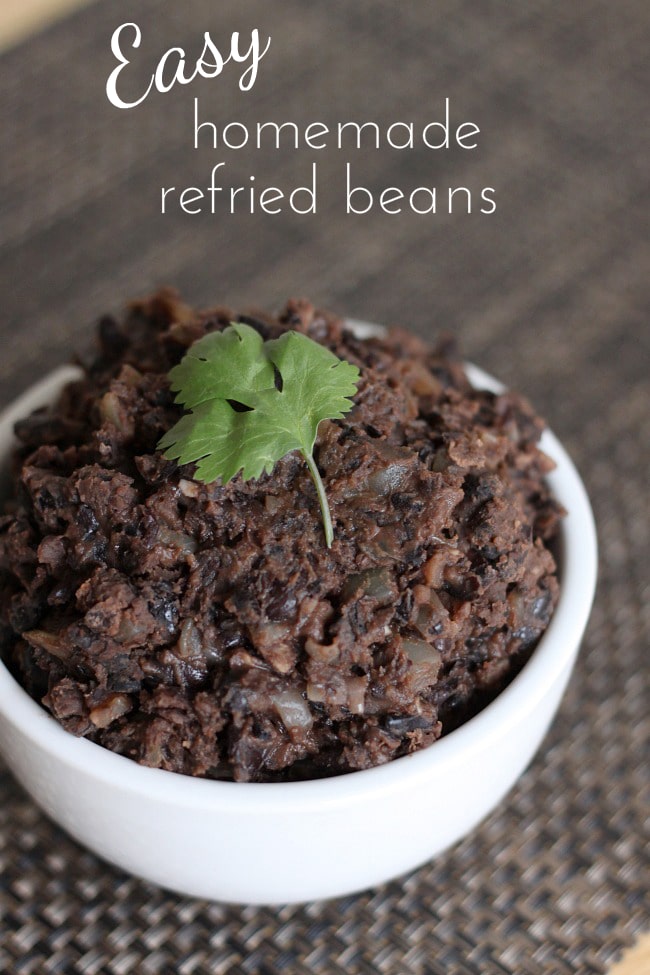 I’ve told you before how much I looove refried beans. I usually just buy a tin (these are my absolute favourite!), but since I do enjoy a bit of a dabble in the kitchen, I thought I’d make my own for a change. I figure you should make everything from scratch at least once so you can make an educated decision about whether or not it’s worth it.

So far I’ve decided that it’s totally not worth it for me to make bread or cake from scratch, because I pretty much end up tearing my entire head of hair out every time. I’ve not yet tried pasta or ice cream. Buuut, I’ve decided that homemade refried beans are a very, very good idea. 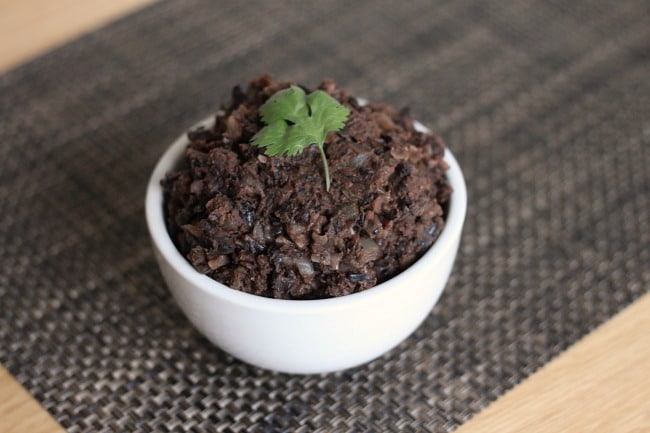 Firstly, they’re cheaper (always an important factor…)! A tin of refried beans usually costs something like £1.50 – which is about three times the cost of a tin of normal black beans. You do have to add a bit of onion, garlic, and some spices when you make your own, but the cost of those is negligible.

(PS: if you cook your beans from dried, your refried beans will be even cheaper still… but since I’m usually going for something quick and easy, I prefer to use the tinned version) 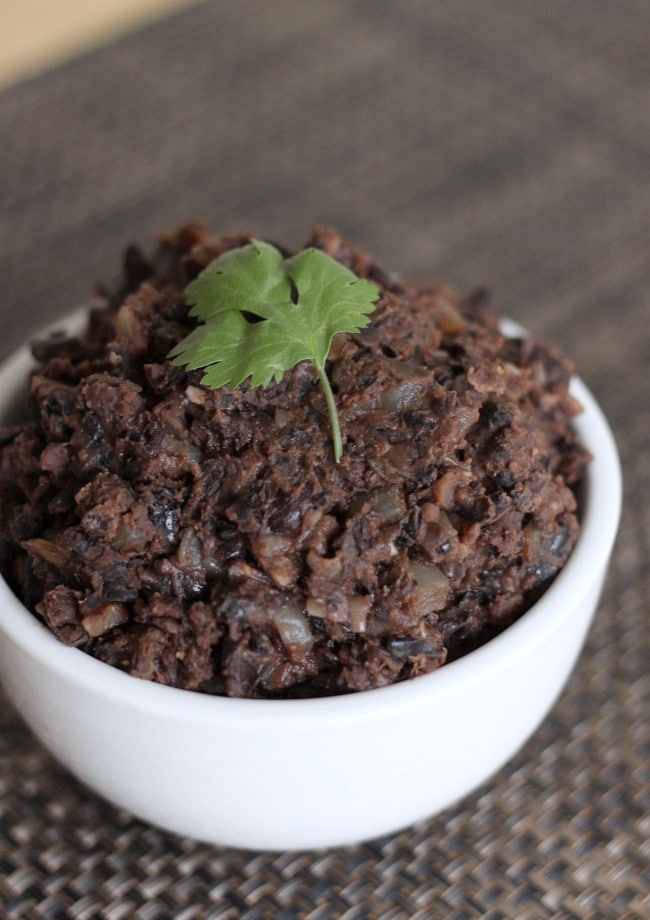 Secondly, these homemade refried beans are really, really simple to make. It’s not like homemade bread or pasta, which will have you slaving away in the kitchen for (what seems like) ages – you can have your own refried beans made up in about fifteen minutes (ten if you’re a super quick chopper).

And, last but definitely not least, these beans were amazing – just as good as my favourite shop-bought version, if not better. I left the beans out to cool for a while after making them because I didn’t need them until a bit later in the day – and I’d say a good 10% of the batch got eaten straight out of the pan through the afternoon. Hot or cold, they’re the sort of thing I could just sit and eat with a spoon.

(next time I’ll show you what I did with them, in case you don’t believe me…) 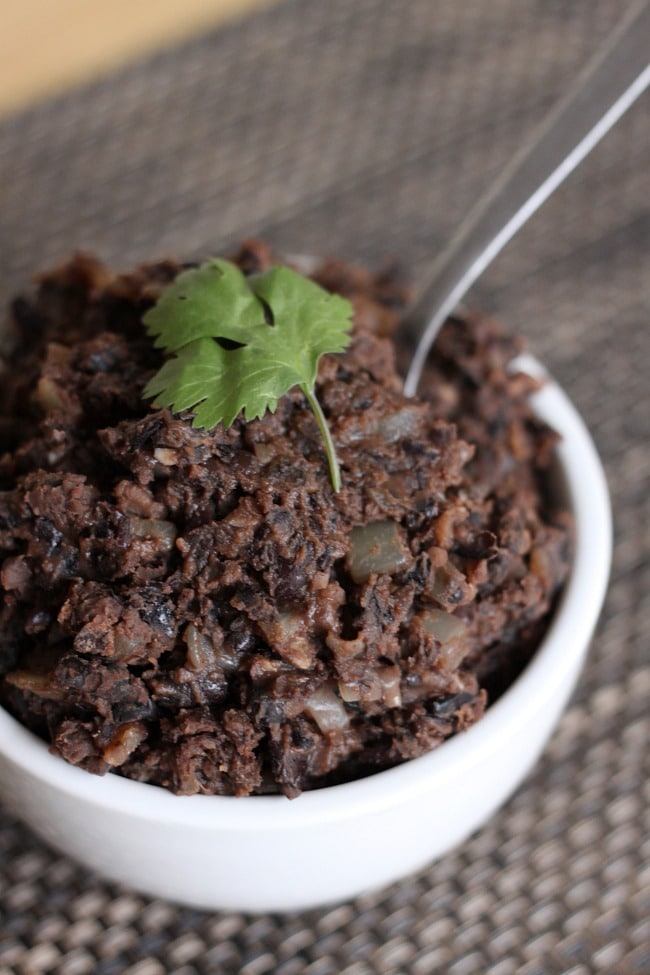 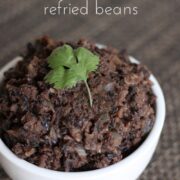 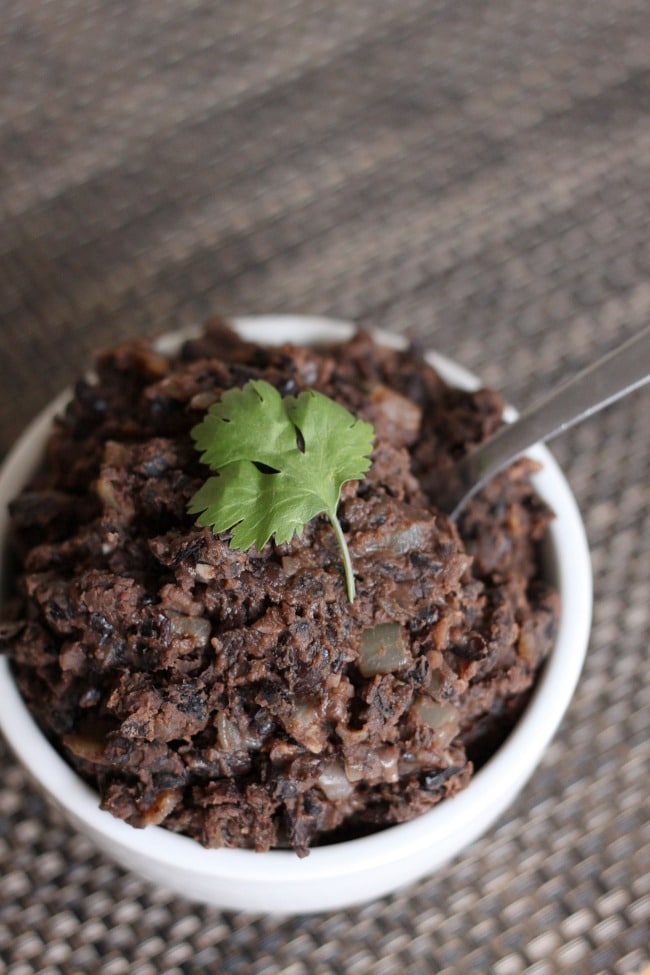 Put your easy homemade refried beans to good use in my enchilada pasta bake! 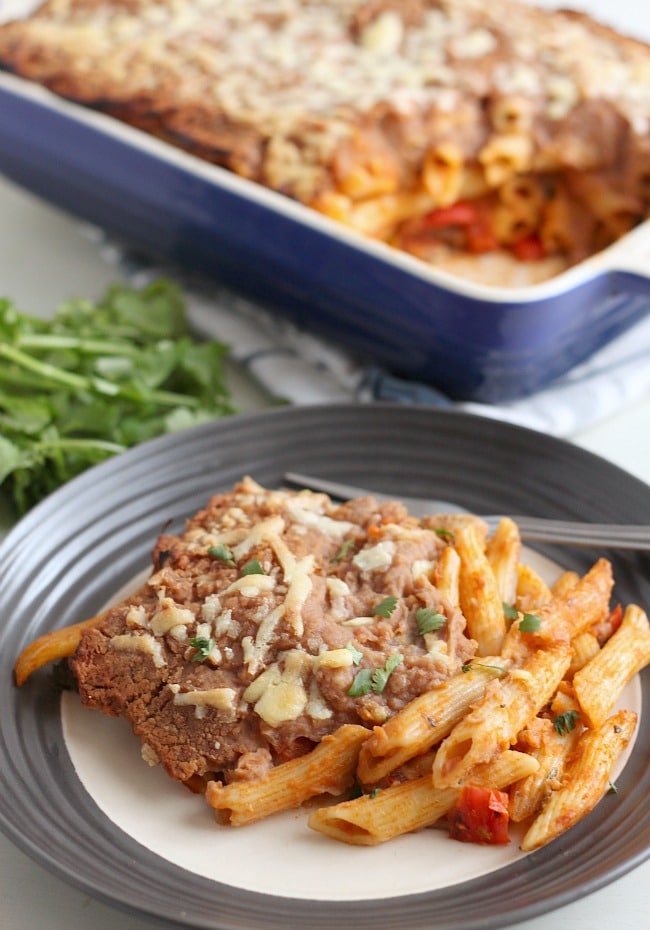