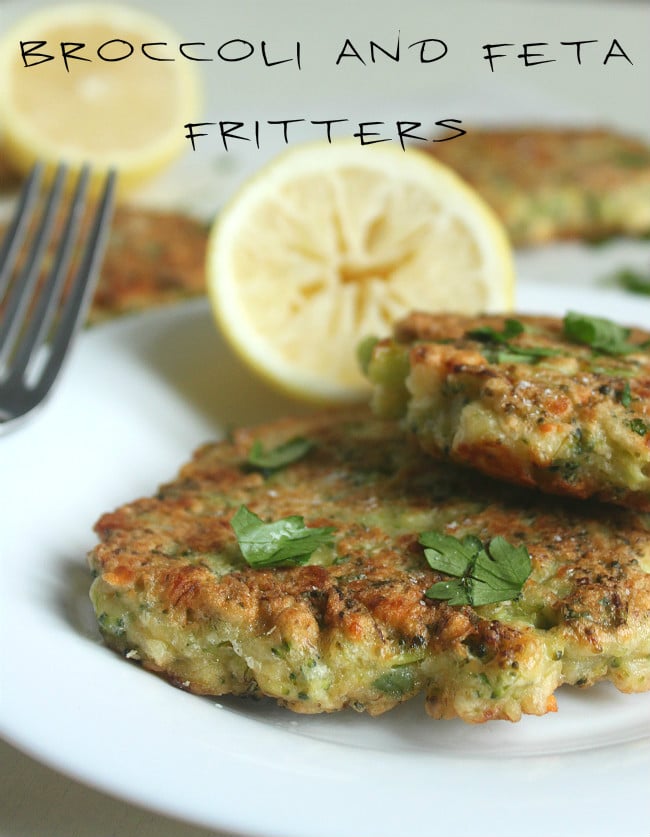 It’s half term this week, which means I get a week off teaching. In other words, a week spent lazing around! In pyjamas! Watching movies! Listening to 90s boy bands (no, just me?)! Cooking lots of unhealthy food! Okay, perhaps these broccoli and feta fritters aren’t the most unhealthy thing ever, but they are fried, which isn’t something I usually do. Most fried foods are just as good baked (for example my avocado poppers are baked and they’re awesome), but sometimes you just have to go for it and get your frying pan out. Actually, as long as you drain them on some kitchen paper after frying, they’re not at all greasy, and once you taste them, any remnants of fry-guilt (yes, that’s a thing) will disappear entirely. 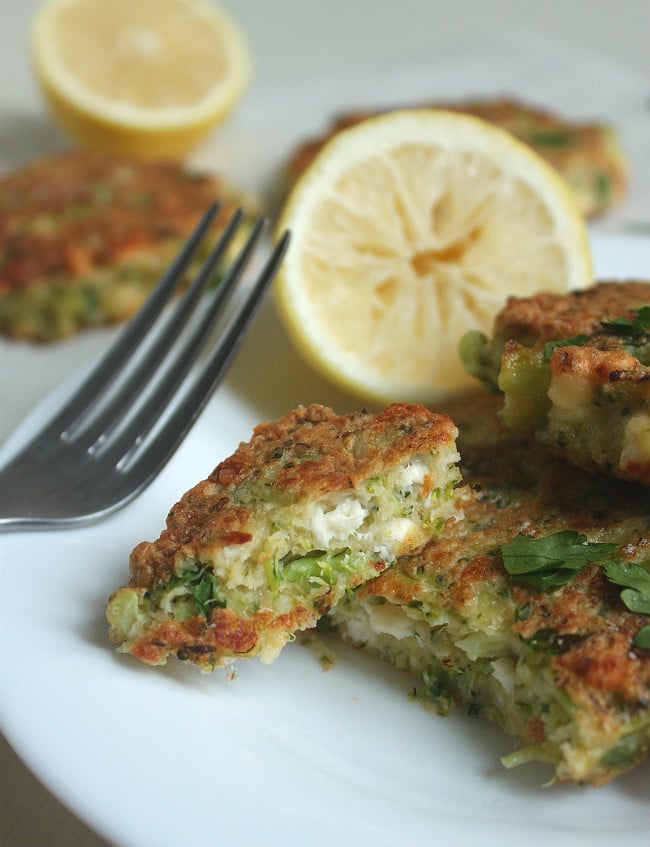 As I said, some things are great baked, but when things are fried, the heat is really intense on the outside, but not so much inside – so you end up with a crispy, chewy exterior and a soft, creamy centre. It’s just perfect for these fritters. Plus there’s just something strangely comforting about eating something that’s been fried (um, I seem to say that an awful lot of food is ‘strangely comforting’… I think I have a problem).

I love how the flavours of both the broccoli and the feta shine through in this recipe – sometimes I find that the flavour of feta, especially, is lost when it’s cooked, but I guess because they’re cooked so quickly, it doesn’t have a chance to disappear. It adds the perfect salty creaminess to the middle of these broccoli fritters (by the way, I’d appreciate some applause for finally having learned how to spell ‘broccoli’. It used to be one of those words that I would have to google every time to see if it was ‘broccoli’ or ‘brocolli’. Literally every time. I’m a slow learner). 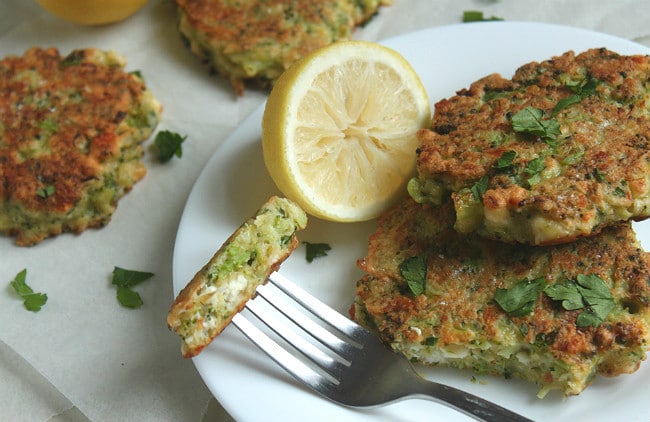 Anyway I had better return to my movies. It’s pretty sad, but I’ve actually run out of rom-coms to watch on Netflix. Literally, I’ve watched them all – some multiple times. I even resorted to watching Hope Springs the other day, which is actually the second film I’ve watched about Meryl Streep’s sex life (It’s Complicated was the first) and, embarrassingly, the second that I’ve enjoyed. I have no shame. 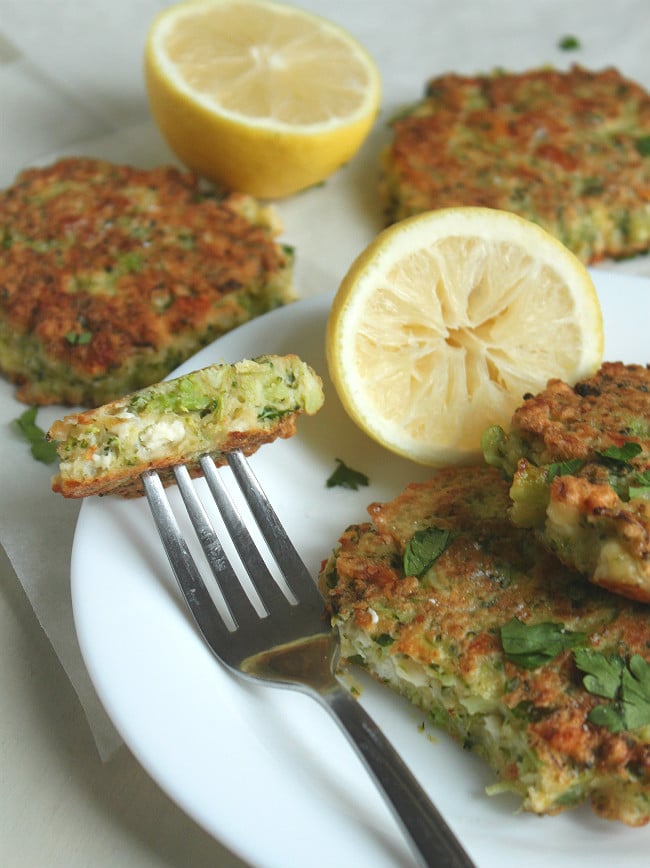 These look so easy and so delicious. I'ma huge fan of broccoli and always have some in the house. Same with feta really but had never thought to combine the two like this. Thanks for sharing

I love fried broccoli! Feta I bet gives it that salty taste :) Do you ever have fondue where you deep fry things like meats and veggies? Broccoli is my favorite for that! Thanks for sharing recipe! Love your website!

I love broccoli and feta and these sound outstanding! And frying occasionally is perfectly ok, right? Or at least that's what I think. Pinning!

They look and sound wonderful!

Oh, my! They look amazing! Bookmarked!