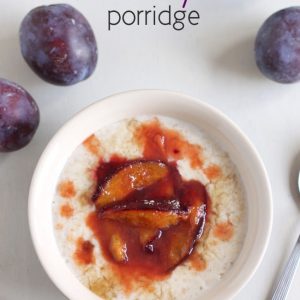 Every time I make porridge for breakfast, I wonder why on earth I don’t make it more often (much like pancakes on Pancake Day…). It’s quick, it’s much healthier than a bowlful of sugary cereal, and it only gives you one thing to wash up, especially if you eat it straight from the pan (…did I say that out loud?) – not to mention the fact that it’s absolutely delicious and keeps you satisfied all the way through the morning.

After discovering the wonders of topping porridge with fruit when I made my coconut oats with brown sugar bananas way back in January, I decided to try a different version – cinnamon plum porridge. Generally I prefer savoury meals to sweet ones, but when I’m craving a bit of sweetness, I think this may well be my new go-to! Absolutely gorgeous! 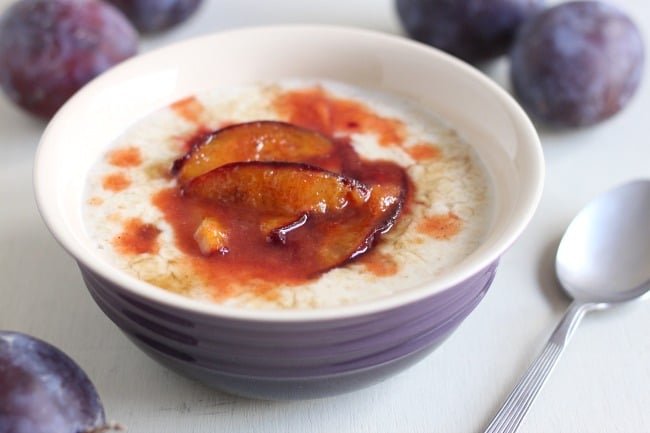 The porridge itself is thick and creamy, and the cinnamon plums on top are divinely juicy (yes, divinely). If you’re a fan of a sweet breakfast but don’t want too much refined sugar, this is the breakfast for you! I did add one spoonful of sugar while I was cooking the porridge, but you could always skip this if you prefer – once you’ve stirred the plums through, you might find that you don’t need it. Cinnamon is amazing at giving the illusion of sweetness! 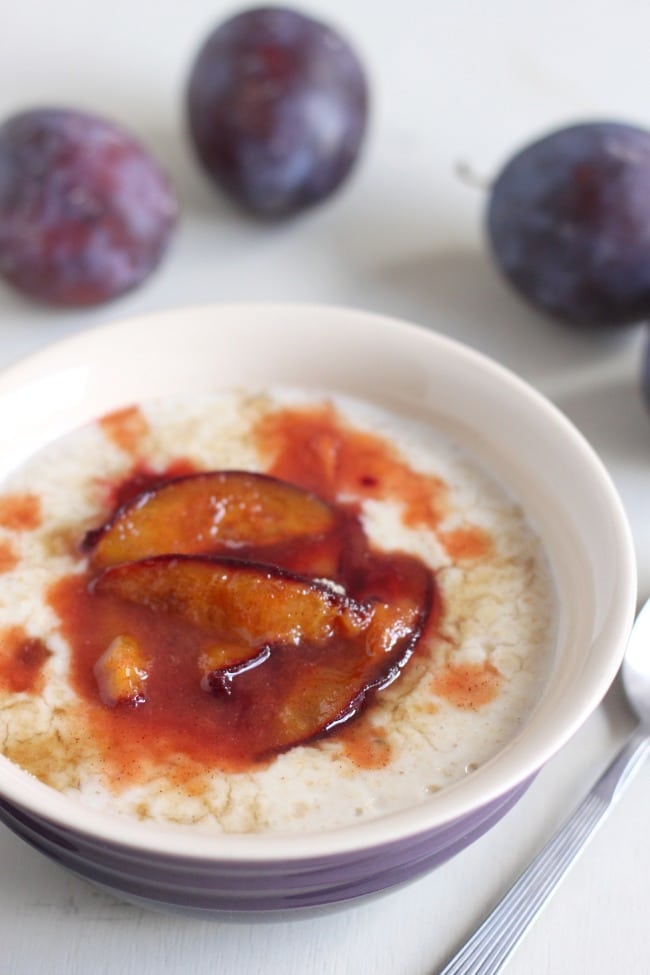 Don’t forget to drizzle your porridge with all the juices from the plums – as they cook, they release oodles of the stuff, and along with the dash of orange juice they’re cooked in and the generous pinch of cinnamon, these juices are one of the best bits of the dish. It’s like gravy for your breakfast (…or something that sounds less gross).

I only cooked my plums briefly so that they still retained a bit of their shape, but if you prefer you can cook them right down. They will probably look more like plum jam than actual plums, but they’ll be just as delicious! 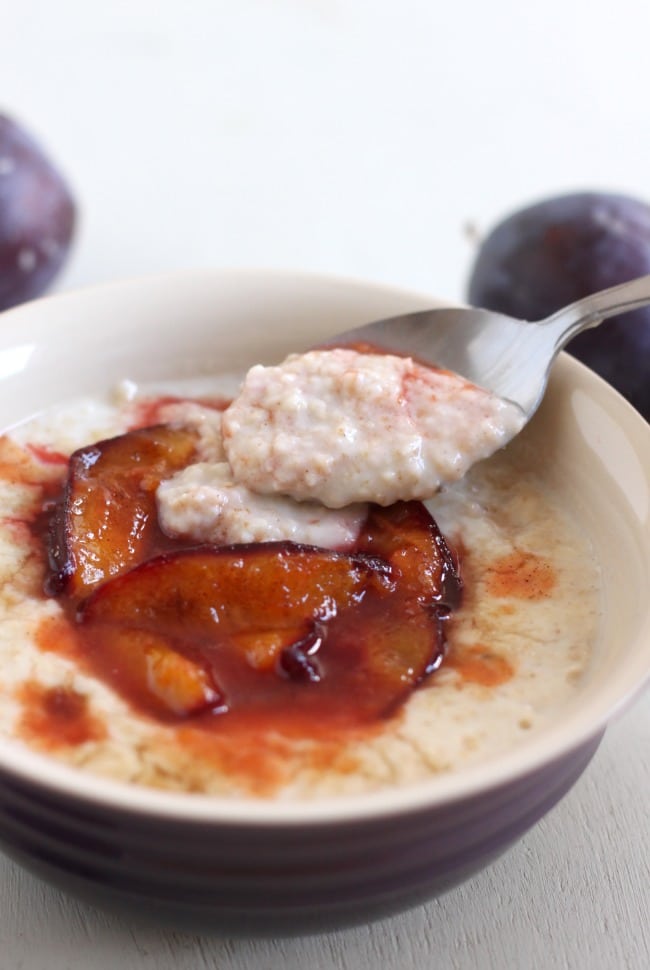 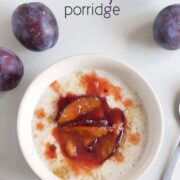 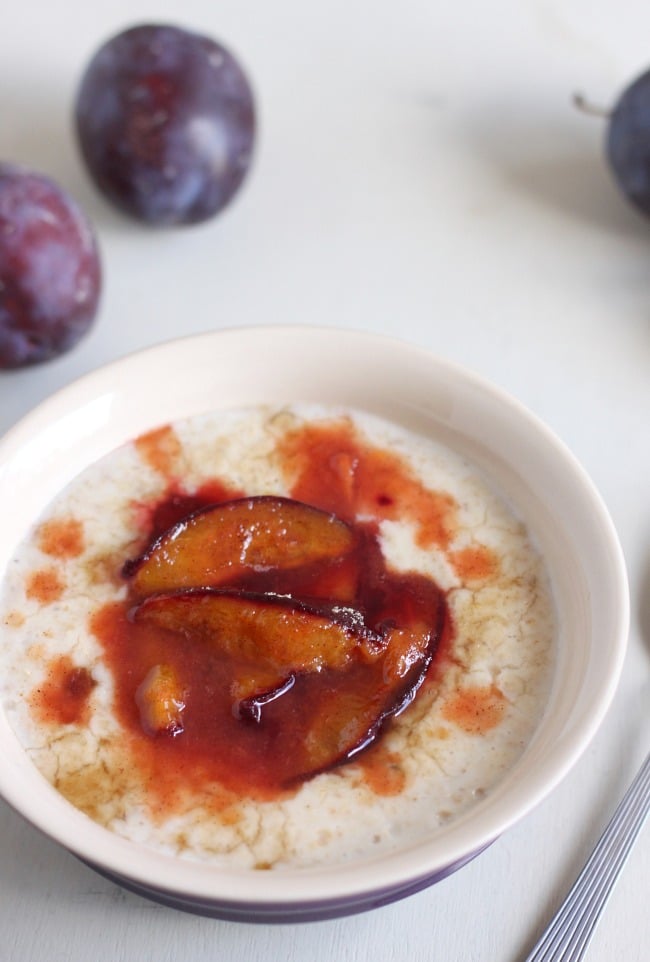 If you prefer a savoury breakfast, why not try my breakfast nachos, topped with avocado, black beans and a fried egg! 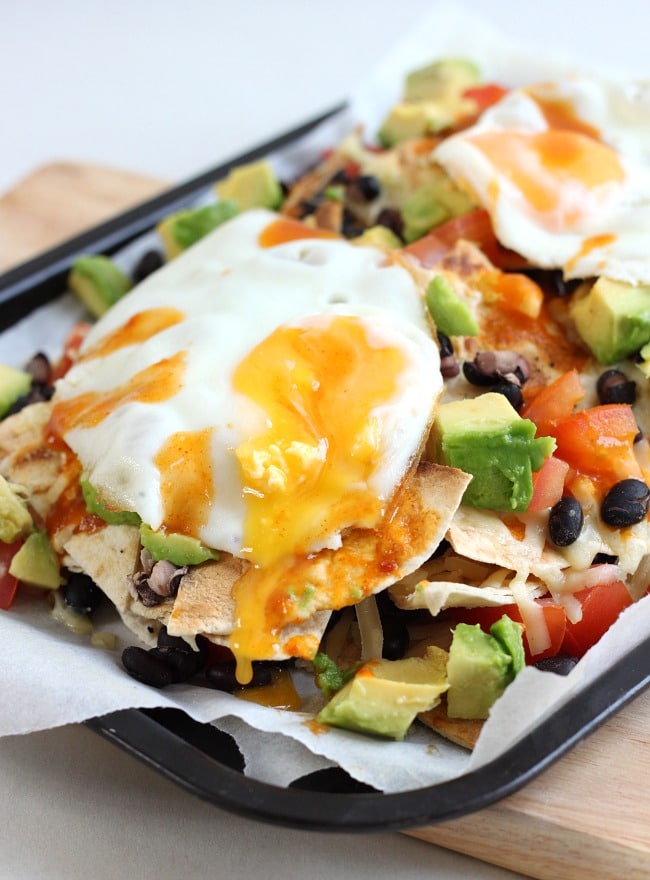