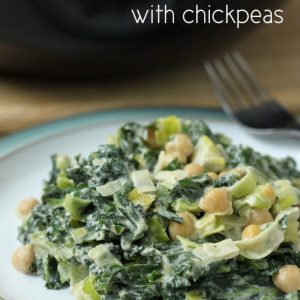 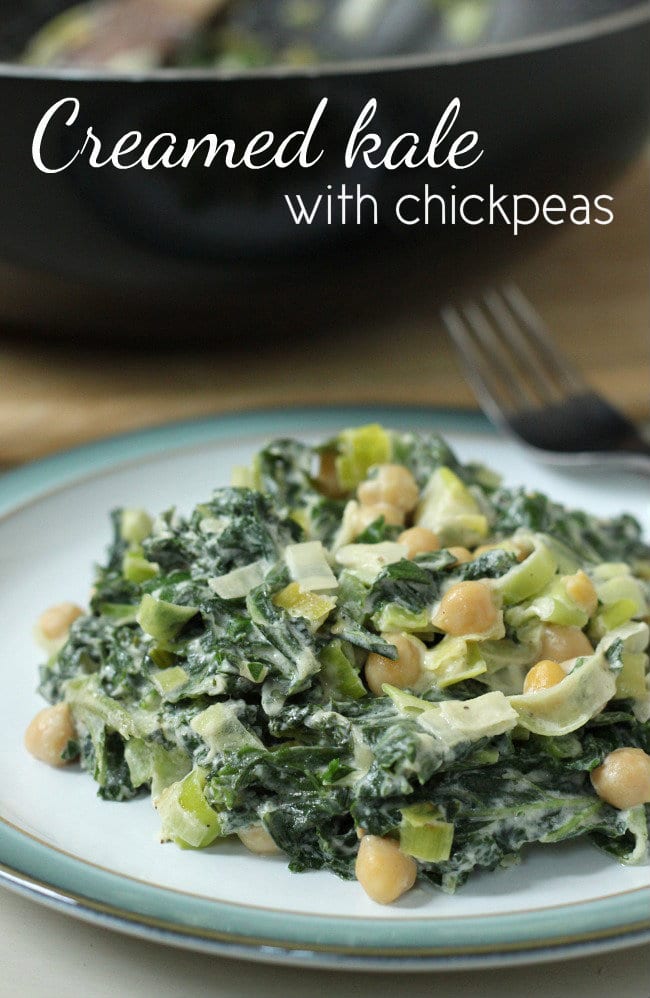 Okay, now you’re going to have to bear with me on this one. I know that kale and chickpeas might not sound like the tastiest things ever – they’re very vegetarian sounding (and I say that as a vegetarian). All you need is some added tofu and perhaps some quinoa, and you’ve gone full-blown flower child, hugging trees and playing a tambourine.

But trust me. This dish was delish. A delish dish, if you will. 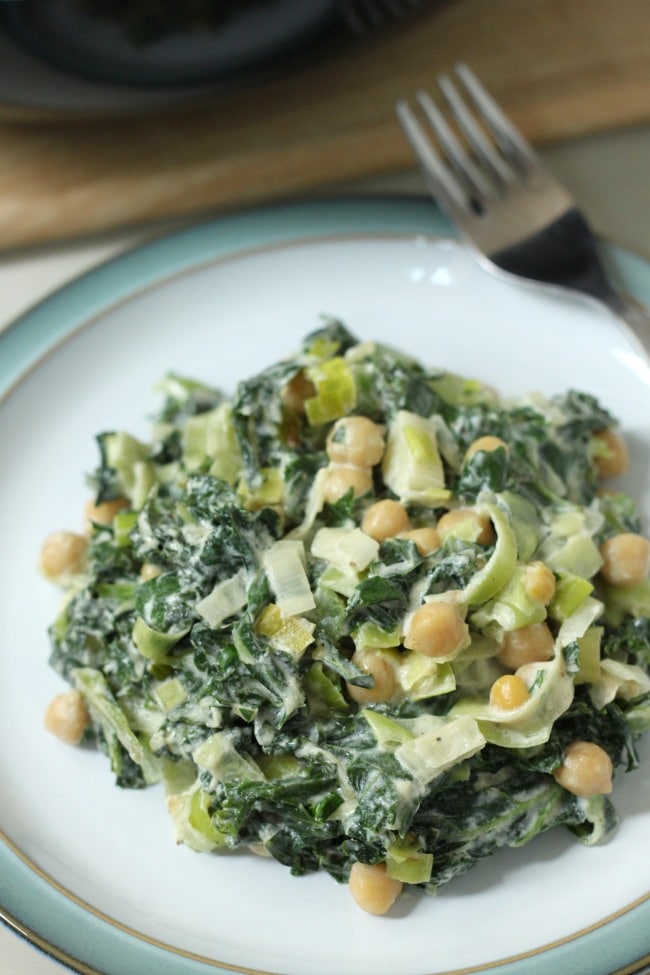 Perhaps you’ll be convinced when I tell you about all the garlic, and the cream, and the cheeeeese in this creamed kale! As I said when I posted the portobello and kale quinoa bake – if there’s any way that kale is going to be made completely and utterly irresistible, it’s going to be by smothering it in cream. It tooootally works. 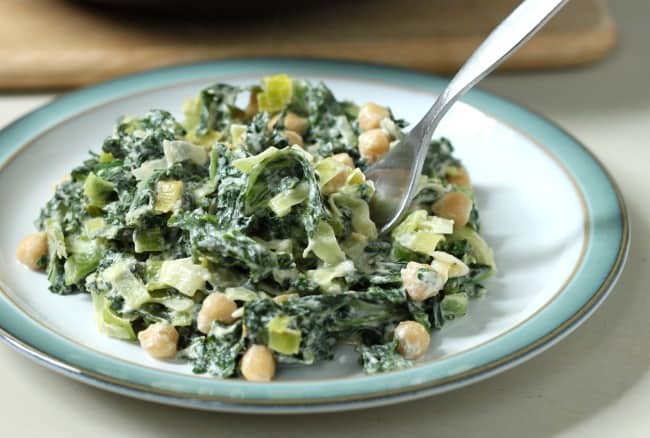 The best thing is that, although it seems pretty luxurious, this dish actually only contains a dash of cream and a small sprinkling of cheese (split between two or three people, no less!). You gain a huge amount of deliciousness from a fairly modest amount of indulgence. And considering the amount of nutrients in the vegetables (superkale to the rescue!), I’m willing to let it go if you are? 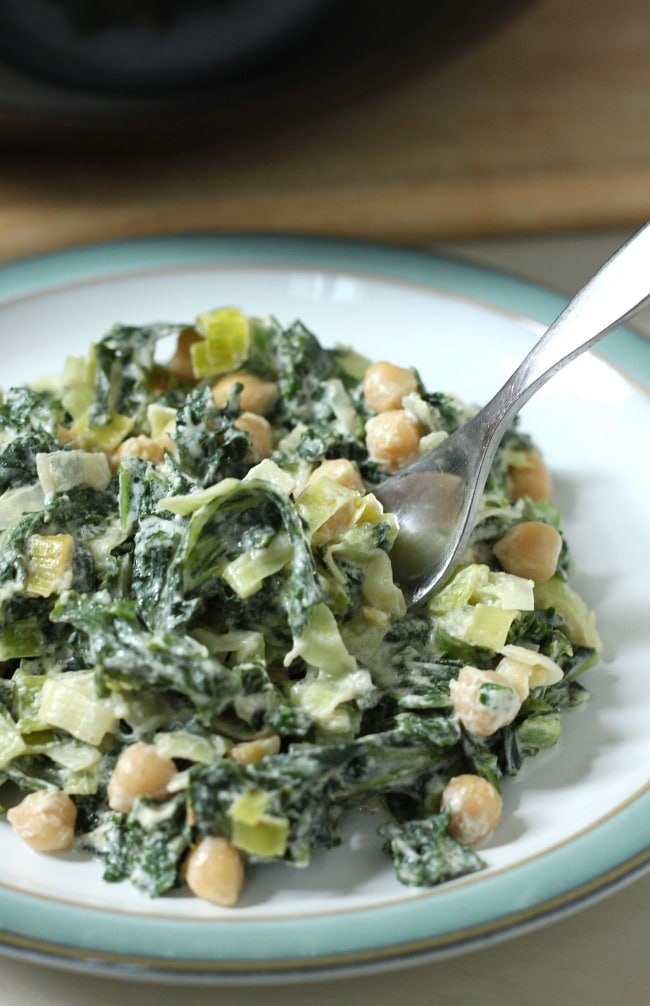 Creamed kale would usually be served as a side dish, but the chickpeas in this version make it substantial enough to eat on its own if you prefer. With a slice of garlic bread at the side, it made a very happy lunch.

One last thing: I really, really love how the texture of kale is compared to, say, spinach. Spinach cooks down completely until it’s just a soft mush, and as much as I love spinach in other dishes, a big forkful of it sometimes isn’t the best. Kale, on the other hand, does become fairly soft, but also keeps its shape much more than spinach does, and still has a bit of bite to it. And you don’t need to use twelve entire bagfuls to make a meal! 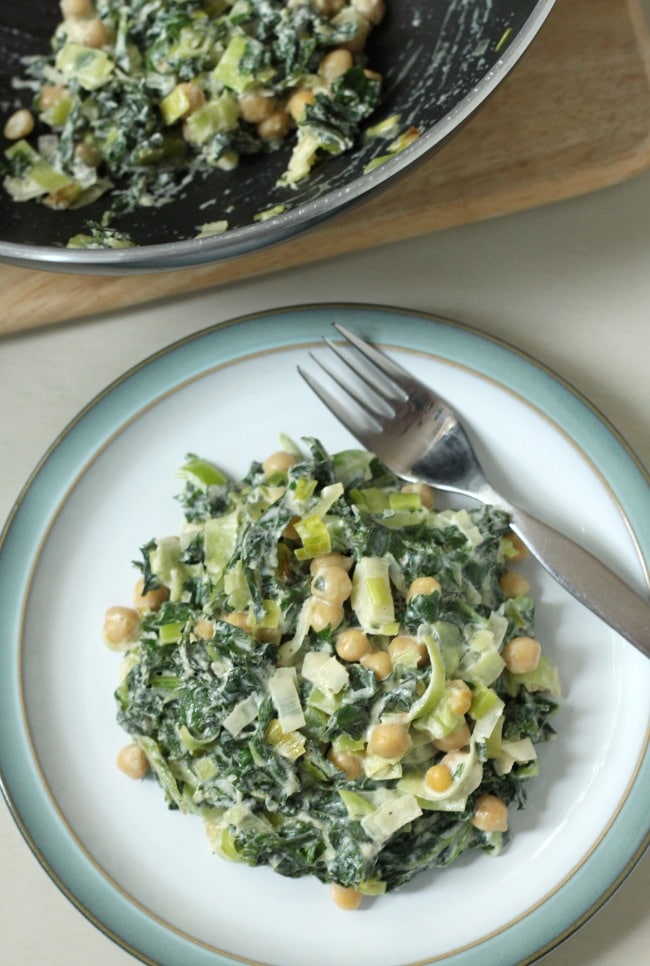 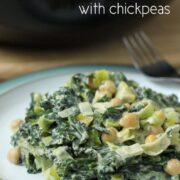 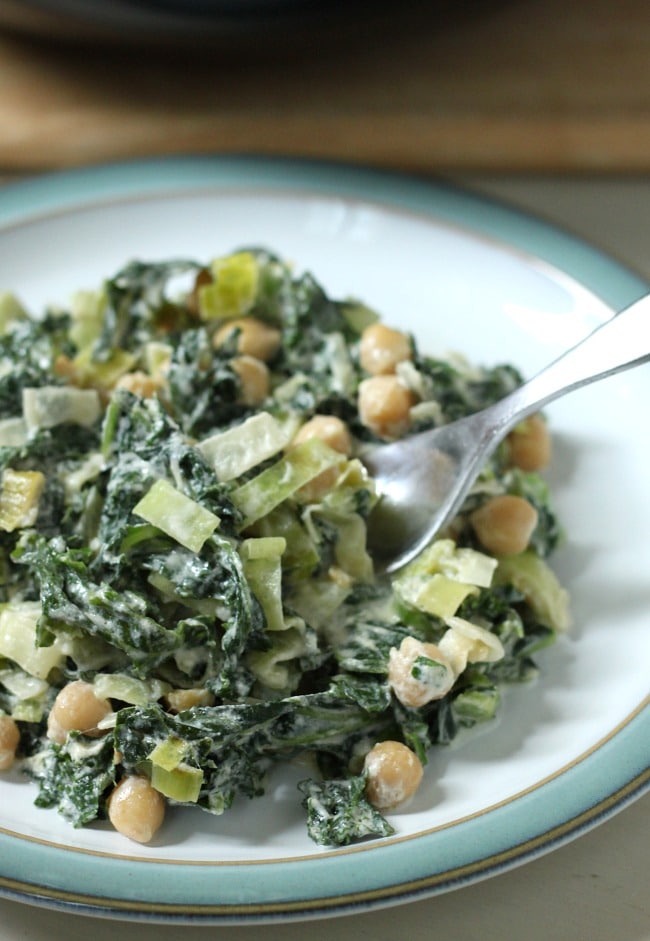 If you have some cream left over, put it to good use in my mushroom and chestnut pie: 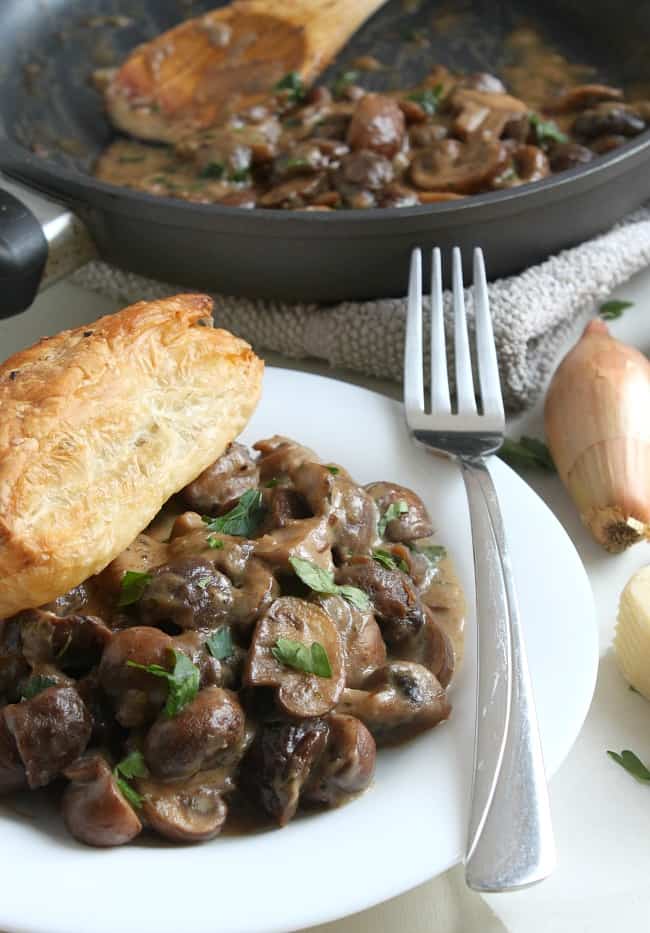 15 comments on “Creamed kale with chickpeas”