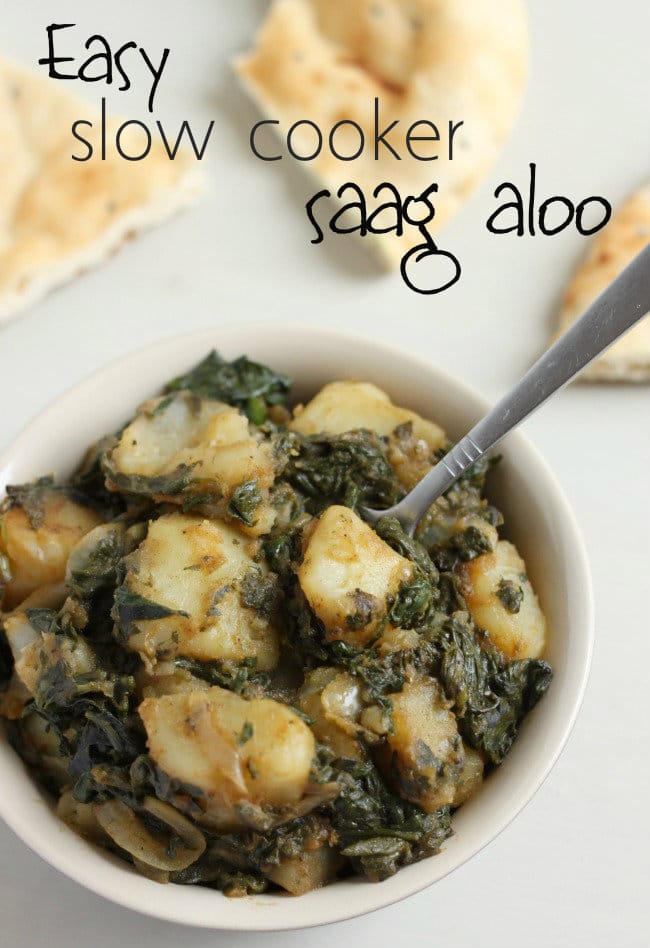 I’ve been totally obsessed with spinach lately (much to the annoyance of my fiancé, who isn’t a fan – I know, I’m the worst girlfriend ever). So much so that I think I’m going to have to ban myself from buying any more for the next couple of weeks. It’s just so versatile – eat it in burgers, stick it in soup, use it to make pesto… this time I made saag aloo, an Indian spinach and potato curry.

Saag aloo isn’t tricky to make at the best of times, but I decided to make it even more super simple (read: for lazy people) by using my slow cooker. The best bit is that, like most of my other slow cooker recipes, it requires no pre-cooking whatsoever. I really don’t see the point of spending ten minutes at the hob before you even get to the slow cooker – by the time you’ve dirtied some pans and spoons, you may as well have cooked the whole meal on your stovetop. No, this recipe is for those days where you literally want to dump everything in the pot and return to your dent in the sofa.

I’m sure even the busiest of us have five minutes to spare to peel a few potatoes. 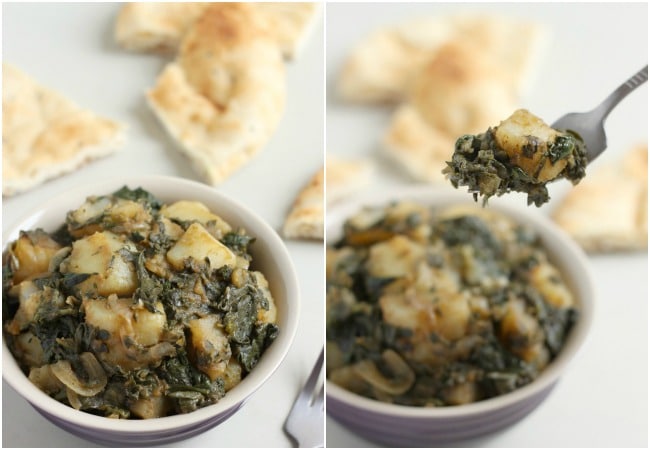 By the way, the usual disclaimer: I have no idea how authentically Indian this recipe is. Chances are, not very. But, it does the job – it’s easy to make, it’s healthy, and it tastes great – so I don’t really think I mind either way.

Since this dish lacks a protein element, it’s often served as a side dish. We had ours alongside a curry and some naan bread – it was a bit of a feast but it was awesome. If you’d rather have it on its own, you could always stir in some tinned chickpeas for the last hour or so of cooking time. 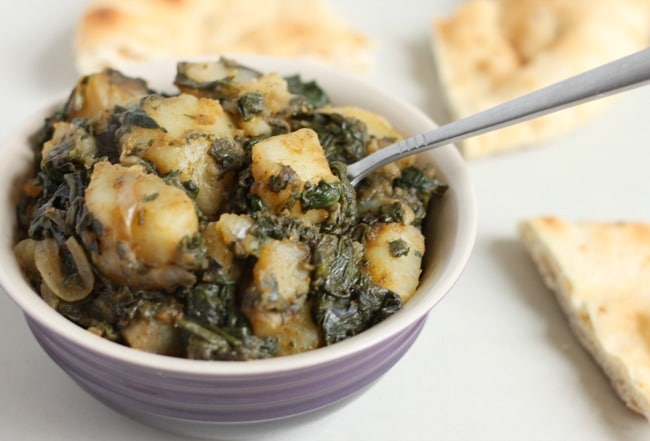 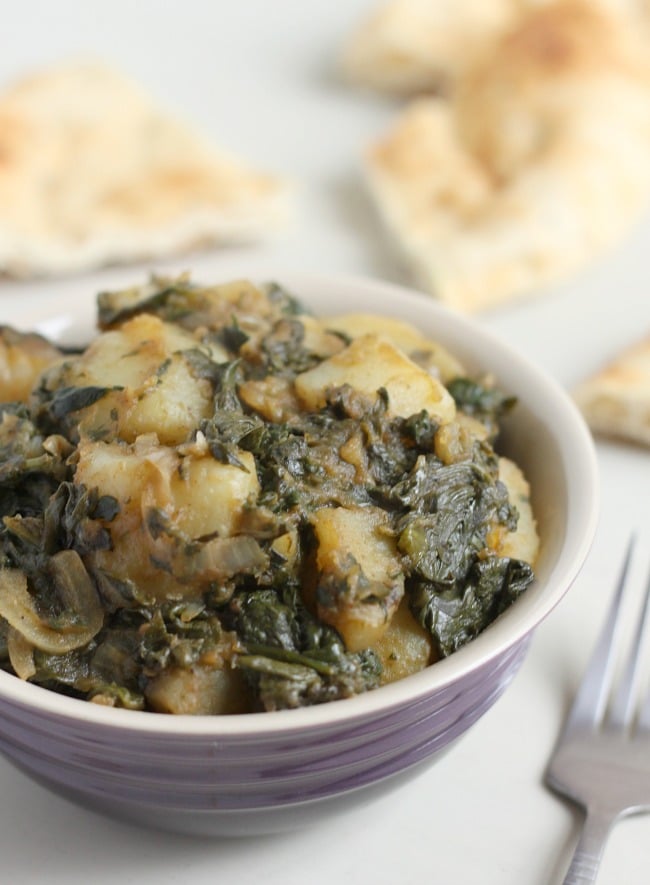 If you love spinach and Indian flavours but fancy something a bit different, try my saag paneer puffs with mango dipping sauce:

Easy simple curry. I fried up my onions and spices before adding it to the slow cooker. Also added some garlic and pepper. I ate it with garlic naan it really hit the spot!

Sounds great, I love garlic naan! Glad you enjoyed it :)

Do you think this recipe would work with frozen spinach? I would appreciate any recommendations on quantity or other alterations needed. Thanks!

I can't tell you how much me and my family love this recipe! It's so easy and tasty. I have made it countless times. Definitely a winner. Thanks

Yay! Thanks so much Lisa!

So just to be clear, you didn't add any water to this recipe? It looks really good, I just bought a slow cooker and really want to try some recipes on it.

Hi Cinthia, I added 50ml water as it says in the recipe :)

Really great but I decided to add the spinach at the end so it didn't turn to mush :)

Fair enough! Hope you enjoyed it :)