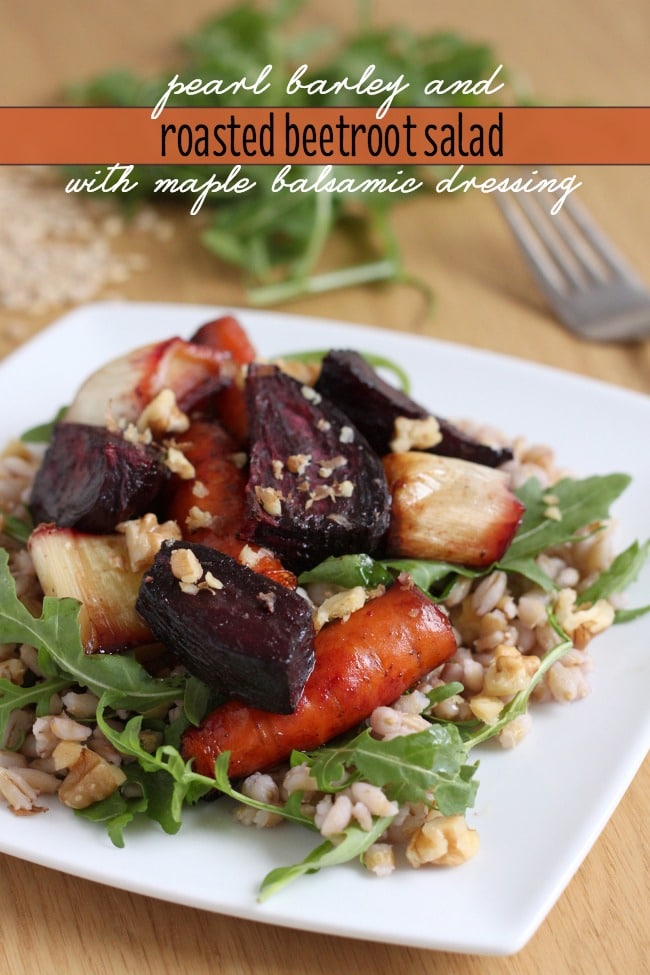 This recipe is a bit different from my usual offerings – not a chickpea or a lump of cheese in sight! Instead, I decided to embrace the looming autumn with earthy roasted beetroot, carrots and leeks. It just goes to show that I should try new things more often, because this pearl barley and roasted beetroot salad was one of the best dishes I’ve made in ages. Heaps of roasted vegetables, with a sweet and sticky maple balsamic dressing, hearty pearl barley, and a scattering of chopped walnuts for a bit of crunch. It made a really gorgeous dinner, but a smaller portion would be great as an appetiser too. 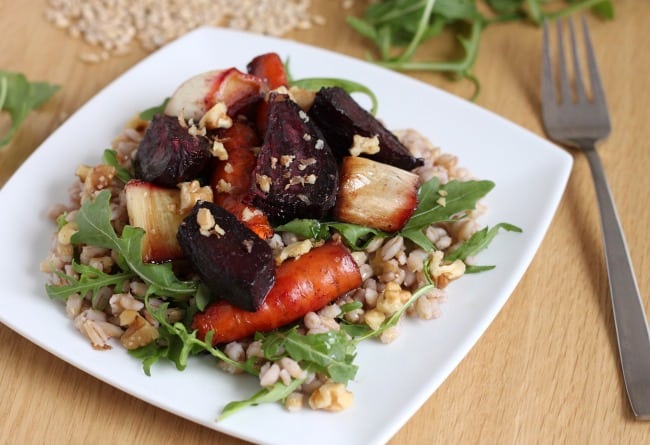 Pearl barley is new to me, though I’ve had the packet in the cupboard for months – probably even since last year (you can tell how often I clean out my cupboards…). I bought it on a whim, thinking it might be a welcome change to the usual rotation of pasta, potatoes, rice, pasta, potatoes, rice… But when I got it home I realised that the packet said it took 75 minutes to cook. An hour and a quarter. To cook a grain! Naturally this put me right off, so in the cupboard it stayed.

Buuuut, I’m really glad I finally decided to let it see the light of day, because in fact it was ready in only about 30 minutes – I genuinely have no idea what the packet was talking about. 30 minutes I can handle! So if you have a sad packet of barley in your cupboard like me, make sure you give it a try. Like most grains, it doesn’t have a huge amount of flavour on its own, so it’s easy to dress up however you please. I actually found the texture ever so slightly reminiscent of oats, but a bit more substantial. 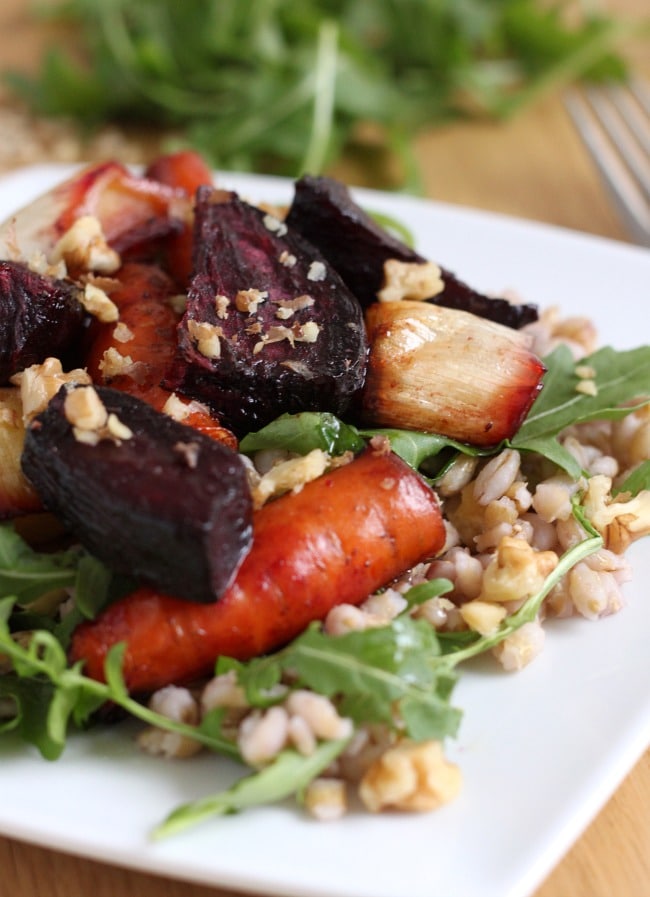 Roasted beetroot is also fairly new to me – I don’t often use fresh beetroots. In the past I’ve been put off by the amount of clean up I  foresaw (I had visions of me needing to wipe bright pink beetroot juice off the ceiling), but actually it wasn’t nearly as bad as I was expecting – I definitely made a big pink mess on the chopping board, but it all washed off pretty easily. Another thing that was much less hassle than I thought it would be!

So if you’re scared of either pearl barley or beetroot… don’t be! Make this pearl barley and roasted beetroot salad instead. 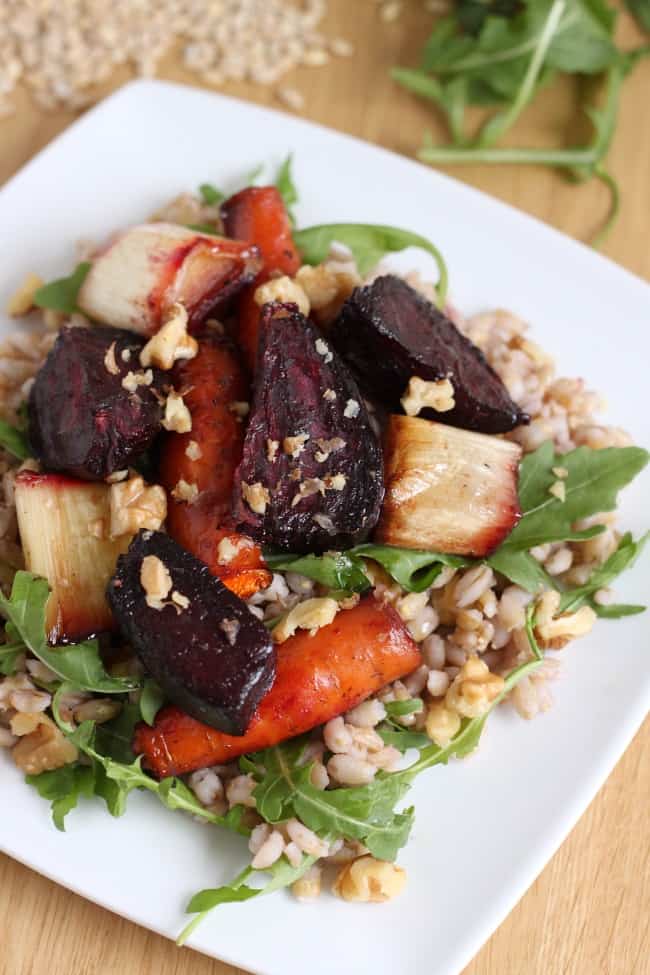 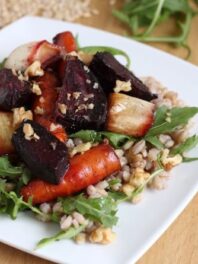 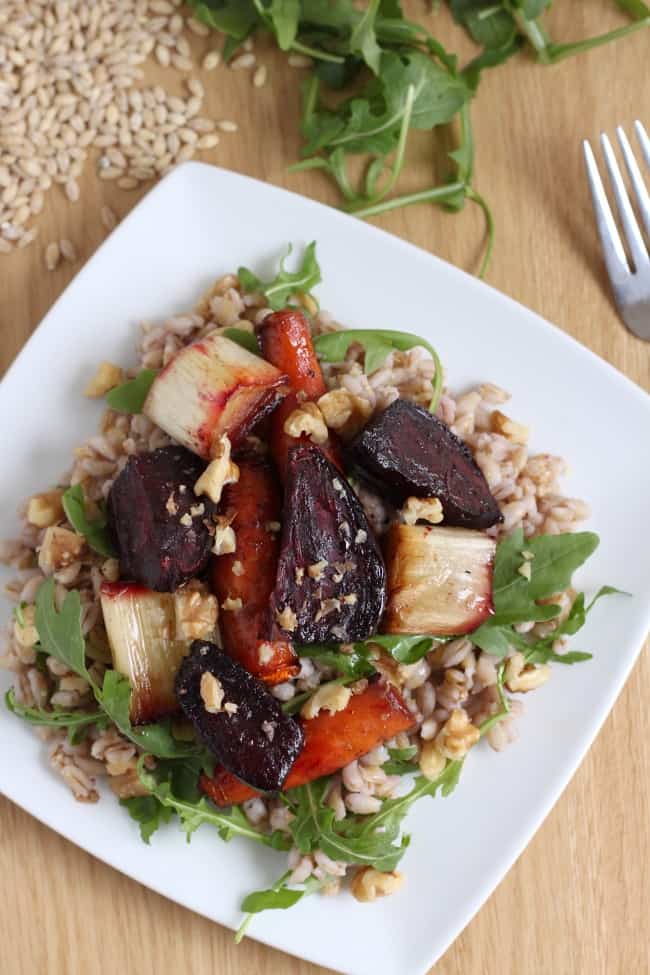 If you’re a fan of warm grain-based salads, make sure you try this roasted cauliflower, chickpea and quinoa salad: 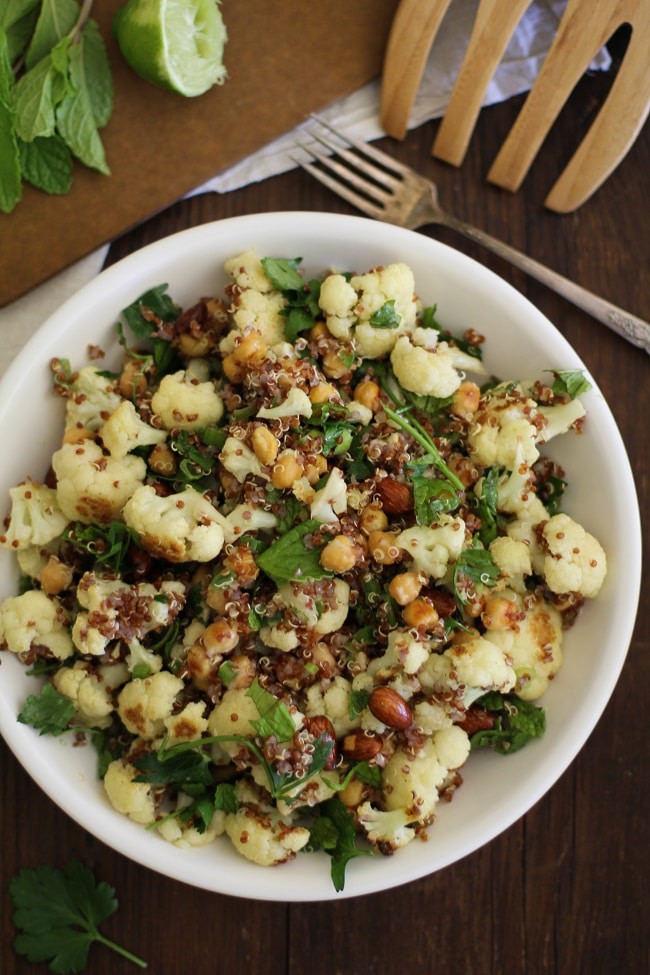 this looks so comforting and perfect for fall!

Oh I love both pearl barley and beetroot and think this sounds like a most tasty recipe for me to try!

I love pearl barley and the deal is made all the sweeter by the fact it is so cheap!

It's funny, I use quinoa, freekeh and maftoul for salads but always forget abut good old British barley. This looks fabulous and nicely 'toothsome' with its lovely, complementing dressing.