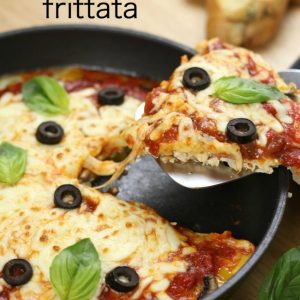 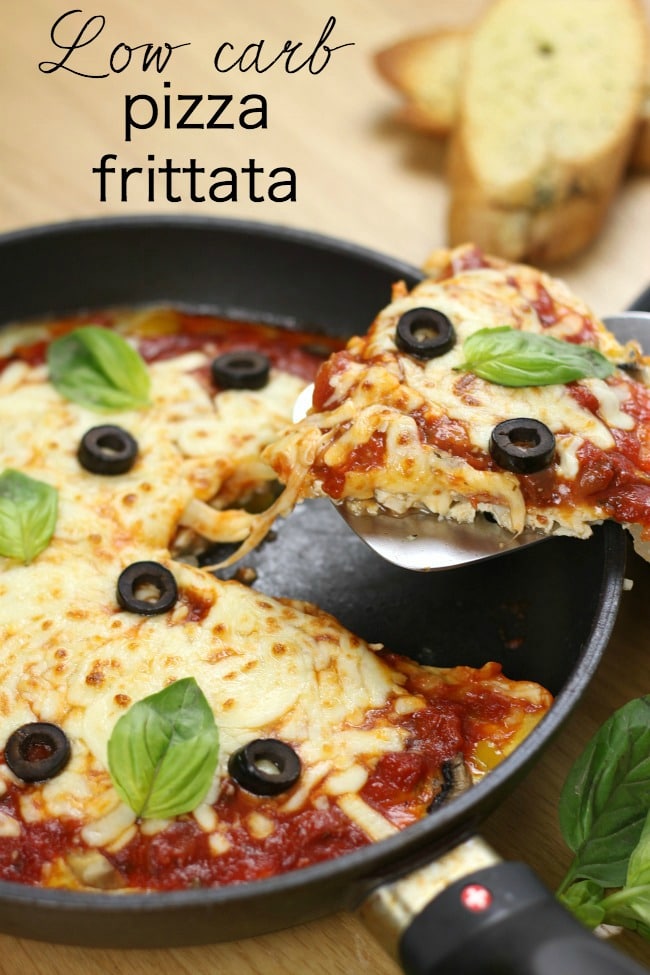 Apart from being a vegetarian, I don’t follow any particular diet. But if I was going to, a low carb diet makes the most sense to me – much more sense than a low fat diet, a raw diet, etc.

If you feel the same, here’s a low carb dinner idea for you – pizza frittata! It contains all of my favourite pizza-style flavours, but without the bread – and with a few protein-rich eggs instead. I know, it’s not quite the same as a nice crispy base, but it’s a pretty good substitute, as far as low carb pizzas go! 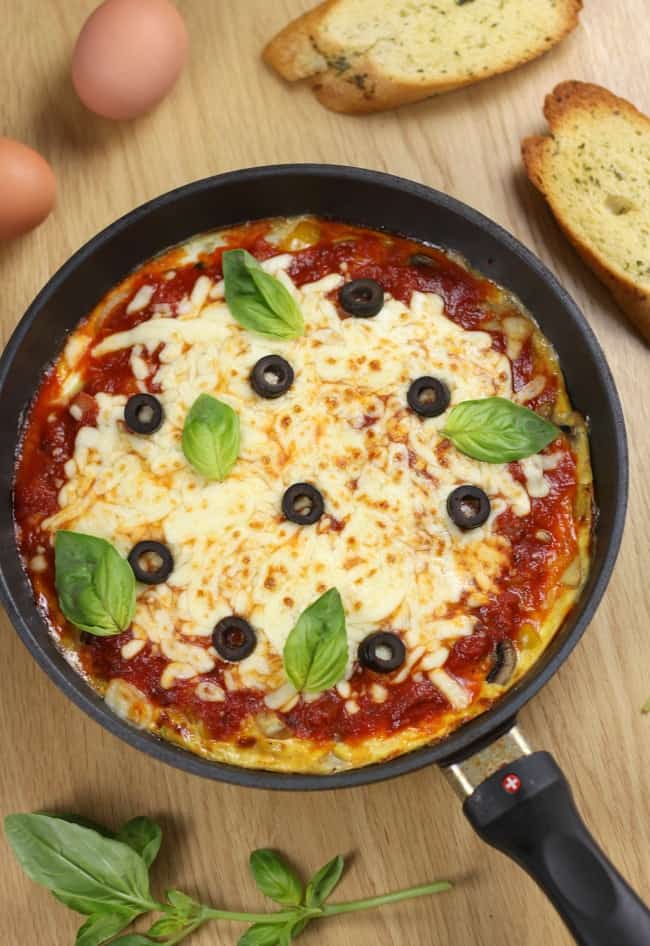 Making an egg-based pizza isn’t a revolutionary idea, but most of the time I see the eggs used as part of a cauliflower pizza base (here’s an example from one of my favourite food blogs) – and although cauliflower bases look amazing, they’re a bit more labour intensive than my ‘cook eggs –> eat’ version. 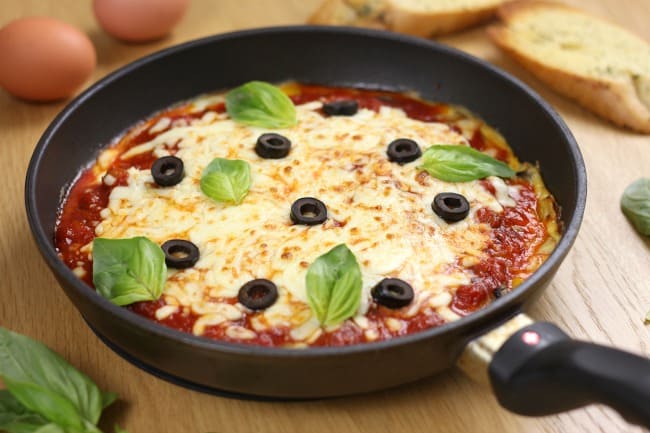 Of course, it’s not particularly normal to need a spatula to serve up a pizza, and you definitely can’t eat it with your hands (though if I’m honest, I always eat pizza with a knife and fork anyway… who’s with me?) – but other than that, the flavours are spot on. It’s pretty hard to argue with something that’s smothered in tomato sauce and mozzarella. 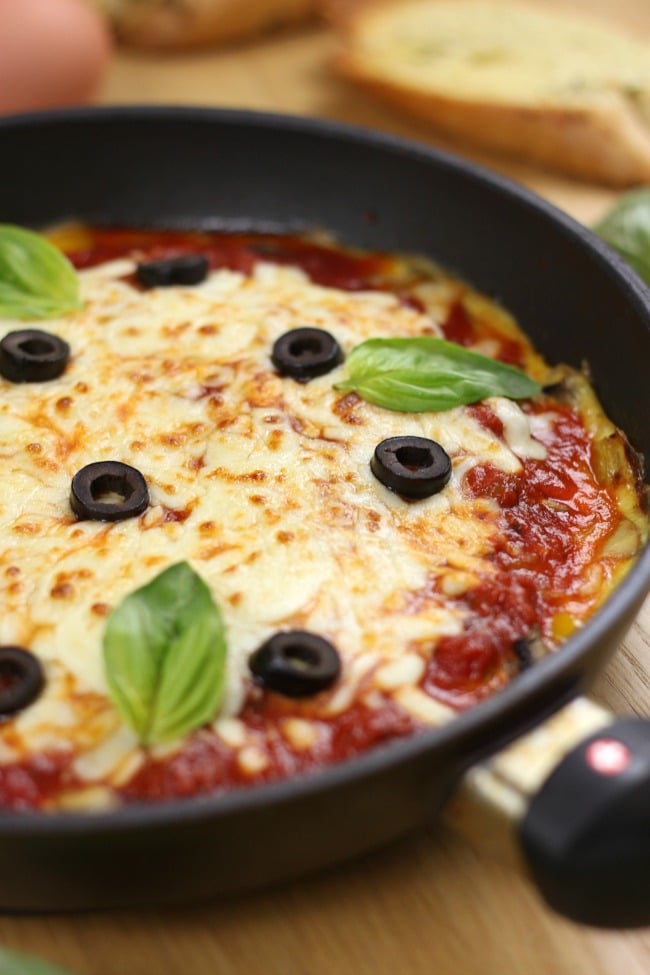 It’s almost an upside-down pizza too, because most of the ‘toppings’ are actually underneath, inside the frittata. I went for peppers, onion and mushrooms, but if you don’t dig my choices, feel free to go for your favourite pizza toppings. As long as you cook the moisture out of them before adding the eggs, most veg will work.

The only thing I put on the top (other than the sauce and cheese) was some sliced black olives – because if anything can make something look like a pizza, it’s olives. I had to restrain myself pretty hard from making a smiley face with them.

By the way, you might have noticed that I served my pizza frittata with some garlic bread. I’m not actually on a low-carb diet, after all. Feel free to skip it if you are! 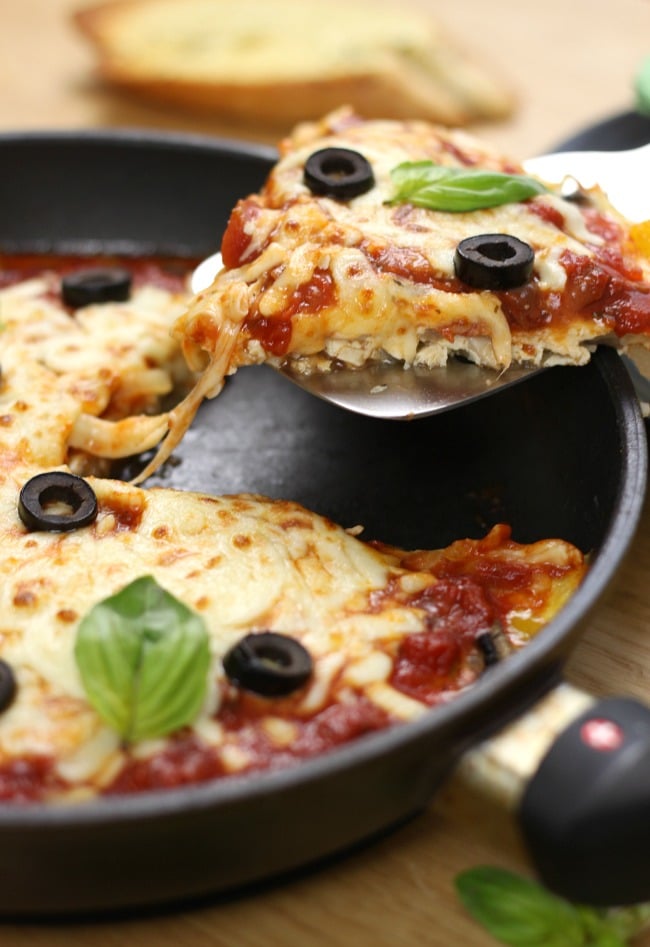 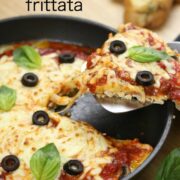 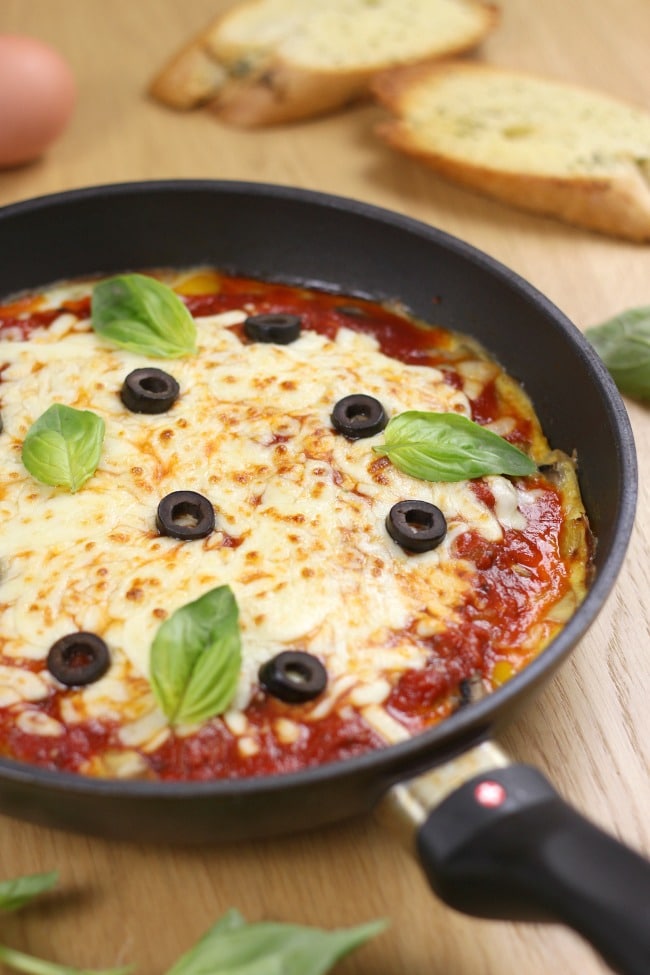